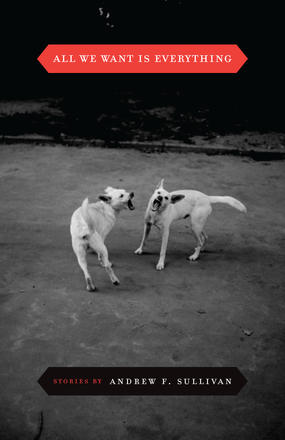 All We Want is Everything, Andrew F. Sullivan's exceptional debut collection of short stories, finds the misused and forgotten, the places in between, the borderlands on the edge of town where dead fields alternate with empty warehouses--places where men and women clutch tightly ... Read more

All We Want is Everything, Andrew F. Sullivan's exceptional debut collection of short stories, finds the misused and forgotten, the places in between, the borderlands on the edge of town where dead fields alternate with empty warehouses--places where men and women clutch tightly at whatever fragments remain. Motels are packed with human cargo, while parole is just another state of being. Christmas dinners become battlegrounds; truck cabs and bathroom stalls transform into warped confessionals; and stories are told and retold, held out by people stumbling towards one another in the dark.

Frightening, hilarious, filled with raging impotence and moments of embattled grace, All We Want is Everything is the advent of a tremendous new literary voice.

Andrew F. Sullivan is from Oshawa, Ontario, and graduated from the University of Toronto. He has worked in a liquor warehouse and a video game store, and is the associate fiction editor for The Puritan. Andrew's writing has been been published in a number of literary journals, including Grain, Joyland, and Little Fiction. All We Want is Everything is his first book.

All We Want Is Everything is a slim book but it is jammed with stories that drip with guts, bodily emissions, and heartache, told by narrators who long for a real connection. The writing is a clean right hook that lands with precision. . ..It's a startling debut by one of my new favourite writers whose promise is clear and future looks bright. Write his name down because hopefully he's going to be a big deal. --Zoe Whittall, The Globe and Mail

The 20 stories in All We Want Is Everything are hard and unforgiving, dragging the reader bodily through a world in which factory machines mangle workers beyond repair and clouds of birds descend on a city, turning it into a toxic wasteland of filth and unbreathable air. --Steven W. Beattie, The National Post

Reading Sullivan's visceral, understated prose is roughly equivalent to watching a train wreck--horrifying, yet compelling, at the same time. . .. Sullivan should be commended for his strong commitment to voice and his uncanny ability to plumb the depths of these characters. This is a bold and arresting debut. --Bev Sandell Greenberg, Winnipeg Free Press

Andrew F. Sullivan wields his prose swiftly, expertly, slicing away all soft flesh and precious angles to get to the hidden marrow of his characters unquiet lives and then, when all seems hopeless, twists the knife slightly toward a momentary tenderness that's even more startling. All We Want is Everything is an unnerving, discomfiting, totally original debut. --Miriam Toews, author of Irma Voth and A Complicated Kindness

Andrew F. Sullivan is a big burly writer, and in All We Want is Everything he gives us a big burly world, one that exists just beyond the edge of the world most of us like to think that we know. If you love fiction, the one name you must remember is Andrew F. Sullivan. Starting here and now, do not miss anything he writes. --Jeff Parker, author of Ovenman and Igor in Crisis

In All We Want Is Everything, Andrew F. Sullivan assembles a collection of short stories that are at once tragic, mortifying and funny. Although Sullivan's voice is evident throughout the seventeen stories, each is different enough that the narratives seldom feel repetitive. These are the kinds of tales you love to read but are glad are not happening to you, involving estranged family members, childhood memories and personal and financial struggles. "The Lesser Half of Sir John A. MacDonald," about a man who has travelled the country to find a city that will not break him, is particularly strong. --Chris Hanna, Maisonneuve

All We Want Is Everything is darkly funny at times, graceful at others and gritty throughout--a good read for those who are interested in the way people ruin and trap themselves, and the way they learn to cope with a world that is reluctant to help. .--Justin Brouckaert, Sundog Lit

There's a mantra, for crafting short fiction, which claims "a good short story opens on a scene in progress, and never really ends. " A short story is a snapshot of a life in progress, focused on a pivotal moment in the character's life. Sullivan embodies this mantra, and his snapshots are more like dark portraits of society's underbelly; its most sinister desires and unspoken realities. From his catchy opening lines to his killer closing lines, there's not a wasted word on the pages of this book, and you will, more than once, be picking your jaw up off your lap. --Chad Pelley, Telegraph-Journal 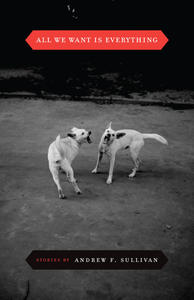