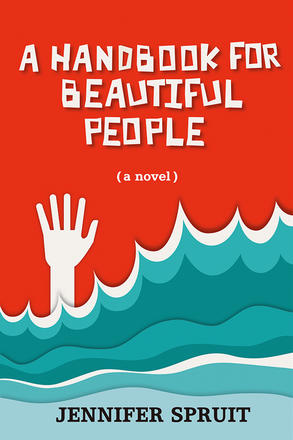 When twenty-two-year-old Marla finds herself unexpectedly pregnant, she wishes for a family, but faces precariousness: an uncertain future with her talented, exacting boyfriend, Liam; constant danger from her roommate, Dani, ... Read more

When twenty-two-year-old Marla finds herself unexpectedly pregnant, she wishes for a family, but faces precariousness: an uncertain future with her talented, exacting boyfriend, Liam; constant danger from her roommate, Dani, a sometime prostitute and entrenched drug addict; and the unannounced but overwhelming needs of her younger brother, Gavin, whom she has brought home for the first time from deaf school. Forcing her hand is Marla's fetal alcohol syndrome, which sets her apart but also carries her through. When Marla loses her job and breaks her arm in a car accident, Liam asks her to marry him. It's what she's been waiting for: a chance to leave Dani, but Dani doesn't take no for an answer. Marla stays strong when her mother shows up drunk, creates her own terms when Dani publicly shames her, and then falls apart when Gavin attempts suicide. It rains, and then pours, and when the Bow River finally overflows, flooding Marla's entire neighbourhood, she is ready to admit that she wants more for her child than she can possibly give right now. Marla's courage to ask for help and keep her mind open transforms everyone around her, cementing her relationships and proving to those who had doubted her that having a fetal alcohol spectrum disorder does not make a person any less noble, wise or caring.

Jennifer Spruit grew up in Lloydminster, AB/SK, alongside pump jacks, farm machinery, and its endless, sparkling winter sky. Her affair with writing began with a Grade One story about a tractor, but she has since become engaged in writing about people. She studied Creative Writing at UBC and now lives in Courtenay, on Vancouver Island, where she enjoys playing folk and bluegrass, teaching kids, and rowing a blue canoe. Her work has appeared in Arc, The Antigonish Review, Prairie Fire Magazine, and SubTerrain Magazine, among others. A Handbook for Beautiful People is her debut novel. She is currently at work on a second novel.

Marla sleeps in the car through the foothills and mountains to Banff, soothed by the dark and Liam's edifying jazz playlist. She awakens at their hotel, a wooden palace; the snow is so much deeper here, so much more like a Christmas card. Elk nose in the snow outside the lobby window, and the banister under her hand is shiny with use. Even the lights make Marla feel beautiful, but something about the air reminds Marla of a different trip to Banff, with another man Liam's age. A curled lip and a hard, ugly body. But that was ages ago.

They eat in a jolly pub with candles and mounted antlers on the walls. There are probably a hundred people in this tiny place, but it doesn't feel too noisy. Just warm.

Liam puts his hands on hers. "You told her I hit you?"

Liam brings out a little box. "Listen, I don't think we'll need her help. Marla," he says, and stands only to bend down on one knee, "I want to marry you. "

She jumps up and knocks her plate onto the floor. "Yes!" she shrieks, holding her hand out for him to put the ring on. She's kind of shaking. It's like everything she imagined it would be and more.

A waiter stoops to collect her upended plate. "I'm getting married," Marla tells him. People at tables near them applaud until Marla feels like the queen of the universe.

Liam grips her hand. "We can get married in the summer, after the baby's born. "

"Are you saying you want the baby?"

Liam does not look at her the way a man in a movie would, with passion fogging up his eyes. He sits, smoothing his napkin on his lap. "Marla, it's my child. If you're set on having the baby, I should be a part of it. " He swallows and corrects himself. "I want to be a family. I want you to move in with me. "

Marla is sorting this out, reconfiguring her mental image of being a mommy onto Liam's house, with his bed and his instruments and his students, which would totally be cleaner and quieter but completely without Dani. Marla remembers the last time Dani was on her own. "Sure, as soon as Dani can get her own place, I'm in. "

"Why do you owe her? What is she about?"

Liam sets his jaw and leans on his elbows. "I don't know your part in it. "

Marla can't get into that, so she focuses on the edge in his voice and how it bangs into the warm space of the restaurant. "She helps me. "

"She's dragging you down. "

No one should be insulting Dani, especially not someone who is also supposed to be looking out for Marla. "Why did you hit me with that cupboard door? Because I read your letters?"

Liam speaks in a low voice. "You're accusing me of beating my pregnant girlfriend. That's the sort of man you think I am?"

"You know it was an accident. " Liam snaps the ring box closed and grips the edge of the table, his voice an angry whisper. "Let me get this straight: you're twenty-three and you work at a diner and you're saying no to a father for your baby because of your junkie friend? And you think I hit you?" People at the next table erupt in totally unrelated laughter.

A waitress brings them a floating candle while someone else dims the lights. Marla tries to collect all the thoughts in her head, but Liam is totally bent on whisper-fighting with her. "I want to know-did you do it on purpose?"

Marla scrapes her nails under the table, scratching off grains of wood. "Get pregnant? No!"

"I thought it was so you could unload Dani and live with me, but now I think you did it to punish me. Talking you out of an abortion. You'll be rolling in child support, laughing it up together. " He has a hurt look on his face like he actually believes that.

"You didn't even want the baby until an hour ago. "

"Listen: Dani's not my girlfriend, and she's got her own money-"

Liam doesn't understand that it is Dani who gives Marla the courage to do everything difficult, Dani who told her it would be hard, but manageable. Dani who doesn't talk in riddles and so obviously loves Marla that it scares her a bit. You don't get it at all!" People murmur and stare, and now Marla is the trashy girl at the nice restaurant again.

The waiter edges by, and Liam pulls on his earlobe. "Don't do this here. "

"Do what-figure it out? That's what everyone's doing. " She makes her voice calm and looks him in the eye.

He looks around the room to see if anyone is looking at them, but they're trying not to. She waits, which is what she should have done in the other restaurant when she told him about the baby. He's off balance, but if she can be confident, he'll feel her strength and meet her halfway. His face moves, and she lets him work it out, practising her patience.

It's true. He leans closer, embarrassed. "I'm sorry. I'm under a lot of stress," he says, like he's apologizing that she has to see him this way. "Look. I believe you, and I shouldn't have said all that, especially about the baby. But you need to know I'd never hurt you. Otherwise this can't work. "

Marla pushes her new plate away. The smell of ketchup is making her nauseous. "Fair enough. I like you, Liam, but you have to like me too. "

"Good. Then we're engaged. " He leans back in his chair and signals for the bill.

Liam pauses with his arm in the air. "Marla, I love you, and I will marry you and raise our child. But, just to be clear, I'm not marrying Dani too. " He stands up, thin and beautiful and impossible. "You have to make a choice-the sooner, the better. "

"Jennifer Spruit has such a distinct, poignant voice, and her briiliant debut novel A Handbook For Beautiful People highlights this perfectly. Through sharp characters and their complications, a driven narrative develops, enveloping us before we have a chance to judge. Jump into this novel. It will sweep you up. "
-Joseph Boyden, author of The Orenda 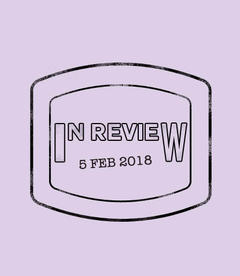 Other titles by Jennifer Spruit