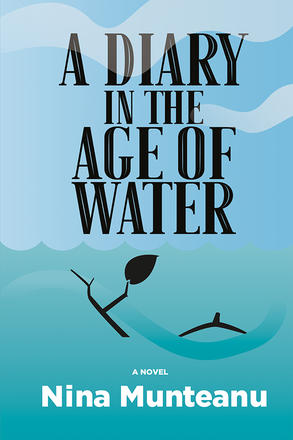 Centuries from now, in a post-climate change dying boreal forest of what used to be northern Canada, Kyo, a young acolyte called to service in the Exodus, discovers a diary that may provide her with the answers to her yearning for Earth's past--to the Age of Water, when the ... Read more

Centuries from now, in a post-climate change dying boreal forest of what used to be northern Canada, Kyo, a young acolyte called to service in the Exodus, discovers a diary that may provide her with the answers to her yearning for Earth's past--to the Age of Water, when the "Water Twins" destroyed humanity in hatred--events that have plagued her nightly in dreams. Looking for answers to this holocaust--and disturbed by her macabre longing for connection to the Water Twins--Kyo is led to the diary of a limnologist from the time just prior to the destruction. This gritty memoir describes a near-future Toronto in the grips of severe water scarcity during a time when China owns the USA and the USA owns Canada. The diary spans a twenty-year period in the mid-twenty-first century of 33-year-old Lynna, a single mother who works in Toronto for CanadaCorp, an international utility that controls everything about water, and who witnesses disturbing events that she doesn't realize will soon lead to humanity's demise. A Diary in the Age of Water follows the climate-induced journey of Earth and humanity through four generations of women, each with a unique relationship to water. The novel explores identity and our concept of what is "normal"--as a nation and an individual--in a world that is rapidly and incomprehensibly changing.

Nina Munteanu is a Canadian ecologist and novelist. Her novels include: Collision with Paradise; The Cypol; Angel of Chaos; Darwin's Paradox; The Splintered Universe Trilogy; and The Last Summoner. In addition to eight novels, she has authored award-winning short stories, articles and non-fiction books, which were reprinted and translated into several languages throughout the world. Her short work has appeared in Beautiful BC Magazine, Cli-Fi: Canadian Tales of Climate Change, Chiaroscuro, Hadrosaur Tales, Pacific Yachting, Strange Horizons, Nowa Fantastyka, among others. Recognition for her work includes the Midwest Book Review Reader's Choice Award, finalist for Foreword Magazine's Book of the Year Award, the SLF Fountain Award, and The Delta Optimist Reviewers Choice Award. Nina's latest non-fiction book, Water Is...--a scientific study and personal journey as limnologist, mother, teacher, and environmentalist--was picked by Margaret Atwood in the NY Times. as her #1 choice in the 2016 "The Year in Reading." She lives in Toronto.

"Evoking Ursula LeGuin's unflinching humane and moral authority, Nina Munteanu takes us into the lives of four generations of women and their battles against a global giant that controls and manipulates Earth's water. In a diary that entwines acute scientific observation with poignant personal reflection, Lynna's story unfolds incrementally, like climate change itself. Particularly harrowing are the neighbourhood water betrayals, along with Lynna's deliberately dehydrated appearance meant to deflect attention from her own clandestine water collection. Her estrangement from her beloved daughter, her "dark cascade" who embarks upon a deadly path of her own, is heartwrenching. Munteanu elegantly transports us between Lynna's exuberant youth and her tormented present, between microcosm and macrocosm, linking her story and struggles-and those of her mother, daughter, and granddaughter-to the life force manifest in water itself. In language both gritty and hauntingly poetic, Munteanu delivers an uncompromising warning of our future. "
--Lynn Hutchinson Lee, multimedia artist, author, and playwright

"Transcendent. . . . A book of genuine power, A Diary in the Age of Water, is simply and beautifully told, profoundly true; a novel that invites us all to embrace the wisdom of ages. The story stirs its readers, teaches them about the importance of water, and leaves an indubitable imprint on the canvas of the literary and scientific world. "
--Lucia Monica Gorea, author of Journey Through My Soul