Jordi Mand is a Toronto-based playwright who has worked with some of Canada’s most prominent theatre companies. Her first play, Between the Sheets, was produced by Nightwood Theatre in 2012 and has been produced nationally and internationally. The National Post’s Robert Cushman hailed her writing as a subtler, more charitable take on Mamet, with the long-range technique of Ibsen and the short-haul intensity of Strindberg.

Her play Caught was produced by Theatre Passe Muraille in 2016, and explored the concepts of morality and interpersonal justice. With sharp dialogue and an acute grasp of its contemporary thematic significance, Caught anticipated the intersection of privilege, power, and abuse that has only become more relevant since its staging. Her play This Will Be Excellent was produced by Carousel Players in 2018 and was her first foray into writing for young audiences. The show had a sold-out tour of schools across Ontario. In 2018, Mand’s play Brontë: The World Without premiered at the Stratford Festival—Canada’s largest and most prestigious theatre company. The play follows the lives of Charlotte, Emily, and Anne Brontë in a striking historical drama, which collects moments filled with passion and self-expression to show what it was like to be an ambitious woman in the 1800s.

Mand has been a playwright-in-residence with Theatre Passe Muraille, Carousel Pla

In tough times, it can sometimes be the classics that calm our nerves and wrap us in a warm blanket of nostalgia. Today's Watch This, Read That brings us a blast from the past with three films all set in yester-year paired with books that all offer refreshingly different perspectives. ... Read more 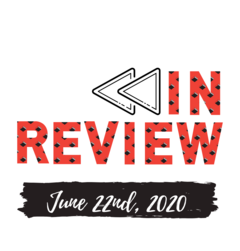 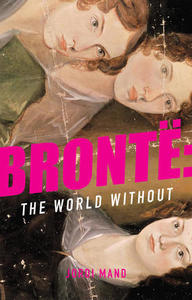 Jordi Mand's new play Brontë: The World Without (Playwrights Canada Press) is the character study we've been waiting for: the fascinating story of Brontë sisters Charlotte, Emily, and Anne unfolds in the isolated world in which they lived and wrote. And it's full of ... Read more