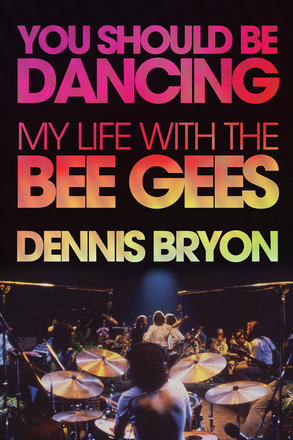 You Should Be Dancing

You Should Be Dancing

From behind the drumkit to the top of the charts: the backstage story of the Bee Gees

With worldwide sales of over 220 million records, the Bee Gees are the sixth-best-selling music artists in history. Dennis Bryon’s story of how he became the Bee Gees’ drummer during their ... Read more

From behind the drumkit to the top of the charts: the backstage story of the Bee Gees

With worldwide sales of over 220 million records, the Bee Gees are the sixth-best-selling music artists in history. Dennis Bryon’s story of how he became the Bee Gees’ drummer during their peak period offers many never-before-told tales about such infectious hits as “Stayin’ Alive,” “How Deep Is Your Love,” and “Night Fever.” From Dennis’s beginnings in a Welsh band to his crucial role in the superstar group, You Should Be Dancing reveals unforgettable stories of his encounters with many famous musicians, including the Bee Gees themselves, Andy Gibb, Michael Jackson, Jimi Hendrix, and Olivia Newton-John. Illustrated with Bee Gees photographs and ephemera, Bryon’s memoir takes Bee Gees fans and music enthusiasts alike on one of the wildest rides in pop history.

Dennis Bryon is the acclaimed drummer who first tasted success with Amen Corner, the celebrated Welsh rock band that had six hits in the U.K., including a number one. In 1973, Dennis joined the Bee Gees and played drums on nine #1 singles and on the 40-million-copy bestselling album Saturday Night Fever. Dennis lives in Nashville, Tennessee.

"Whether you are a Bee Gees fan or just love rock history and all of the backstage hoopla that goes with the territory, this fascinating and well-written journey in the life of one of the world’s foremost drummers is not to be missed." — Dish Magazine

"With You Should Be Dancing, Bryon takes the reader along with him on his ride, and he makes it feel like the reader is truly a fly on the wall. . . . The book is a relatively quick read at not quite 250 pages, but it goes by too fast. This is the mark of a good memoir." — Under the Radar Magazine

"It’s all here — the gold, the glory and the groove! This book is essential reading for anyone who loves music, history, and the adventure we call life." — Zoro, award-winning drummer for Lenny Kravitz, Frankie Valli & The Four Seasons, and Bobby Brown

"You Should Be Dancing: My Life with the Bee Gees is an engaging and fun insider’s look at an important time in music history, as chronicled by the drummer of one of rock’s most iconic bands. Dennis Bryon’s charismatic autobiography features history, insights, and stories from his captivating adventure, and we are enveloped, once again, in the unique and wonderful music we’ve loved and celebrated throughout our lives." — Marley Brant, author of Tales from the Rock 'n' Roll Highway