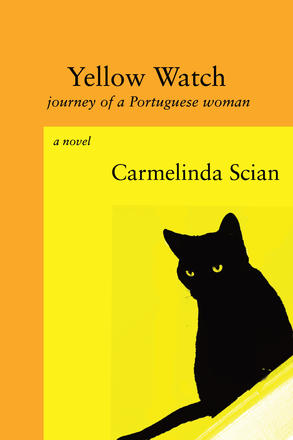 This gripping collection takes us into the lives of Portuguese immigrants as they arrive in Toronto. Beginning in tiny Amendoeiro across the Tagus from Lisbon, it describes lives of abject poverty under the fascist thumb of Antonio Salazar. The men are often out of work from the local cork factory, and the women collect scraps to eat, while the dreaded secret police remain ever watchful for hints of unrest. Men disappear. It is a life of abuse, cruelty, and superstition, observed by the girl Milita, who calmly takes her beatings from her mother but misses nothing. These Portuguese stories are easily reminiscent of early Saramago.

Carmelinda Scian emigrated to Canada from Portugal as a teenager in the late 1960s with her parents. After marriage and two children, she obtained a BA and an English MA from the University of Toronto on a part time basis while operating a hair salon. Her works have appeared in several literary magazines across Canada, the USA, and Britain and have won several prizes, including the Malahat Review's Open Season Short Fiction Writing Contest, and the Toronto Star Short Story Contest. The story "Yellow Watch" was nominated for Canada's Journey Prize, and the story "River Crossing" has been selected for the 2022 edition of Best Canadian Stories. She lives in Toronto.

"This charming collection of stories reflects what is often inherited--colourful tales in voices from people who seem far away and yet familiar. Carmelinda Scian lovingly turns these fictional characters in her hands. A moving debut. " --Anthony De Sa, author of Barnacle Love and Children of the Moon

"These beautiful stories are both haunting and comforting. Compelling characters travel disparate worlds of childhood and adulthood, of old fears and new families and face the twin complexities of migrating to the urban sprawl of Canada or revisiting ancient stone villages in Portugal. Poetic, nostalgic, and honest, Yellow Watch is a rare treat. " --Mark Anthony Jarman, author of 19 Knives

"'The Butterfly First' is a poignant and memorable account of a young girl's encounter with the tragedy and hypocrisy of the adult world. The story is told through a series of beautifully rendered scenes and the writing throughout is powerful, original, and evocative. " --Helen Humphreys, author of Rabbit Foot Bill