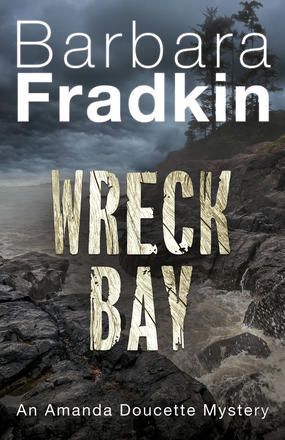 Amanda Doucette pursues the connection between a reclusive artist and the wealthy surfer who turned up dead on a remote island in Vancouver Island’s Pacific Rim in a wilderness-infused mystery perfect for fans of Jane Harper or Louise Penny.

Amanda Doucette pursues the connection between a reclusive artist and the wealthy surfer who turned up dead on a remote island in Vancouver Island’s Pacific Rim in a wilderness-infused mystery perfect for fans of Jane Harper or Louise Penny.

While exploring the rugged landscape of Vancouver Island’s Pacific Rim, Amanda Doucette is drawn to a reclusive old artist known only as Luke, who lives off the grid on a remote island. His vivid paintings hint at a traumatic secret from his past that brings to mind her own struggles with PTSD, and she begins to bond with him.

But when the body of a surfer washes up on the beach, Luke flees deep into the interior. What is the connection between Luke and the victim, and what does it have to do with Vietnam and a hippie commune from fifty years ago? Fearing Luke might do something desperate, Amanda searches for answers and races to find him before the police or the victim’s family get to him first.

Barbara Fradkin is a retired psychologist who is fascinated with why people turn bad. She is the author of the critically acclaimed Amanda Doucette series and the award-winning Inspector Green novels. She lives in Ottawa.

Fradkin, a retired psychologist, creates well-drawn, complex characters, and she knows how to build tension and drama that hold readers to the end.

The wild west coast of Vancouver Island has frequently entertained a clash of cultures, which is brought to the fore in Barbara Fradkin’s latest Amanda Doucette crime solver, Wreck Bay. Complex and intriguing, peppered with eccentric characters, off-the-grid lifestyles, and the resurfacing of deeply buried family histories, the chase is on in a wilderness tale that never lets up.

Other titles by Barbara Fradkin