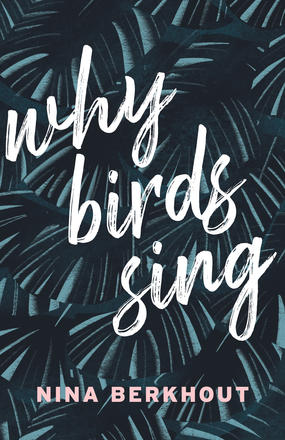 After a very public onstage flameout, a disgraced opera singer is confronted with her crumbling marriage, a prickly and unexpected brother-in-law, and a cheeky parrot named Tulip — and she must learn to whistle her way through it all.

From the author of Harper’s Bazaar ... Read more

After a very public onstage flameout, a disgraced opera singer is confronted with her crumbling marriage, a prickly and unexpected brother-in-law, and a cheeky parrot named Tulip — and she must learn to whistle her way through it all.

From the author of Harper’s Bazaar Hottest Breakout Novel The Gallery of Lost Species comes a charming, lively, and deeply felt story that is perfect for readers of Miriam Toews’s A Complicated Kindness and Amy Jones’s We’re All in this Together.

When opera singer Dawn Woodward has an onstage flameout, all she wants is to be left alone. She’s soon faced with other complications the day her husband announces her estranged brother-in-law, Tariq, is undergoing cancer treatment and moving in, his temperamental parrot in tow. To make matters worse, though she can’t whistle herself, she has been tasked with teaching arias to an outspoken group of devoted siffleurs who call themselves the Warblers. Eventually, Tariq and his bird join the class, and Dawn forms unexpected friendships with her new companions. But when her marriage shows signs of trouble and Tariq’s health declines, she begins questioning her foundations, including the career that she has worked so hard to build and the true nature of love and song.

Nina Berkhout was born and raised in Calgary, Alberta, where she earned a degree in Classical Studies at the University of Calgary. After completing an MA in Museum Studies at the University of Toronto, Berkhout moved to a remote island in the Bahamas to set up a community museumthe setting for her first collection of poetry, Letters from Deadmans Cay (NeWest Press). Berkhout currently lives in Winnipeg, where she works as a historical researcher. Nina Berkhout is also a poetry reader for Contemporary Verse (CV2) Magazine.

“We’re the Warblers,” the tuning fork woman said. She was wearing suspenders over her lumberjack shirt. She was probably often mistaken for a man until she spoke. Her stockiness didn’t match her voice.

The redhead stiffened and adjusted her lime cuffs, which glared brightly against her white arms. “We’re a registered organization dating back to 1950. During our heyday, we had over two hundred members. ”

“We’re what’s left,” the old man added, toasting a cookie at me. He ate from a box in his lap.

“Why whistling?” I asked.

They stared. I stared back.

“Because it feels good,” the wrestler said. “And it’s free. ” He gave a wide smile and shoved his hands under his armpits.

“Whistling’s not my profession,” I told them.

“We know you sang. ” The teenager grinned.

They shot each other knowing looks before turning back to me.

“We thought you could counsel us for our upcoming Biennial,” the old man said.

I asked for clarification.

“There are local chapters like ours across the country. ” The redhead spoke slowly, as if I were a child. “We meet up every second year. There’s a competition and we need help winning. Because Jojo here, despite her family connections, never pulls through. ”

“I thought you did this to feel good,” I said.

The redhead folded her arms. “I want my trophy. Everyone steers clear of opera for the classical component of the contest. That’s our in. ”

“Why would they avoid opera?” I asked.

“He means over the top,” the old man added.

“It’s the acting that’s unfortunate,” the redhead said. “Do they not equip you lot with lessons?”

“Capturing the joy that’s brought through camaraderie and passion, Why Birds Sing is an inspiring novel focused on the power of connections. ” — Foreword Reviews`

“A bratty parrot, a group of whistlers, an opera singer who doesn’t sing — it’s impossible not to be charmed by the characters who inhabit Nina Berkhout’s Why Birds Sing. But this novel offers so much more than just a loveable, quirky cast of misfits, and Berkhout writes with an uncommon compassion and an uncanny understanding of what it means to be human.  Why Birds Sing is an ode to the families we choose, and the love that chooses us (whether we want it to or not. ) This is a beautiful novel full of humour, warmth, sorrow, and above all, music. ” — Amy Jones, author of We’re All In This Together and Every Little Piece of Me

“An exuberant novel about the possibilities of song and community. Told with tenderness, Why Birds Sing explores life’s unexpected connections and the ways we care for and protect the people we love. Above all, Nina Berkhout reminds us that a life crisis is also a bridge, like the break in a song, carrying us past one part of our life and into the future. Like any great opera, it’s packed with a vibrant cast — star-crossed lovers, travelling whistlers, and one unforgettable bird. ” — Claire Tacon, author of In Search of the Perfect Singing Flamingo

“I really loved this book for its quiet grace, subtle humour and its quirky cast of characters … Nina Berkhout has written a gorgeous, multi-layered novel that illustrates the beauty that can be revealed when the collapsing of one life leads to the building of another. ” — Urban Info Girl blog

“The novel is both fun and funny … Readers looking for a fun and engrossing story will find Nina Berkhout delivers with plenty of finesse and sharp attention to detail — in the realms of opera, birdsong, and the little complications of everyday life. ” — The Fiddlehead 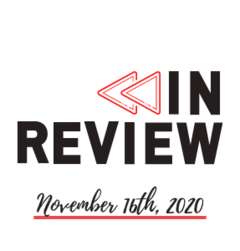 This week on the blog: a #ReadHarderChallenge, what to read after Amy Jones's We're All in This Together, cozy crime season, and more! 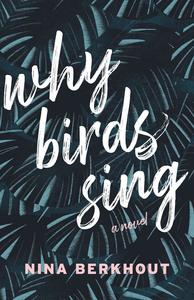 For fans of Amy Jones's We're All in This Together, Nina Berkhout's new novel Why Birds Sing (ECW Press) about a disgraced opera singer and a loveable cast of misfits, and the possibilities of song and community is the follow-up you need.

Other titles by Nina Berkhout