Where It Hurts is a highly charged collection of personal essays, haunted by loss, evoking turbulent physical and emotional Canadian landscapes. Sarah de Leeuw's creative non-fiction captures strange inconsistencies and aberrations of human behaviour, urging us to be observant and aware. The essays are wide in scope and expose what--and who--goes missing.

With staggering insight, Sarah de Leeuw reflects on missing geographies and people, including missing women, both those she has known and those whom she will never get to know. The writing is courageously focused, juxtaposing places and things that can be touched and known--emotionally, physically, psychologically--with what has become intangible, unnoticed, or actively ignored. Throughout these essays, de Leeuw's imagistic memories are layered with meaning, providing a survival guide for the present, including a survival that comes with the profound responsibility to bear witness.

You know this game, right?

It's played at dinner parties?

After a few glasses of wine?

When we've left the kitchen and the dining room and we're all sitting in the living room and there's been three-in-a-row of those awkward conversation lulls, when saying anything seems too loud so we're all busy saying nothing at all, looking interested in the carpet?

The game where you try to figure out the lie in three guesses or less?

I say: In my life I have eaten bear, shark, raw sea-urchin egg, ox-heart, seal, and caribou.

If you guess which one I haven't eaten, if you catch my lie, it's your turn to fabricate a story. To tell an untruth.

Mostly people guess bear. Especially if I'm in a city. Bear! You can't have eaten bear!

I've eaten bear. Quite a lot of bear, actually. Shanks of black bears pulled from the backs of 4x4 pickups, hunks of skinless slopping red flesh chucked onto stomped-down cardboard boxes thrown flat to keep the blood off the paint of the truck bed. Being hauled to the dump by trophy hunters. Meat res¬cued by my dad. Hundreds of pounds of meat thumped onto the kitchen counter and hacked into manageable wet slabs, chasing off the cats mewling at the fatty scent, wrapping it in newsprint, turfing it into the freezer. Turned into stew. Then fed to the dogs when it became too frostbitten for even our hungry mouths, a strange grey ice-mold that sometimes the dogs would pause over, sniff at before swallowing back in loud gulps.

If no one can guess what I haven't eaten, I get to lie again.

I could say: I have travelled to Seoul, Paris, Sofia, Istanbul, Tokyo, Delhi, and Chicago. One is a lie. It's everyone's job to figure out which place I've never set foot in.

I like the game. I like all the strange truths people keep hidden inside them. How easily a lie can be buried in such plain sight.

Praise for Where It Hurts:
"Sarah de Leeuw knows that a title is a promise and she delivers. Where it Hurts promises to be painful and honest without being tragic. These are not traditional essays, they are power-driven narratives documenting the lives of many women. Accusing the world of negligence, viciousness without articulating the accusation, it is there, under every black inked word and every laugh. We are not simply a reader but rather something of an accomplice. As we read, we document how many times we have told such a story and laughed. We don't feel guilty, but we do want some kind of epiphany and transformation by the time we see the end of the collection. Powerful strategy and a great read."
~ Lee Maracle, author of Celia's Song and Memory Serves
"In her poignant prose, those who suffer are honoured and memorialized."
~ Patricia Dawn Robertson, Quill & Quire
"Like 'Soft Shoulder,' the rest of the essays in Where it Hurts are tremendously moving. Beyond merely inviting empathy, they invite us to consider the wounds we don't know are there."
~ Melanie Brannagan Frederiksen, Winnipeg Free Press
"The essays in Where It Hurts are deeply felt, original, and a moving requiem for lives extinguished too early to have left a trace."
~ Lauren Kirshner, Room
"Perhaps the most productive way to read the essays about missing and murdered women and children is to see them as crucial conversation starters. Here, ideally yet uncomfortably, readers become responsible for what they witness; they must face these cruelties and find ways to move forward."
~ Susie DeCoste, Canadian Literature
"...the world needs more writers who are unafraid to write in ways that help us see as much and as clearly as Sarah de Leeuw does."
~ Heidi Greco, BC BookLook 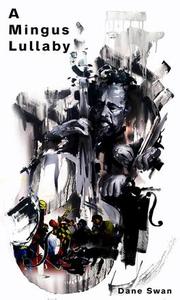