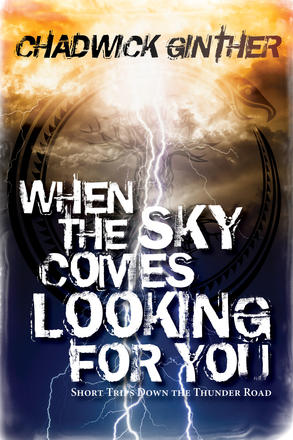 When the Sky Comes Looking For You

When the Sky Comes Looking For You

Come along for another trip down Thunder Road. Since Ted Callan's fateful encounter with a roomful of Dwarves his world has exploded with Gods and monsters, Giants, Witches, and more.

When the Sky Comes Looking for You expands upon the Thunder Road trilogy with a series of short ... Read more

Come along for another trip down Thunder Road. Since Ted Callan's fateful encounter with a roomful of Dwarves his world has exploded with Gods and monsters, Giants, Witches, and more.

When the Sky Comes Looking for You expands upon the Thunder Road trilogy with a series of short stories, both loved and brand new, from acclaimed author Chadwick Ginther.

Originally from Morden, Manitoba, Chadwick Ginther is the winner of The Mary Scorer Award for Best Book by a Manitoba Publisher, and the winner of The Michael Van Rooy Award for Genre Fiction. His short stories have appeared in many speculative fiction publications, and he co-hosts the Winnipeg arm of the Chiaroscuro Reading Series. A bookseller for over a decade, Chadwick Ginther lives and writes in Winnipeg.

A Door in the Rock

There had been an 'Äúaccident'Äù with a troll from the mine.

It was the talk of Svarta Mining, that troll, and how it wouldn't return to any dwarf's call. Brunna Sindradóttir volunteered to try one last time, before it was destroyed, because her parents had crafted more rock trolls for the Company than all other dvergar together'Äîand this rogue troll happened to be one of theirs. She'd been promised right of travel if she succeeded. She'd make the troll recognize her blood.

So far the Company had kept the Flin Flon RCMP out of their business. Locals listened to the Company. Veiled by the illusion of jack-knifed tanker trailer, was a maimed and angry rock troll, wailing over its dead handler and not allowing anyone near the body.

Brunna didn't know why they'd bothered with a cover story at all. Let the Northern Miner put the troll on its front page. Invite the damned CBC. Her uncle Andvari wanted the dvergar to return to the days of old, crafting legends. How could that happen when mortals turned a blind eye to what happened around them? If humans never saw magic, how would they know to seek out dwarves for weapons to fight monsters? How would they forge new legends?

How would they even know there were dwarves?

On the road leading to the troll, she could see the smokestack from the Company's smelter'Äîtaller than the Eiffel Tower'Äîstanding out from the rock like a giant's middle finger directed at her. There was nowhere in town that she couldn't see that stack, or its trail of smoke, venting waste from the Company's mortal and magical labours.

Flin Flon, dubbed 'ÄúThe City Built on Rock,'Äù was about 800 kilometres north of the provincial capital of Winnipeg. It was a border town, straddling the provinces of Manitoba and Saskatchewan in the same way it bordered the magic and mundane. Not large as cities go'Äîsix thousand souls, give or take. But it had been a perfect place for the dvergar to settle, carved out of the Canadian Shield as it was. And the ancient volcanic belt had been a shield indeed, in the days after Ragnar√∂k.

They say that happened. God fought god. Monsters ate the sun and moon. Winter never ended. The dead walked. The very sky shattered. Brunna hadn't seen it, but it was recorded in S√∂gusalur the History Hall, that the Nine Worlds had ended. But here we are. Still living.

If one could call being in this tiny town living.

Her wayward troll waited near a path leading to the lake; she hoped it hadn't rambled. If it had, she'd hunt it through the residential streets, where magic was myth and dwarves were naught but a story.

Which would complicate things.

But that story was changing. Magic was returning to Midgard.

Which meant soon, humans would come to dvergar again. For weapons. For charms. For jewels. And they would pay, in gold or favours. Humans would always pay for glory.

Brunna wanted the time of legends to return as much as any dwarf, if not more. Her parents had talked of nothing else since she was a squalling youth. She also wanted to be long away from the tunnels, seeking adventures of her own when that happened. Once the glory seekers came, a life of crafting supplies for the stories of others would be her doom.

Brunna wanted stories of her own, not to be an afterthought in others'.

'ÄúSoon enough,'Äù she whispered, slapping the dash of her pickup.

It was an old truck, big, and ugly, but it could hold the rock troll, and the truck's covered box would help to hide it and its dead handler from prying eyes. 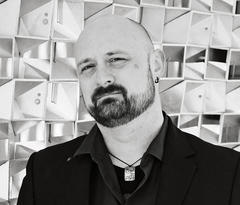 Master of the Canadian fantastic Chadwick Ginther graciously answered our Proust questionnaire, letting us know how he turned the fantasy of writing into writing fantasy (like his most recent short story collection When the Sky Comes Looking for You, Turnstone Press), and ... Read more

Other titles by Chadwick Ginther