After barely surviving the events of The Killer Trail, Vancouver psychiatric social worker Chris Ryder once again finds himself at the centre of a high-profile murder case: Marvin Goodwin, a young man who falls on the extreme end of the autism spectrum, is found covered with ... Read more

After barely surviving the events of The Killer Trail, Vancouver psychiatric social worker Chris Ryder once again finds himself at the centre of a high-profile murder case: Marvin Goodwin, a young man who falls on the extreme end of the autism spectrum, is found covered with blood at the murder scene of a local ice cream truck driver. When Chris is called in to learn what he can about Marvin, he finds that the weight of blood might just be too much for him to bear.

Complicating matters are Chris' strained relationship with his father; the vicious actions of his half-brother, Ray; the blinding spotlight of the media; and the aftereffects of trauma. In The Weight of Blood, D. B. Carew has given us a protagonist who is trying to hold everything together while staunching blood that both spills and connects.

D.B. Carew is a crime fiction writer who was born in Newfoundland and Labrador. He now lives in Coquitlam, British Columbia with his wife and their two children, along with their Cocker Spaniel. D.B (Derrick) has worked at a forensic psychiatric hospital for over twenty years, and his experiences as a forensic social worker serve as inspiration for his novels. He is a member of Crime Writers of Canada, the Federation of BC Writers, and Crime Writers Association. His first book, The Killer Trail was shortlisted in 2013 for the Crime Writers Association (CWA) Debut Dagger for unpublished manuscript, and was published by NeWest Press in 2014. His follow up novel, The Weight of Blood, was released fall 2020.

Chris hadn't stepped two feet outside Stephanie's condo later that morning when the headline Ice Cream Vendor Beaten to Death caught his attention. He picked up the paper and skimmed the article by Vancouver Tribune crime reporter Lucy Chen.

The body of a 69-year-old man was discovered Saturday by a driver on Highway 7 in Hope. The victim has been identified as Alberto Bianchi. A suspect has been taken into custody.

Bianchi, an ice cream vendor, was a popular figure for generations of Hope residents, and his death has shocked his family and the local community.

Bianchi's daughter, Maria Gilbert, says her father was three months away from closing down his mobile ice cream business, one he'd operated on the same route for more than 30 years.

"My father loved putting smiles on people's faces. He never hurt anyone his whole life. I just don't understand why someone would do something like this. "

It's believed Bianchi was taking a back road to his home when his ice cream truck broke down. Police are asking anyone who may have noticed Bianchi or his truck to come forward.

The suspect, Marvin Aaron Goodwin, 20, was arrested at the scene. Goodwin is expected to make an appearance at the Hope courthouse today to face one count of murder.

Chris viewed an attached photo of a beaming Bianchi posing beside his ice cream truck in 1993. He sympathized with the man's family who must be struggling to come to terms with his murder.

Chris tried to kick-start his brain into work mode as he drove into the parking lot at nine in the morning. Located in Coquitlam, British Columbia, about thirty kilometres outside Vancouver, the Institute of Forensic Psychiatry provided court-ordered psychiatric assessments and treatment for people with mental health challenges who'd come into conflict with the law. Chris worked on Alpha Unit, the maximum- security remand unit. On the radio, the Boomtown Rats were singing "I Don't Like Mondays. "

Chris checked in at the hospital's reception desk, manned by Horace Greening, a security officer. "Hey, Chris, I scored a ticket for the Canucks game!" the brawny man boasted.

"Hopefully, you won't be the only one scoring. They couldn't buy a goal on Saturday. " Chris couldn't resist giving the gears to Horace, a rabid fan of the Vancouver hockey team. This year, Horace wasn't alone on the bandwagon, as the Canucks had found a way to advance to the Western Conference final in the Stanley Cup playoffs. This was the first May in a number of years that players were perfecting their slapshots rather than their golf swings. "Pressure's on now. They're down two games. "

"A couple more games like Saturday's and they won't. "

Once in his office, Chris set down his weathered messenger bag and turned on the computer to review his email. While it warmed up, he noticed his sole remaining plant on the windowsill was in desperate need of water, with brown leaves littering the ledge. He was about to water it when a tap at his door distracted him. It was psychiatrist Marilyn Stevenson, a copy of the Tribune in hand. "How was your weekend?"

"Good. Yours?" Chris had been a social worker at IFP for ten years, and for most of that time, he'd worked with Marilyn, one reason he still enjoyed working there.

"A little reading and some gardening. Nice and quiet, unlike today. " She handed the newspaper to Chris so he could see the headline. "Meet our new admission. "

"That's what Admitting tells me. "

"What do we know about him?"

Dr. Stevenson shrugged. "Not a whole lot. He was found at the scene covered in ice cream and blood. So we know he likes his frozen treats," she added with a grin. Chris groaned, knowing that dark humour was a necessary coping mechanism in their line of work. "All he had on him was an expired BC medical card. Police got nowhere with him, and the staff at the pre-trial centre couldn't get anything out of him. "

"He doesn't appear to be deliberately withholding information. It's more a question of his mental capacity to cooperate, which is why he's been ordered here for a fitness assessment. He was triaged as a priority admission. "

"According to the notes from pre-trial, his ability to communicate verbally is limited. It looks as if he's got severe cognitive deficits. Admitting says he's scheduled to arrive between two-thirty and three this afternoon. I plan on seeing him at three-thirty. It would be great if you could join me. "

"I'll be there. I'll do a little digging before then to find out what I can about him. There's got to be family or someone who knows him. "

"Keep in mind, Chris, that you're not the only one digging for information. I already had a call this morning from Lucy Chen, wanting to ask me questions about the case. I alerted Florence, who ordered me to direct all media inquiries to the communications department. "

Hearing Florence's name put the usual knot in Chris' stomach. Florence Threader was the hospital's director of patient care. He knew his director was looking out for the best interests of the hospital, but his last confrontation with her had almost cost him his job. Having the Goodwin case on Florence's radar would make Chris' life more difficult than it already was.

"Thanks for the warning. "

Praise for The Weight of Blood:
"Carew combines psychological insight with a keen sense of Lower Mainland atmosphere. The Weight of Blood is compassionate, thrilling, and timely. "
~ Sam Wiebe, award-winning author of Cut You Down and Invisible Dead
"A gripping thriller that also masterfully explores the complexity of mental health. Chris Ryder is a captivating, compelling, and compassionate character and it's impossible to not invest in his journey and well-being. "
~ A. J. Devlin, award-winning writer of Cobra Clutch and Rolling Thunder
Praise for The Killer Trail:
"D. B. Carew, a first-time novelist, is a natural whiz at generating tension that puts Ryder -- and the reader -- through an emotional wringer. "
~ Jack Batten, Toronto Star
[a] promising debut thriller. .."
~ Sarah Weinman, National Post 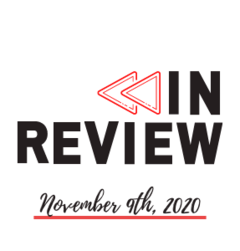 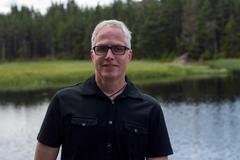 Other titles by D.B. Carew