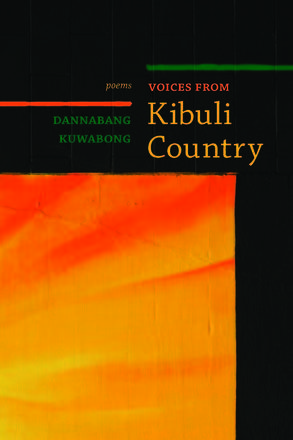 This collection results from the author's experiences in Hamilton, Ontario, where he has a home, and his travels to several Caribbean islands and the United States as a person of multiple locations and origins: Canadian, African, and Ghanaian.

This collection results from the author's experiences in Hamilton, Ontario, where he has a home, and his travels to several Caribbean islands and the United States as a person of multiple locations and origins: Canadian, African, and Ghanaian.

The Hamilton poems also look at the experiences of immigrants, their disrupted lives and loves, their broken dreams. The history of Africa Village in Hamilton Mountain, now known as Concession Street Housing finds its way into these poems. The Caribbean poems, based on visits to St. Croix, St. Martin/St. Maarten, and The Commonwealth of Dominica, as a West African person, questions the poet's assumptions within the historical realities of these islands.

The poetry focuses on the present realities and how they are influenced by the past. The author's visit to Athens, Ohio, enabled him to reflect on the Appalachian Mountains. Voices from Kibuli Country is profoundly inspired by the African experience both in the homeland and in the Americas, where many Ghanaians ended up.

Dannabang Kuwabong is a Ghanaian Canadian born in Nanville in the Upper West Region of Ghana. He was educated in Ghana, Scotland, and Canada and teaches Caribbean literature at the University of Puerto Rico, San Juan. His publications include Konga and other Dagaaba Folktales; Visions of Venom; Caribbean Blues & Love's Genealogy; Echoes from Dusty Rivers; and Voices from Kibuli Country. Kuwabong's poetry adds a new dimension to the growing body of new voices that is expanding and redefining Canadian literature. He lives in Hamilton, Ontario.

"Certainly, when Kuwabong echoes the great Afro-Martiniquan poet, Aimé Césaire and less the too-stultified style of Anglo-Saxons like Auden and Eliot, he is magnificent. . . When he is committed to scribing History's raw wounds, the imagery itself scars. " --George Elliot Clarke, Maple Tree Literary Supplement

"A powerful, incantatory work within the praise song tradition that limns locality, the local and the specific--rom Hamilton, Ontario, to St. Croix, West Indies; from the urban landscape of North America to the lush, verdant environment of the Caribbean. Kuwabong carefully and lovingly incises his poetry of place on the palimpsest of lost memory. His words summon long-forgotten ancestors who have never left us and draw a circle around the many disparate voices of Africa and the Afrospora. Voices from Kibuli Country is here, is there, is everywhere where the pain of exile exists. " --M NourbeSe Philip, author of She Tries Her Tongue and Her Silence Softly Breaks

"An archipelagic adventure, Dannabang Kuwabong arrives in the second decade of the new century from seemingly random shores, sighing, singing, certain, with a poetic text of assiduous import. " --Lasana M Sekou, author of The Salt Reaper

"These poems, lush, sharp, pliable and aromatic, are about love that one finds in a place and among a people, Haiti, St Croix, Dominica and elsewhere in the Caribbean. Each poem invites you to enter, rest and reflect for a while. ..A cohesive collection with great surprises. " --Opal Palmer Adisa, author of Eros Muse and I Name Me Name