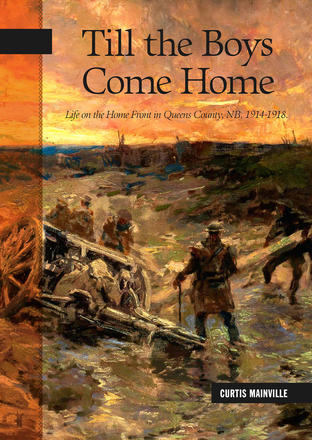 Till the Boys Come Home

Till the Boys Come Home

A century after the beginning of the Great War, the contributions of the Maritimes to the formation of the Canadian Expeditionary force remain relatively unexplored. Till the Boys Come Home examines the conduct of the war through the eyes of one particular agricultural and coal-mining ... Read more

A century after the beginning of the Great War, the contributions of the Maritimes to the formation of the Canadian Expeditionary force remain relatively unexplored. Till the Boys Come Home examines the conduct of the war through the eyes of one particular agricultural and coal-mining community.

As the clouds of war gathered across the Atlantic, the people of Queens County found themselves caught between the forces of tradition and change, struggling to balance military service with their commitments to domestic industry and charitable volunteerism. While their contribution to the overall military effort lagged behind that of the province at large, they were nonetheless determined to supply comforts to men at the front and to remind them that they were not alone in their fight — suggesting that, in the community, peoples' sense of patriotic duty extended to their main business of feeding and fuelling the province. With few exceptions, the men and women of Queens County supported the war by taking care of their own — both those from the county who volunteered for service and the families they left behind.

Drawing on a wide range of archival sources, Curtis Mainville discusses patterns of military enlistment and labour; the intersections of local, regional, and national politics; and the ongoing tensions between the war effort and domestic needs, Till the Boys Come Home links the experiences of Queens County's men and women on the home front to those of their brothers and sisters serving overseas, resulting in a rich portrait of a community at war.

Till the Boys Come Home is volume 22 in the New Brunswick Military Heritage Series.

Capt. (Ret.) Curtis Mainville, a twenty-two-year veteran of the Canadian Forces, graduated from the University of New Brunswick with a master's of arts (history) degree in 2012. He is the author of several scholarly articles on the subject of New Brunswick's social and military history and is presently engaged in the compilation of newspaper articles relating to the Great War and the twenty-six thousand men and women of the province who served in uniform.