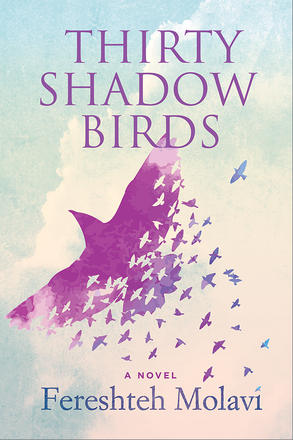 To pursue her dream of building a life free from violence for her son and herself, Yalda flees from her nightmarish past as well as her troubled homeland, Iran. But in her new haven, she realizes that nightmares haunt not only her past, but also her present and future. She does ... Read more

To pursue her dream of building a life free from violence for her son and herself, Yalda flees from her nightmarish past as well as her troubled homeland, Iran. But in her new haven, she realizes that nightmares haunt not only her past, but also her present and future. She does what she can to survive, but all her plans dissolve like the shadows and ghosts that follow her. Having fled from an authoritarian regime, and now living in a North America panic-stricken by global terrorism, Yalda is obsessed with all the forms and aspects of violence. She is estranged from her beloved son, Nader, who trains to become an armed security guard, and this means he is wearing a uniform and carrying weapons, prepared to be violent. She cannot forget that her first love was shot and killed by a young prison guard and that her beloved stepbrother also met a violent death. This family history is a wound that makes guns taboo and Yalda yearns to feel safe in a troubled world. The novel is part memory, part dream, and part present, day-to-day struggles for immigrants living in Toronto and Montreal.

Born in Tehran in 1953, Fereshteh Molavi lived and worked there until 1998 when she immigrated to Canada. She worked and taught at Yale University, University of Toronto, York University, and Seneca College. A fellow at Massey College and a writer-in-residence at George Brown College, Molavi has published many works of fiction and non-fiction in Persian in Iran and Europe. She has been the recipient of awards for novel and translation. Her first book in English, Stories from Tehran, was released in 2018; and her most recent novel, Thirty Shadow Birds, was published by Inanna Publications in 2019. She lives in Toronto.

"Fereshteh Molavi has put a very human face to the headlines, giving us a compelling account of how ordinary people cope with a legacy of extraordinary trauma and upheaval. "
--Nino Ricci, author of of the award-winning novel The Origin of Species and of the Lives of the Saints trilogy

"Just as a mere fraction of an iceberg is visible above water, so the existence in Canada of Yalda, an emigrant from Iran, is pedestrian compared to the profound experiences she has left behind. It's as though she had to acquire this distance to begin to see those formative years up close. The telescope paradoxically becomes a microscope in Thirty Shadow Birds. To begin to live in the present, Yalda will have to fight all the ravening shadows with everything she's got, from an eclectic blend of mythologies, philosophies, and religions, to magical stabs of poetry alongside non-verbal bouts of physical labour, to recovered eidetic memories laced with vertiginous hallucinations. This hard-earned grounding depends ultimately on the overarching mastery of Fereshteh Molavi with her stunning erudition, searing passion, and brutal honesty. "
--Peggy O'Brien, author of Sudden Thaw, Frog Spotting, Trusting Ice, and most recently Tongues

"Fereshteh Molavi's main character, Yalda, drifts back and forth between dreams and memories of the past that follow her like shadows. As the past duels with the present, Yalda's' life is a constant struggle, yet she is strongly mindful. Having left her birthplace for a safer land, she finds the skills and education that secured her residency in her new paradise to be unappreciated. Soon, learning she is not alone in being de-skilled, she forges new goals of learning and achievements, moving steadily along her roaring river of life, yet always accompanied by the shadows of her past. Thirty Shadow Birds speaks poignantly of the sweetness and bitterness found in every newcomer's journey to a new homeland. "
--Nasreen Pejvack, author of Amity and Paradise of the Downcasts