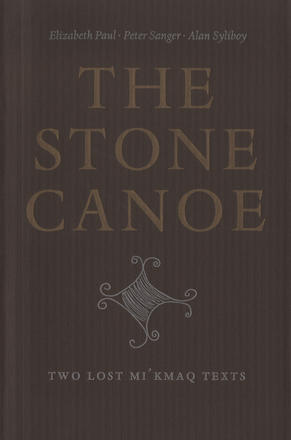 This is a story about two stories and their travels through the written record. The written part begins in the mid-nineteenth century, when Silas T. Rand, a Baptist clergyman from Cornwallis, Nova Scotia, took as his task the translation of the Bible into Mi’kmaqthe language ... Read more

This is a story about two stories and their travels through the written record. The written part begins in the mid-nineteenth century, when Silas T. Rand, a Baptist clergyman from Cornwallis, Nova Scotia, took as his task the translation of the Bible into Mi’kmaqthe language of the indigenous communities in the region. In the process of developing his vocabulary, Rand transcribed narratives from Mi’kmaq storytellers, and following his death, 87 of these stories were published in a book called Legends of the Micmacs. As his understanding of the language grew, Rand began to translate the stories as he heard them, and to record them in English. Until recently, it appeared that none of the early transcriptions in the original Mi’kmaq had survived. Then, in 2003, poet and essayist Peter Sanger uncovered two manuscripts among the Rand holdings in the library at Acadia University in Wolfville, Nova Scotia. One of these contains the story of Little Thunder and his journey to find a wife, as told to Rand by Susan Barss in 1847. The other is the story of a woman who survives alone on an island after being abandoned by her husband. It was told by a storyteller known to us now only as Old Man Stevens and dates from 1884. Both are among the earliest examples of indigenous Canadian literature recorded in their original language; the 1847 transcript being perhaps the earliest. Their publication in The Stone Canoe makes a significant contribution to our understanding of Mi’kmaq storytelling and indigenous Canadian literature.

With the same passion for research and sleuthing that characterized his two previous prose publications, Spar (GP, 2002) and White Salt Mountain (GP, 2005), Peter Sanger provides commentary that recounts the adventure of his discoveries and the paths of written correspondence, library acquisitions, name changes, transcriptions, translations and human error that separate and reconnect two stories and their tellers. He also unpacks some of the complexities of Mi’kmaq cultural motifs as they emerge in these stories.

At the heart of The Stone Canoe are the two stories themselves, including Rand’s published versions, along with new translations and transliterations by Elizabeth Paul, a Mi’kmaq speaker and teacher of the Eskasoni First Nation. Paul provides new English translations, and Mi’kmaq transliterations of Rand’s transcripts, as well as notes detailing issues of language and culture. The Stone Canoe also features artwork by Alan Syliboy, a Millbrook First Nation artist. Syliboy’s original ink drawings illustrate scenes from the two narratives, employing some of the traditional patterns in Mi’kmaq art, and work visually alongside the translations and Sanger’s engagement with the patterns contained in the stories.

Elizabeth Paul lives in Eskasoni, Cape Breton, Nova Scotia, and is one of the most prominent and active figures in Mi’kmaq language studies. She received a B. Ed. in Elementary Education from the University of New Brunswick in 1984 and since then has been engaged in formal Mi’kmaq language training as an instructor, language consultant and curriculum developer. She has frequently taught Mi’kmaq at Cape Breton University, St. Francis Xavier University and St. Thomas University.

Alan Syliboy lives in Millbrook, Nova Scotia. Since the mid 1970s his paintings, drawings and design work have been recognized as a unique contribution to Canadian cultural life. In 2002, Syliboy was recipient of The Queen’s Golden Jubilee medal for artistic achievement.

Other titles by Alan Syliboy