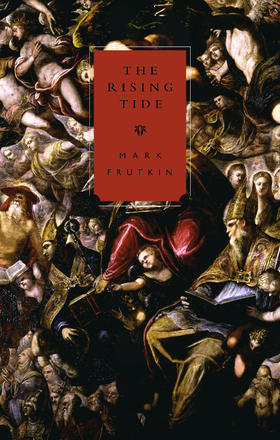 Rumours of the Second Coming of Christ abound in the City of Masks. Michele Archenti, publisher, former priest, and current confidant to the mysterious skeleton-bearer Rodolpho, finds himself swept away by a rising tide of politics, ambition and lust in eighteenth-century Venice. ... Read more

Rumours of the Second Coming of Christ abound in the City of Masks. Michele Archenti, publisher, former priest, and current confidant to the mysterious skeleton-bearer Rodolpho, finds himself swept away by a rising tide of politics, ambition and lust in eighteenth-century Venice.

Mark Frutkin is the author of over a dozen books of fiction, non-fiction and poetry. His works include the Trillium Book Award–winning Fabrizio's Return (Vintage, 2006), which was shortlisted for the Commonwealth Writers' Prize for Best Book, and Atmospheres Apollinaire (The Porcupine's Quill, 1988), which was shortlisted for the Governor General's Award, the Trillium and the Ottawa Book Award. His latest book, When Angels Come to Earth (Longbridge Books, 2020), presents a visual and poetic appreciation of Italian culture. He lives in Ottawa.

From "Strange Arrivals and Sightings"

The grey door, runneled with cracks, creaked open onto one of the narrowest alleys in Venice, a calle barely wide enough to accommodate a folded-open folio, a slit of a passage where sunlight entered for a mere twenty minutes a day.

For nearly two years, Michele Archenti had been going in and out of the door that faced this narrow capillary of an alley. Today, he was exiting his print shop to join his friend, Arcangelo, for lunch on the nearby square. A wind, from the north he sensed by its freshness, spilled down the alley's throat.

As he closed the door and turned, setting his tricorne on his head, he paused in the alley, thinking about those two years since he had arrived in Venice. They had passed as quickly as a comet coursing through the heavens.

Arcangelo posed a question before Michele had time to insert himself in his chair. "My friend, have you heard the rumors flitting about the city? Like a flock of nervous starlings. "

"Greetings, Arco. No. What do you hear?"

In his eagerness to impart his news, Arcangelo leaned forward and waved his arms about. "They say a wolf was spotted yesterday on the isle of Torcello. That in itself is unusual enough, but this wolf was seen running across a field dressed in a cleric's robes. A tattered priest's cassock fluttered across his back! Can you imagine?"

"And this in the same week the new Inquisitor arrives from Rome to take up his duties. "

"Yes. And what's more, there was a sighting, also on Torcello this week, of a strange man bearing a skeleton on his back. So many astonishing events all together. People are saying it's the Second Coming, Michele. These are signs. "

"The rumors are rampant. They say Christ returns, his crucified bones still nailed to his own resurrected body to remind all Christians of His suffering and His sacrifice. Some are claiming that this is surely a warning of the end of times. " 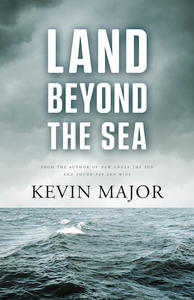 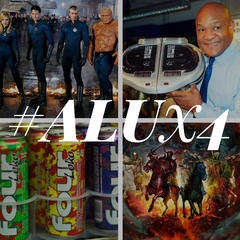 To keep our fourth Birthday from being too much of an own-horn-tooting good time – what can we say, we’re an only child – we’re looking outwards at four great things going on in Canadian Literature right now.

Other titles by Mark Frutkin