The perfect marriage of literary and speculative fiction for readers of Kazuo Ishiguro and NK Jemisin.

When Freya Tanangco was ten, she dreamed of her mother's death right before it happened. That’s when she realized she was a veker, someone with enhanced mental abilities ... Read more

The perfect marriage of literary and speculative fiction for readers of Kazuo Ishiguro and NK Jemisin.

When Freya Tanangco was ten, she dreamed of her mother's death right before it happened. That’s when she realized she was a veker, someone with enhanced mental abilities and who is scorned as a result. Freya's adult life has been spent in hiding: from the troubled literary legacy created by her author father, and from the scrutiny of a society in which vekers often meet with violence.

When her prophetic dreams take a dangerous turn, Freya finds herself increasingly forced to sacrifice her own anonymity—and the fragile safety that comes with it—in order to protect those around her.

Interwoven with themes of Filipino Canadian and mixed-race identity, fantastical elements from Norse and Filipino mythology, and tarot card symbolism, The Quiet Is Loud is an intergenerational tale of familial love and betrayal, and what happens when we refuse to let others tell our stories for us.

Samantha Garner's short fiction and poetry have previously appeared in Broken Pencil, Sundog Lit, Kiss Machine, The Fiddlehead, Storychord, WhiskeyPaper and The Quarantine Review. She lives and writes in Mississauga.

"In The Quiet is Loud, Samantha Garner has deftly crafted a world that left me breathless. Getting to know Freya Tanangco's story, watching her weave together the strands of her Norwegian Filipino identity and the unexpected power she wields, was both suspenseful and filled with quiet illumination. At the heart, the novel is a gripping journey of self-discovery and the family bonds that hold us all together. "—Julia Zarankin, author of Field Notes from an Unintentional Birder

"The Quiet is Loud is a zeitgeist zirconia, a choker of sparkling speculation for Gen Z readers whose reading tastes are migrating toward adult literary spec fic. For her debut novel, Toronto writer Samantha Garner pours her curiosity into an approachable, recognizable narrative. .. Garner wears her spec fic, geek, and SF influences on her sleeve, and The Quiet Is Loud is a warm welcome to the more literary part of that universe. "—Understorey Magazine

"Samantha Garner's rich prose deftly weaves together family politics, estrangement, and finding one's own place in the world. A lovely exploration of friendship, and identity, and what it means to be truly accepted. "—Lindsay Zier-Vogel, author of Letters to Amelia

"The Quiet is Loud is a novel about the mystical and supernatural, a genre tale about people with unbelievable powers beyond their own understanding. But it’s also a deeply thoughtful book about identity and the quest for true acceptance—especially in a world that encourages us to hate, hide, and fear who we are. "—Stacey May Fowles

"In The Quiet is Loud, Garner builds a world where dream visions, tarot readings, and the existence of the paradextrous are a natural part of day-to-day life. Written in clear-eyed prose that effortlessly weaves in Filipino and Norse mythology. The Quiet is Loud is an exciting and sensitive look into the mind of a young woman grappling with the consequences of family secrets, while also coming to terms with her unique talents. It is a powerful debut. "—Teri Vlassopoulos, author of Escape Plans

"The Quiet is Loud made me believe wholeheartedly in the paradextrous powers of its characters and their world, so wholeheartedly that at times I forgot that what I was reading was not possible. Garner's is an exciting new voice. "—Liz Harmer, author of The Amateurs

"The smallest, most personal details give the novel its viscerality. Garner’s touch is subtle and effective: I could sense the coolness in the air, hear the rustle of the trees opening up to a steely blue-tinged sky. I could smell the longsilog cooking in the kitchen, taste the sweet-and-sour bite into a crispy boot-shaped chicken nugget. I could shuffle Freya’s tarot deck, run my finger along the cards’ edges and corners frayed by the passage of time, hold in my hands the comforting heft of promised answers. All of these details braid together into a story that at once feels so easily real and also glimmers with possibility, that fantastical tug of and yet. "—Maria Bolaños 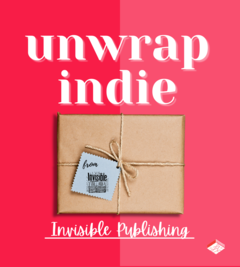 A small and scrappy, indie publisher with a reputation for producing beautiful and downright-rad contemporary books, Invisible Publishing has been taking chances on debut authors and diverse projects since 2007. They are all about building communities that encourage current ... Read more 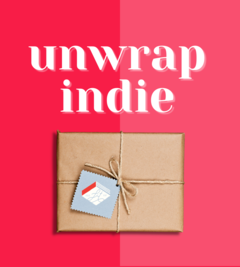 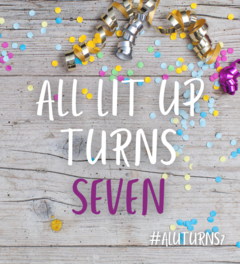 All Lit Up is officially seven-years-old today and we're blowing out our birthday candles with a look back on seven Insta-faves and seven books we loved this year.

Thanks to all our readers for your continued support of indie books, publishers, and authors! ... Read more 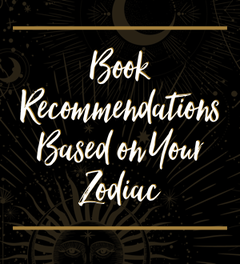