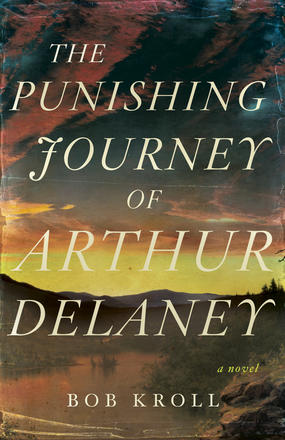 The Punishing Journey of Arthur Delaney

The Punishing Journey of Arthur Delaney

For readers of Paulette Jiles and Gil Adamson, a 19th-century tale of a father’s greatest regret and path to redemption

Devastated at his wife’s death and stricken at raising two girls and a boy on his own, Arthur Delaney places his children in a Halifax orphanage and runs ... Read more

For readers of Paulette Jiles and Gil Adamson, a 19th-century tale of a father’s greatest regret and path to redemption

Devastated at his wife’s death and stricken at raising two girls and a boy on his own, Arthur Delaney places his children in a Halifax orphanage and runs off to join the Union Army in the American Civil War. The trauma of battle and three years in a disease-ridden prisoner-of-war prison changes his perspective on life and family.

After the war, Delaney odd-jobs his way up the American east coast and catches a schooner to Halifax. There he discovers the orphanage has relocated to a farm in rural Nova Scotia. His children are not there. They and others had been sold and resold as farm workers and house servants through the Maritime provinces, as well as Quebec and Ontario. Their whereabouts is unknown. Arthur Delaney sets out on a punishing 20-year journey across Canada to find them.

This is a heartbreaking, beautifully told story of a father’s attempt to reconnect with his children

Bob Kroll studied history at Providence College and the University of New Brunswick. He worked on farms and in the woods before settling into a forty year writing career. His previous books include The Drop Zone, The Hell Of It All, and Fire Trap. He lives in Halifax, Nova Scotia.

The men were back squaring logs and lumbering boards when Delaney turned off the road and walked the long wagon way toward the barn. He reached the skidway and pulled off his hat to a head full of grey hair. Dust and sweat caked his face. He had parched lips and wobbly legs and a tired croaky voice that said, “I’m looking for Jimmy Delaney.

The lanky man pointed to the barn. “Jimmy’s in the rafters. ”

“Did you walk from town?” The man in bib overalls asked with an accent that sounded German.

“That’s more than fifty miles,” a man in a red shirt piped with doubt.

Delaney searched their faces before answering, “I walked a long way. ”

“A long way. Halifax. Dartmouth. I walked from Nova Scotia. ”

“Christ damn!” the man in the round hat exclaimed, and others said something that also marvelled at the stranger walking what must be nearly three thousand miles.

“How long did it take?” The man with no shirt asked.

Delaney looked to the house, then down the road as though measuring the distance he had come and the time it had taken him to do it. “A long time,” he said more to himself than to the men. “Since sixty-seven. ”

The man in the round hat shouldered up. “That’s over twenty years. You walked that long to see Jimmy Delaney?”

The man in the round hat shook his head. “It must be one hell of a goddamn important thing to walk that long and that far. What is it?”

“Bob Kroll’s powerful story of loss and redemption balances heroic feats with sober, gritty realism. From the bustling port of Halifax and backwoods lumber camps of New Brunswick to the crowded quarters of Toronto’s ward and remote mines of British Columbia, Kroll’s indelible characters forge their lives across an unforgiving social world. The resulting portrait of nineteenth-century Canada is sweeping in its geographic scope and meticulous in its fidelity to historical detail. ” — J. W. Johnson, Ph. D. Candidate, Department of English, University of Toronto

“Delaney’s quest and the fate of his children offer tragedy and hope in this spiritual bildungsroman. ” — Booklist

“All I wish for is a good story well-told and The Punishing Journey of Arthur Delaney by Bob Kroll delivered that magnificently. ” — Books and Beans blog

“Kroll’s spare prose and eye for accuracy in a sweeping story set in the 19th century resulted in a rich, haunting story. It’s not pleasant, nor is it an easy read, but it is one that I’ve thought about repeatedly in the days since I’ve finished reading it. ” — The Miramichi Reader

Other titles by Bob Kroll