"Rather than tying up the loose ends, she leaves them beautifully fluttering in ... Read more

"Rather than tying up the loose ends, she leaves them beautifully fluttering in the wind, and you do not feel lost in that experience. The writing is poetic and it’s worth savouring. " —Angela Caravan, Shrapnel

A bad dream leads to a strange poetic pilgrimage through Japan in this playful and profound Booker International-shortlisted novel.

Gilbert Silvester, eminent scholar of beard fashions in film, wakes up one day from a dream that his wife has cheated on him. Certain the dream is a message, and unable to even look at her, he flees - immediately, irrationally, inexplicably - for Japan. In Tokyo he discovers the travel writings of the great Japanese poet Basho. Keen to cure his malaise, he decides to find solace in nature the way Basho did. Suddenly, from Gilbert's directionless crisis there emerges a purpose: a pilgrimage in the footsteps of the poet to see the moon rise over the pine islands of Matsushima. Although, of course, unlike the great poet, he will take a train. Along the way he falls into step with another pilgrim: Yosa, a young Japanese student clutching a copy of The Complete Manual of Suicide . Together, Gilbert and Yosa travel across Basho's disappearing Japan, one in search of his perfect ending and the other a new beginning. Serene, playful, and profound, The Pine Islands is a story of the transformations we seek and the ones we find along the way.

Marion Poschmann was born in Essen in 1969. Recognized as one of Germany's foremost poets and novelists, she has won both of Germany's premier poetry prizes. She is the author of four novels, the last three of which have been nominated for the German Book Prize, and she won the prestigious Wilhelm Raabe Literature Prize in 2013. The Pine Islands is her first novel to be translated into English. She currently lives in Berlin.

Jen Calleja is a writer, musician, and literary translator. She has translated works by Wim Wenders, Gregor Hens, Kerstin Hensel, and Michelle Steinbeck, and her translations have been featured in The New Yorker and The White Review, among others. She was the inaugural Translator in Residence at the British Library, and her reviews, articles, interviews, and essays have appeared in the Times Literary Supplement, Modern Poetry in Translation, Brixton Review of Books, New Books in German, and elsewhere. Her first poetry collection, Serious Justice, was published by Test Centre in 2016. She currently lives in London.

When the curtain went up the actor was already standing in the middle of the stage. He wore a floor-length brocaded robe with a wide cloth sash passed around his waist, an enormous bow tied at his back. The years behind the white make-up couldn’t be discerned from the back of the auditorium. Delicate features, red lips, a visage of consummate elegance. He held a fan in his hand, and when it began to stir Yosa gripped Gilbert’s arm and held on to it. Gilbert stiffened, looked past Yosa and attempted to watch the action on the stage. He made an extreme effort but was unable to determine that anything was happening at all. The actor moved at a snail’s pace, he turned around himself infinitely slowly, put his foot forwards once extremely cautiously, let the fan sink a tiny fraction. If it was supposed to be a dance it was the most tedious dance Gilbert had ever seen, no mean feat when dancing was overwhelmingly boring for the spectator in the first place. Mathilda had once coerced him into accompanying her to a ballet performance, and he swore to himself after the first ten minutes never to go again, in case of doubt he should undermine his good nature, be tough, say no, he tormented himself through the whole one and a half hours, fidgeted in his seat, sucked on boiled sweets and at least succeeded in making sure Mathilda never approached him with such a suggestion ever again. However, when he compared the European ballet with the Japanese kabuki dance, ballet was frankly thigh-slapping, popular, primitive entertainment. The kabuki dancer moved in millimetres, he required many minutes to open his fan even halfway, it was like watching an amoeba for entertainment, and Gilbert clawed his hand – the small, cool hand of the Japanese man clasped to it – into the armrest, and bored his fingernails into the velvet.

Suddenly the curtain fell. Gilbert had managed to grasp not the slightest narrative, no progression, but Yosa relaxed, drew back his hand and informed him that the first piece had come to an end. It had been a quarter of an hour at most, which had nevertheless felt like an infinite expanse of time. The Japanese audience members sitting around them unpacked picnics and consumed them without leaving the velvet seats. Yosa offered him a small, sweet, rubbery ball made of rice flour wrapped in a salty oak leaf. Gilbert ate the sweet, leant back in his seat, listened to the prattling, boisterous multitude, and in a single blow he was pervaded by the tense anticipation of the audience. The Crossroads of Illusions – this is how Bashō had felt as he bid farewell to his previous life and was resigned to the idea that he would hike 3,000 miles. The practice of hiking as a journey through life, meaning that one stands at the crossroads and is able to choose whether one goes or stays, whether one keeps dreaming the dream one is currently dreaming or exchanges it for a different one. And, according to the teaching of Buddhism, when measured against the eternal truth, one choice is as unreal as the other. Gilbert now waited for the curtain to rise again. He was ready to give up all resistance. But he primly put his hands in his lap so that Yosa was unable to touch him.

The actor was now wearing a white robe with a hood that completely covered his face. He also concealed himself behind a parasol, which he half closed, then opened again, put down in the scenery, then picked back up. It was snowing on the stage, the actor’s feet, wearing white, split-toed tabi socks, pushed through the sparse flakes, the stand where he kept placing the parasol was covered with paperboard depicting a snowdrift. The set emitted an altogether depressive atmosphere, and Gilbert wondered whether this performance was really the best thing for Yosa. He himself was now eagerly waiting for the actor to take off the hood and once more show his feminine features. The slow-motion effect, he now realised, solely served the intensifying of a quasi-sacred concentration. And, in fact, the hood did eventually fall back. Gilbert clenched his hands together, eventually the white robe fell and unveiled flame-red brocade, there were multiple costume changes without a pause in the dancing, indeed two dark figures scurried around on the stage who, in their dark clothing, weren’t really there at all, and who, behind the slowly rotating parasol, released the actor of the sashes, the belts, ripped the upper layers of material from his body, and he burst out from behind the parasol in completely new garments. To Gilbert’s astonishment the costume changes took place in a matter of seconds, a real metamorphosis which called for an extraordinary amount of dexterity on behalf of the helpers, and enormous agility on the part of the dancer. His respect for the performance grew, because this finesse was also manifested in the gentle, slow-motion movements. He wasn’t entirely sure whether the woman on stage, whose intricate gestures he had grown to admire, should be the one he fell in love with or actually the man enacting this extraordinary control of his body, or whether he didn’t much more wish to be this lithesome actor himself, or, more specifically, to possess his exceptionally stunning beauty. Gilbert furtively tried to hold his own hand in such a perfectly graceful way in the dark auditorium, the way the dancer demonstrated, so utterly enticing, so convincingly feminine, which no woman on this planet would have been able to accomplish. Dear Mathilda, he formulated in the silence, it was an ambivalence that no one could match up to. No one at any rate who was real and alive.

"A remarkably tender exploration of modern life . .. Poschmann reveals the still beauty to be found in life beneath a mask of black humour. " —Mia Colleran, Irish Times

"The Pine Islands is a story that doesn’t tie up loose ends but leaves themes scattered as needles on the forest floor, allowing the reader to spot their patterns. " —John Self, The Guardian

". .. Marion Poschmann, a multi-award-winning poet and novelist in her native Germany, now appears in English fully formed, translated by Jen Calleja, and has all the air of uncovered greatness.  The Pine Islands is a story that doesn't tie up loose ends but leaves themes scattered as needles on the forest floor, allowing the reader to spot their patterns. The best approach to this beguiling, unpredictable book is to follow Gilbert's advice on reciting poetry: 'to let it affect you, and simply accept it in all its striking, irrational beauty. '" –John Self, The Guardian

"Rather than tying up the loose ends, she leaves them beautifully fluttering in the wind, and you do not feel lost in that experience. The writing is poetic and it’s worth savouring. " –Angela Caravan, Shrapnel

". . . Marion Poschmann’s The Pine Islands offers an encounter between Eastern and Western literary traditions that makes for a ghostly, unsettling trip. " –Max Radwin, Words without Borders

"There’s something queasily hilarious about this self-centered pedant, who wouldn’t be out of place in the brainy comic novels of Don DeLillo or Nell Zink. " –The Wall Street Journal

"The Pine Islands is a contemplative story that questions the possibility of scheduled contemplation or a pre-determined epiphany. " –Winnipeg Free Press

"The book suggests that when you’re searching for something in particular you will probably not find it, but that the journey will never be in vain. This eternal theme is handled with grace and humour, in a most unusual way. The Pine Islands is bursting with substance, possibility and delight. " –Prism International 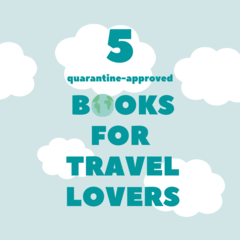 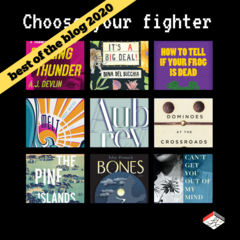 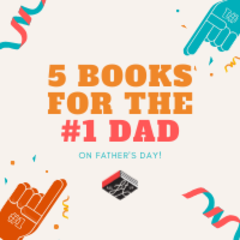