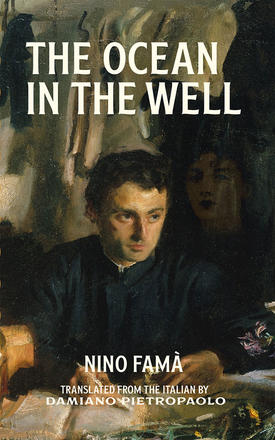 The Ocean in the Well

The Ocean in the Well

Stefano falls madly in love with Milena, leaves the seminary and his religious vocation, mesmerized by the beauty and the charm of the girl. But, as often happens in life, reality does not follow the schemes designed by humans: fate, perfidy and destiny, hinder the path established ... Read more

Stefano falls madly in love with Milena, leaves the seminary and his religious vocation, mesmerized by the beauty and the charm of the girl. But, as often happens in life, reality does not follow the schemes designed by humans: fate, perfidy and destiny, hinder the path established by the two lovers. The people of the town, who had seen the vocation of the young man as a collective good, receive the news of Stefano abandoning the seminary with disappointment and dismay. To escape the hostility, Stefano leaves for America with a promise to come back in a year, when he and Milena would get married and then both would go back to America together. However, once in New York Stefano faces loneliness, hard work, and the criminal underworld.

Nino Famà, born in Barcellona P,G, (ME), is the author of two academic books and numerous research articles. His works of fiction include: Il sogno di Toloma (Pellegrini Editore 2017) and L’oceano nel pozzo (Pellegrini 2014) was translated in English, (The Ocean in the Well) by Damiano Pietropaolo and has been published by Guernica Editions (May, 2021). La stanza segreta, Sciascia Editore (2004) came out in English (The Secret Room) translated by Douglas Campbell and Leonard Sbrocchi and published by LEGAS (2008). A collection of short stories, Don Gaudenzio e altre stories, was published in 1996 by Bastogi Editrice italiana.

[A] novel that relates the mad love of a seminarian for a woman, but at the same time explores themes that mark the life of the ghetto, American politics and the great Italian emigration exodus after the Second World War.

Sorrow, grief, and regret populate the novel but it is hardly a dour read. For resilience holds equal weight and offers hope for the future, including a very unexpected ending for Stefano. So too does the power of genuine friendship, which permeates throughout the story.

The Ocean in the Well deals with the struggle between good and evil which requires considerable mental energy to resist … Only at the end does Stefano understand the revolutionary force of charity, which allows him to become a new man.

The Ocean in the Well narrates the sense of love in all its facets: love for God, love for a woman, for a mother and love for one’s own land. The novel conveys the nostalgia of those who have suffered the drama of emigration and the desperate need to maintain their roots in order to preserve their identity.

Other titles by Damiano Pietropaolo