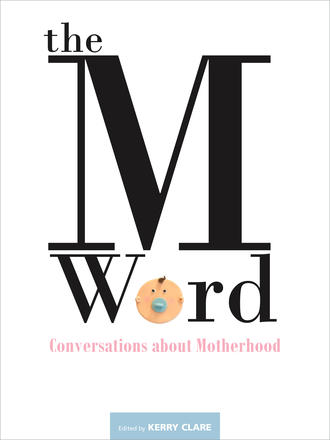 A Dropped Threads-style anthology, assembling original and inspiring works by some of Canada's best younger female writers — such as Heather Birrell, Saleema Nawaz, Susan Olding, Diana Fitzgerald Bryden, Carrie Snyder, and Alison Pick — The M Word asks everyday women and writers, some of whom are on the unconventional side of motherhood, to share their emotions and tales of maternity.

Whether they are stepmothers or mothers who have experienced abortion, infertility, adoption, or struggles with having more or less children, all these writers are women who have faced down motherhood on the other side of the white picket fence. It is time that motherhood opened its gates to include everyone, not just the picture postcard stories.

The M Word is a fabulous collection by a talented author and blogger, which is bound to attract readers from all walks of motherhood. The anthology that presents women's lives as they are really lived, probing the intractable connections between motherhood and womanhood with all necessary complexity and contradiction laid out in a glorious tangle.

It is a book whose contents themselves are in disagreement, essays rubbing up against one another in uncomfortable ways. There is no synthesis — is motherhood an expansive enterprise, or is motherhood a trap? — except perhaps a general sense that being a mother and not being a mother are each as terrible and wonderful as being alive is. What these essays do show, however, is that in this age of supposed reproductive choice, so many women still don't have the luxury of choosing their mothering story or how it will play out. And those who do exercise choice often still end up contending with judgement or backlash.

The essays also make clear that women are not as divided between the mothers and the childless as we might be led to believe. Women's lives are so much more complicated than that. There is mutual ground between the woman who decided to have no more children and the woman who decided to have none at all. A woman with no children also endures a similar kind of scrutiny as the woman who's had many, both of them operating outside of societal norms. A woman who has miscarried longs to be acknowledged for her own beyond-visible mothering experiences, for the baby she held inside her. And while infertility is its own kind of journey, that journey is also just one of so many whose origins lie with the desire for a child.

Kerry Clare reads and writes in Toronto, where she lives with her husband and daughter. Her essays, short stories, and book reviews have appeared in the New Quarterly, the National Post, the Globe and Mail, Canadian Notes & Queries, Prairie Fire, Quill & Quire, Today's Parent, and other fine places. She writes about books and reading at her blog Pickle Me This and is editor at 49thShelf.com. Her essay "Love is a Let-Down" was nominated for a 2011 National Magazine Award and appeared in Best Canadian Essays 2011.

"I've just spent a couple of days with a collection of essays about motherhood. About life with a uterus, as Kerry Clare puts it. It was like slipping into this wonderful story circle, 25 articulate women speaking honestly of being — or not being — a mother. "

"I'm not normally drawn to mothering books but I like Kerry Clare's work, so it was impossible not to be drawn to her anthology, The M Word: Conversations about Motherhood, I knew I'd be in the hands of good taste and good writing, even if, as a Childless Woman, I couldn't actually relate. Well, what happened was this: I found myself not only enjoying the read, but relating. In a major way. Because, as it turns out, the essays are both about mothering and not mothering, about the exultant and the reluctant, the non-mothers by choice, the stepmothers by circumstance, women who will do anything to become a mother and those who will do anything to not. and in every scenario, the difficulties, joys, fears, the way life is changed for the better and sometimes for the not entirely better. There are celebrations, regrets, and such honesty that it's really quite impossible not to relate. "

"The M Word is a book I would have benefited from reading when I was a young mother more than 30 years ago. "

"Would I recommend this book? I think so, but with a caveat. I turned to this to find communion, and a road map. To find other mothers facing things my partner and I are facing. In facing so many possible stresses, dangers, and unknowns, what the world needs is more complicated and probably 'uncomfortable' representations of motherhood . .. So yes, I would recommend the book. I would say, it's a start. "

"As I finished reading it, a close friend found out that she was pregnant for the first time. As we celebrated her pregnancy, I hesitated to pass the collection along to her. Superstitious and hoping to pretect her, I worried about giving her essays on loss and trauma and regret. But women deserve to hear a conversation about motherhood that is as beautiful and scary and messy and complex as motherhood itself. When her experiences of motherhood strays from the accepted stereotype, if it hasn't already, she'll know that she is not alone. "

"Stop everything. Withhold judgement for a minute. I promise you The M Word is not like any book you've read about motherhood. "

"The M Word: Conversations about Motherhood, a powerful, female-driven anthology of short personal essays, poems, and illustrations, tells the many stories women so rarely share. . .. The M Word is a meditation on the fickle emotional uncertainty awarded to mothers. It breaks down the walls of maternal isolation and offers companionship to anyone who has not had the fairy-tale journey to motherhood. These stories show us that the extraordinary gift of motherhood cannot be accepted without relinquishing something spectacular. "

"Rather than attempting to resolve issues once and for all, or to glorify and idealize a madonna-like figure, The M Word presents in alphabetical order a wide variety of the experiences of women who have embraced, eschewed or endured the experiences of motherhood in its many, different realities . .. This book was a pleasure to read. "

"A book about motherhood that includes those who never gave birth? Those who've been pregnant but never held a child? Halleluiah! Finally: a conversation with no 'us versus them. ' Here is only 'us,' those who desire to 'be connected by this understanding of what it is to love and celebrate your children. ' The M Word offers what mothers (new and old) need most: to know we're not alone. "

"These open-hearted essays are all fascinating and absorbing, and sometimes heartbreaking. Ultimately these writers are speaking, as they take care to point out, for no one but themselves, and they do it tremendously well. "

"Anyone grappling with the role of mother is certain to find themselves somewhere within these true stories of pregnancy, IVF, adoption, stepchildren, infertility, miscarriage, SIDS, multiples, dead children, teenagers, abortion and, above all, stories of the searing joy found within the wholeness of a mother's devotion. "

"There is a strong Canadian tradition of public discourse on motherhood, from the late journalist June Callwood's interviews with unwed teenaged mothers to Marni Jackson's memoirs, and anthologies like Double Lives and Between Interruptions. The M Word adds 25 thoughtful voices to the mix . .. You won't keep this book; you'll pass it on to friends whose current vocation is changing diapers, or to friends who want a child, and those who don't. "

"This is a powerful collection of stories by Canadian women of various ages, and every woman will benefit from reading it. "

"The M Word felt like a kind of emotional labour for the three days I was reading. This is a motherlode of deeply personal truths, generous and courageous souls, bearing witness to lives shaped, if not defined, by, well, 'life with a uterus,' as the foreword suggests. "

"Whether you're a mother by choice or by circumstance, a woman without childlren by choice, circumstance or tragedy, or simply someone who has yet to decide which path to take, you'll find yourself in one of these stories. And not always the ones you'd suspect. "

"That's what makes The M Word so surprising, and also moving, gripping, funny, and, occasionally, really uncomfortable to read: the writers put it all on the table, all the confusion, ambivalence, difficulty, suffering, hope, despair, and insight that swirl around people's different experiences with motherhood, whether they are or aren't mothers, however motherhood is defined, and whether their situation arose from choice or accident, gift or tragedy. As many of the writers observe, there's a popular public story about motherhood that is all bliss, smiles, and cuddles. For many of them, there is plenty of bliss, but that's rarely the whole story and often not the story at all. The M Word doesn't try to tell one story: it allows, even insists, on the coexistence of many different ones. " 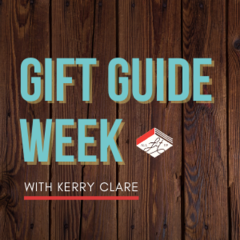 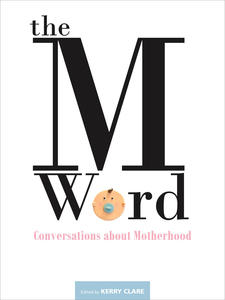