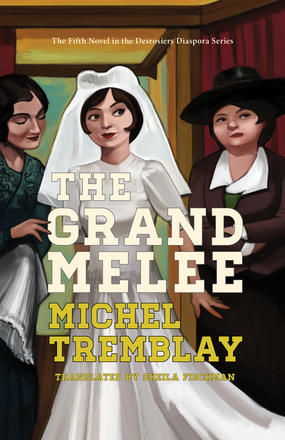 It’s May 1922, and preparations are in full swing for the marriage of Nana and Gabriel, which will take place the following month. There’s just one problem: Nana’s wedding ... Read more

It’s May 1922, and preparations are in full swing for the marriage of Nana and Gabriel, which will take place the following month. There’s just one problem: Nana’s wedding dress has yet to be bought. Nana’s mercurial mother, Maria, torn between her desire to measure up as a mother and the inescapable constraints of poverty, wonders how to pay for the wedding. And she’s not the only one battling demons – the thought of the upcoming reunion unsettles every member of the large and dispersed Desrosiers family. While the wedding invitations announce a celebration, they also stir up old memories, past desires, and big regrets.