Inspired by an old Japanese parlour game of the Edo period (1603-1868), The Game of 100 Ghosts is a lyrical tribute to the poet’s friends and relations who recently departed their lives. In the game, participants gather in the dark at night and sit around 100 lit candles. ... Read more

Inspired by an old Japanese parlour game of the Edo period (1603-1868), The Game of 100 Ghosts is a lyrical tribute to the poet’s friends and relations who recently departed their lives. In the game, participants gather in the dark at night and sit around 100 lit candles. Each player tells a ghost story, after which a candle is snuffed out. The last candle ends the spiritual evocation, which the participants hope will summon a supernatural being. This wonderful collection then evokes the spirits of lost friends and relations while paying tribute to a tradition.

Terry Watada is a Toronto poet, novelist, playwright and essayist, and historian, musician and composer, with numerous publications to his credit. Five of his plays have received mainstage production. He contributes a monthly column to The Bulletin, a national Japanese Canadian community paper. For his writing, music and community volunteerism, he was recently awarded the Queen Elizabeth II Diamond Jubilee Medal. His published works include The Sword, the Medal and the Rosary (manga, 2013); Kuroshio: The Blood of Foxes (novel, 2007), Obon: the Festival of the Dead (poetry, 2006); Ten Thousand Views of Rain (poetry, 2001); A Thousand Homes (poetry, 1995); and The TBC: the Toronto Buddhist Church, 1995 – 2010 (2010).

"Watada’s Game of 100 Ghosts serves as a conceptual framework for a collection of poems in which the spirits of lost and long-gone family and friends are fondly evoked. These lyrical poems are an affirmation of absent persons who have already become part of Watada’s version of Japanese Canadian life. But it’s not all sweetness and light. In the best tradition of lyric poetry, the dark side, the deeply painful and broodingly personal side gets exposed, too. "— National Association of Japanese Canadians (NAJC), The Bulletin“For Terry, applause and gratitude, because he has held the people in his mind and his heart, and because he gave them back to us. ” —Joy Kogawa, author of Obasan "A tour de force literary and conceptual achievement, The Game of 100 Ghosts reveals and further illuminates the Japanese Canadian sensibility. Terry Watada's passion, indeed his life's work, is to discover, recreate, and uncover the past lost through the silence of his parents and community. His literary and musical career has helped define what is best in Canadian contemporary culture. "—Anthony B Chan, author of Gold Mountain: The Chinese in the New World "Terry Watada's 100 Ghosts surprises us with tales and imagery that are both haunting and real… It creates a safe harbour, a beacon of infinite light to gather those shunned shadowy thoughts and guides them safely out of the dark recesses of history and time. "—Jim Wong-Chu, Co-editor, Strike the Wok: An Anthology of Chinese Canadian Fiction "In this piercing collection, Watada’s concrete images take readers to places and people familiar yet almost forgotten, to give order and dignity to the mind’s constant struggle for clarity. "—Paul Yee, author of Teach Me to Fly, Skyfighter! and Other Stories 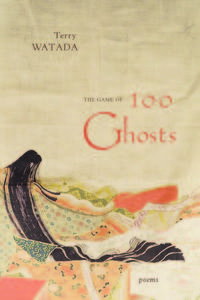 Other titles by Terry Watada