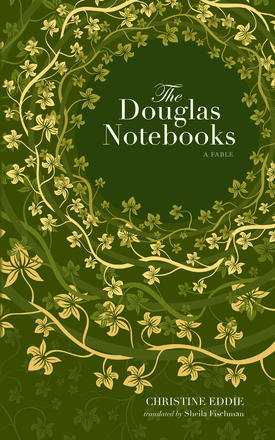 Romain was born with a silver spoon in his mouth. At 18, he leaves his family for a home in the forest, learning to live off the land rather than his family's wealth. Éléna flees a house of blood and mayhem, taking refuge in a monastery and later ... Read more

Romain was born with a silver spoon in his mouth. At 18, he leaves his family for a home in the forest, learning to live off the land rather than his family's wealth. Éléna flees a house of blood and mayhem, taking refuge in a monastery and later in the rustic village of Rivière-aux-Oies. One day, while walking in the woods, Éléna hears the melody of a clarinet and comes across Romain, who calls himself Starling and whom Éléna later renames Douglas, for the strongest and most spectacular of trees. Later a child named Rose is born. Fade to black. When the story takes up again, Douglas has returned to the forest, Rose is in the village under the care of others, and Éléna is gone.

From these disparate threads, Christine Eddie tenderly weaves a fable for our time and for all times. As the years pass, the story broadens to capture others in its elegant web — a doctor with a bruised heart, a pharmacist who may be a witch, and a teacher with dark secrets. Together they raise this child with the mysterious heritage, transforming this story into an ode to friendship and family, a sonnet on our relationship with nature, and an elegy to love and passion. The Douglas Notebooks was originally published in French as Les carnets de Douglas. This edition was translated by Sheila Fischman.

Christine Eddie was born in France, grew up in New Brunswick, and now lives in Quebec. The Douglas Notebooks, her first novel, won the 2008 Prix France-Quebec, the 2009 Prix Senghor du Premier Roman francophone, and the 2010 Prix du Club des Irrésistables.

"The Douglas Notebooks is a demi-dream of a novella, existing simultaneously in a world of shopping centres and fairy tales. As a fable, it is at once tender and cynical, an ever-turning wheel. . .. The book itself is beautiful to look at and feels like a kinesthetic keepsake in the reader's hands. "

"[F]or all those weary literary wanderers out there, tirelessly hunting through bookshelves both real and digital, this lushly evocative work is indeed a long-searched-for consoling treasure. A skilfully woven combination of magic realism, social commentary, and love story . .. Eddie creates a world populated with wandering souls, benevolent strangers, evil parents, magical clarinet solos, untimely deaths, and bittersweet endings. It is a fairy tale world for adults evoking the themes of war, love, death, destruction, and reconciliation. So effectively does Eddie draw us into her creation that we never feel the need to locate ourselves in time or place. . .. Eddie has written a modern fairy tale, full of magical moments and literary elegance, a veritable treasure for any reader who is hunting for a book that will console and inspire. "

"Nature's profound beauty. The healing silence of the forest. The wrenching tragedy of lives of lack and violence intersecting with those of excess and exacting expectations. Delicately crafted and carefully revealed, this is the world of Christine Eddie's The Douglas Notebooks. "

"Eddie is an immensely gifted writer (the book was originally written in French in 2007, and has been translated by Sheila Fischman) who balances her succinct style with a poetic sensibility. Eddie understands subtlety in characterization, and her players are exceedingly real. Their actions, thoughts, desires and fears resonate with us because they're genuine, not overdone or melodramatic. Eddie conveys these things beautifully. . .. The Douglas Notebooks is a subtle and deeply poignant story of a man who abandons the modern world and all its material trappings in search of the truth in nature. Perhaps, that's a wish that no one will ever be able to fully realize, but what's a fable without a little bit of fantasy?"

"Fischman has taken care to retain the French flavour of Eddie's fable, a gentle touch that contributes to its rich textures . .. [T]he imagery is so crisp, and the travails of the forest and its inhabitants so heartbreaking, that what is on the page is hard to forget. "

"A postmodernist, eco-critical study of a landscape uniquely Canadian. . .. Through her attention to the post-war progress narrative and its destructive effects on the countryside of Rivière-aux-Oies, Eddie has earned a place among the masters of contemporary fairy tale, offering a wonderfully articulated, thought-provoking, and touching narrative that is at once timeless and topical. "

"The whole story has a dream-like or even mythical quality about it. "

"Eddie slyly hints at the miracles that lie beneath the trappings of everyday life. This compact novel is about so many things: love, music, self-doubt, courage, the transformative power of nature, and all the things that make us human. "

"In a slim volume of sparse, poetic prose, Eddie deftly and movingly covers vast territory — what is means to be a family; the fragility of life and of nature; the impact of the war in Europe (woven through Gabrielle's story line) and progress and development. " 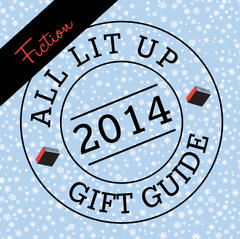 Stumped on what to buy for your lit-finicky family and friends this season? We're featuring hand-picked selections for your giftees (or yourself, lest we ourselves be judged) all week, from experts in  poetry,  short stories,  mysteries, YA/kids, and fiction. ... Read more