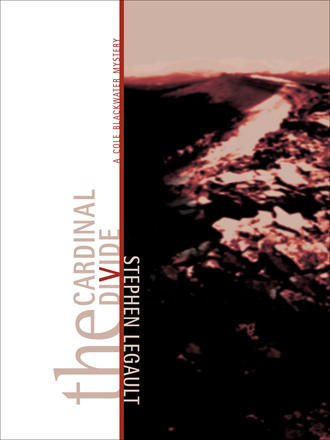 Cole Blackwater’s life isn’t what it used to be. Once a political superstar within Ottawa’s environmental movement, he now runs a nearly defunct conservation strategy consulting firm that distinctly lacks a paying client. His ex-wife loathes him for a scandalous affair ... Read more

Cole Blackwater’s life isn’t what it used to be. Once a political superstar within Ottawa’s environmental movement, he now runs a nearly defunct conservation strategy consulting firm that distinctly lacks a paying client. His ex-wife loathes him for a scandalous affair that ended their marriage, he feels he’s failing his eight-year-old daughter as a father, and he’s turning far too often to the bottle to solve his problems.

When Peggy McSorlie, head of the Eastern Slopes Conservation Group, seeks his help to stop a mining project planned for Alberta’s magnificent Cardinal Divide, Blackwater jumps on the opportunity to earn enough money to pay the rent and buy a few pints at his favorite pub. But when Mike Barnes, head of the mining project, is brutally murdered and a radical member of Eastern Slopes is accused of killing him, Blackwater must first prove the man’s innocence in order to save his own business, and the future of the Cardinal Divide.

Stephen Legault has been a social and political activist for twenty years. He has worked with local, national, and international conservation organizations to protect Canada's endangered species, wilderness, and to combat climate change. In July 2005 he launched HighWater Mark Strategy and Communications to work with ethically driven businesses, the labour movement, political parties, and social justice, arts, and cultural organizations. Through this effort, Stephen helps companies involve their members, customers, and clients in the social or environmental mandate of the business, and assists non-profit organizations to become more strategic and effective. An avid cross-country runner, skier, hiker, and paddler, Stephen has an intimate

His first book,Carry Tiger to Mountain: The Tao of Activism and Leadership, was published in April 2006. He is the father of two beautiful boys, Rio Bergen and Silas Morgen. He lives in Victoria, BC.For more information, visit Stephen Legault's website at www.highwatermark.ca.

Other titles by Stephen Legault