By Serge Lamothe
Translated by Fred A. Reed & David Homel

In the post-apocalyptic future, 50 years after the last government of turbo-liberals and its president-for-life have been elected, a group of researchers convenes a Congress to address the curious cultural phenomenon of the Baldwins, whose stories have been gathered and archived ... Read more

In the post-apocalyptic future, 50 years after the last government of turbo-liberals and its president-for-life have been elected, a group of researchers convenes a Congress to address the curious cultural phenomenon of the Baldwins, whose stories have been gathered and archived by the chroniclers since the end of history. ?Who are the Baldwins?” the Congress asks. ?Do they actually exist, and if so, what is their history and their fate?” Only one thing seems certain to these Baldwinologists: ?The Baldwins resemble us: they knew nothing of their origins, nor of their destination.”

Set in the landscape of one vast disposal site containing all the refuse of history, and using the rhetorical conventions of precise, objective, depersonalized scholarly research, the world Serge Lamothe brilliantly creates with this novel of fragments is one of a mysterious ambiguity, haunted by Kafka, Orwell, Gibson and Fukuyama.

This is contemporary prose at its most daring and experimental, creating a post-historical world so devoid of difference that the only imaginable use of language is for the mass production of consent?a world in which a nine-year-old’s suicide bombing may well, in fact, constitute the only meaningful act left to The Baldwins: a joyful embrace of the ultimate existential gesture, in which all difference is obliterated, consummated in a martyrdom of innocence on the consensual altar of the morally and politically correct.

Fred A. Reed
International journalist and award-winning literary translator Fred A. Reed is also a respected specialist on politics and religion in the Middle East. After several years as a librarian and trade-union activist at the Montreal Gazette, Reed began reporting from Islamic Iran in 1984, visiting the Islamic Republic 30 times since then. He has also reported extensively on Middle Eastern affairs for La Presse, CBC Radio-Canada and Le Devoir. Reed is a three-time winner of the Governor General’s Award for translation.

David Homel
Award-winning author and literary translator David Homel also works as a journalist, editor and screenwriter. He was born in Chicago in 1952 but left at the end of the tumultuous 1960s and continued his education in Europe and Toronto before settling in Montreal in around 1980. He worked at a variety of industrial jobs before beginning to write fiction in the mid-1980s. His six novels to date have been translated into several languages and published around the world.

??a searing and ironic commentary on the state of Western society ? ”
? Canadian Literature

?Serge Lamothe pens a book that is both surprising and exhilarating!”
? Le Soleil

?Getting to know the Baldwins is like slipping into the inscrutable maze of the human soul ? Serge Lamothe’s novel falls under the sign of utter creative freedom and is filled with word and language play, evocative imagery and poetic moods.”
? Le Devoir

?Delightfully disconcerting, this book can be savoured thanks to a munificence that reveals a stunning imagination.”
? Le Voir

“Serge Lamothe pens a book that is both surprising and exhilarating!”
— Le Soleil

“Delightfully disconcerting, this book can be savoured thanks to a munificence that reveals a stunning imagination.”
— Le Voir 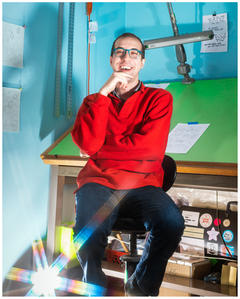 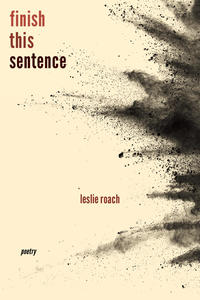 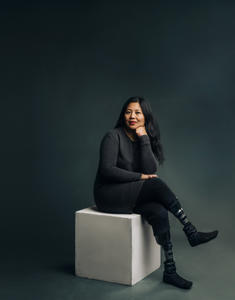 We virtually chatted with debut poet Therese Estacion about her new book  Phantompains (Book*hug Press), a visceral, dreamlike collection of poems that explores disability, grief, and life. In her early thirties, Therese survived a rare infection that resulted in the loss ... Read more 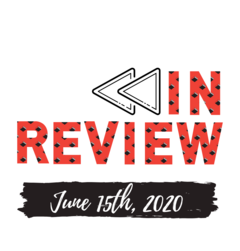 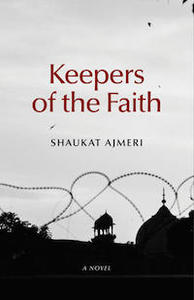 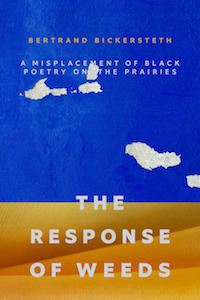 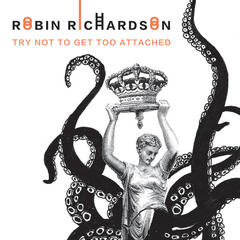 With its melding of poetry and collage – of line and colour – Robin Richardson's Try Not to Get Too Attached  (Book*hug Press) is a dark and beautiful ode to the  undying question of what it means to be human. I sat down with Robin to find out more about her surreal ... Read more 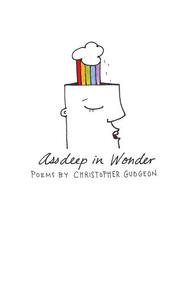 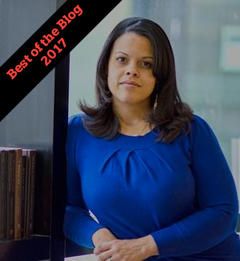 Other titles by Serge Lamothe