The Americans Are Coming

The Americans Are Coming

An invasion? For teenagers Dryfly Ramsey and Shadrack Nash, poor and ignorant in the world's terms but rich in the lore of the magical Miramichi, the annual influx of American anglers, with their money, fishing gear, and thirst for salmon seems like one, and it sets the stage ... Read more

An invasion? For teenagers Dryfly Ramsey and Shadrack Nash, poor and ignorant in the world's terms but rich in the lore of the magical Miramichi, the annual influx of American anglers, with their money, fishing gear, and thirst for salmon seems like one, and it sets the stage for action. A cast of quirky, unforgettable characters — Nutbeam, a large-nosed, floppy-eared hermit; Shirley, Brennan Siding's toothless postmistress and Ramsey family matriarch; and Buck, who appears once a year to sire another child — conspire to capture the imagination in Herb Curtis's now classic novel. And what of the Whooper, that mystical beast whose cries result in amazingly tall tales?

In The Americans Are Coming, the voices of Brennan Siding ring out in the rich vernacular of New Brunswick's Miramichi region, a world immersed in myth, folklore, and the sulpherous belch of a nearby pulp mill, and where ghosts and demons are as real as the Lone Ranger or the spring run of gaspereaux. With a new afterword by David Adams Richards.

Herb Curtis was raised near Blackville, on the Miramichi, and now lives in Fredericton, New Brunswick. His collection of short fiction, Luther Corhern's Salmon Camp Chronicles (1999), was nominated for the Stephen Leacock Award. The Last Tasmanian (1991, 2001), one of four novels, garnered the Thomas Head Raddall Atlantic Fiction Award and was a regional finalist for the Commonwealth Writers' Prize.

David Adams Richards is a resident of Fredericton and is one of only three Canadian writers who have won Governor General's Awards for Fiction and Non-Fiction. His novel Mercy Among the Children won the 2000 Giller Prize, while his most recent novel, Incidents in the Life of Marcus Paul, won the 2012 Thomas H. Raddall Atlantic Fiction Award.

"Curtis is a native of the [Miramichi] region, and his finely tuned comedic sense and unerring feel for the realities of life there, particularly during the period of the late '50s and early '60s, help him create a very special world. "

"Garrison Keillor has Lake Wobegon, Mark Twain the Mississippi, and Herb Curtis, with the publication of The Americans are Coming, has claimed the Dungarvon River. "

"This novel is no mean book. It is a sprawling labyrinth of characters whose triumphs and losses we cheer and mourn. "

"Herb Curtis has emerged as a leading Canadian humourist in the Stephen Leacock tradition; his Brennan Siding world will last for a long time. "

"A humorous and earthy place, populated by a congregation of characters who take their turns gossiping and being the cause of gossip . . . Curtis introduces the reader to rural New Brunswick with the humour and folklore that only an insider could possess. "

"Herb Curtis is a natural story teller. In The Americans are Coming, the world of Brennen Siding is recreated with the colour and drama inherent in life itself. . . . The author's subtle with and deep insight are a delight, right to a wonderfully satisfying ending. " 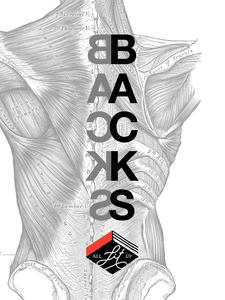 Fully embracing the "New Year, New Us" maxim that comes with the proverbial throwing our old dayplanners in the garbage, we're turning our backs on the year we ( mostly!) wish there weren't with eight back-tastic book covers.

Other titles by Herb Curtis

Other titles by David Richards