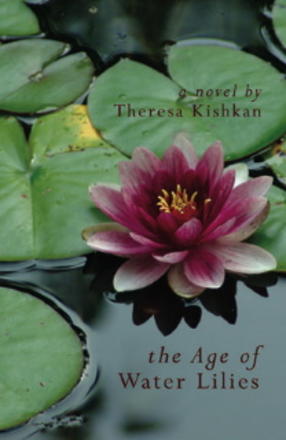 The Age of Water Lilies

The Age of Water Lilies

With The Age of Water Lilies, Theresa Kishkan has written a beautiful novel that travels from the time of colonial wars to the pacifist movement to 1960s Victoria, and shares a unique and delightful relationship between 70-year-old Flora and 7-year-old Tessa.

With The Age of Water Lilies, Theresa Kishkan has written a beautiful novel that travels from the time of colonial wars to the pacifist movement to 1960s Victoria, and shares a unique and delightful relationship between 70-year-old Flora and 7-year-old Tessa.

When Flora Oakden leaves her English home in 1912 for the fledgling community of Walhachin in British Columbia’s interior, she doesn’t expect to fall in love with the dry sage-scented benchlands above the Thompson River-and with the charismatic labourer who is working in the orchard. When he and all the men of Walhachin return to Europe and the battlefields of France, Flora remains behind, pregnant and unmarried. Shunned by those remaining in the settlement, she travels west to Victoria and meets freethinker Ann Ogilvie, who provides shelter for her in a house overlooking the Ross Bay Cemetery. Fifty years later, among the headstones of Ross Bay, curious young Tessa is mapping her own personal domain when her life becomes interwoven with that of her neighbour, the now-elderly Flora. Out of their friendship, a larger world opens up for these unlikely companions. Theresa has written a sweeping story that transcends time and springs from a passionate exploration of the natural world, its weather, seasons and plants.

Theresa Kishkan is the author of eleven books of poetry and prose. Her essays have appeared in Memewar, Dandelion, Lake, Contrary, The New Quarterly, Cerise, and many other magazines and have been nominated for the Pushcart Prize, the Relit Award, the Ethel Wilson Fiction Prize, and the Hubert Evans Prize for Non-Fiction. Her collection of essays, Phantom Limb, won the first Readers' Choice Award from the Canadian Creative Non-Fiction Collective in 2009. An essay from Mnemonic won the 2010 Edna Staebler Personal Essay Prize.

Theresa Kishkan paints a picture of a time gone by . . . The book unfolds deliberately like a grandfather clock ticking. —Coast Reporter

Kishkan has created characters the reader comes to care about. People, places, and objects operate of both a literal and metaphorical level. —Quill & Quire

Kishkan has a sure hand, kneading narrative from the quiet ache of loss and rebirth . . . Words never get in the way of good storytelling. —Vancouver Sun

Kishkan’s prose is clearly that of a poet, but it’s restrained in service to the narrative-rich and evocative, but never overwrought. —Quill & Quire

Other titles by Theresa Kishkan