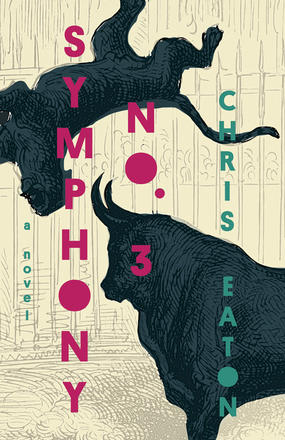 Symphony No. 3 follows the life of renowned French composer Camille Saint-Saëns as he ascends from child prodigy to worldwide fame. As his acclaim grows in Paris, the musical world around him clamours with competitors, dilettantes, turncoats and revenge seekers. At the height ... Read more

Symphony No. 3 follows the life of renowned French composer Camille Saint-Saëns as he ascends from child prodigy to worldwide fame. As his acclaim grows in Paris, the musical world around him clamours with competitors, dilettantes, turncoats and revenge seekers. At the height of his success, Camille leaves everything behind to embark on a Dantean quest for his dead lover, Henri. At the end of this adventure, still haunted by the holes in his past, he takes up an invitation to journey by ocean-liner to the New World.

Finely crafted in its own unique rhythmic language, Symphony No. 3 is cast in four sections to mirror Saint-Saëns's famous work, popularly known as the Organ Symphony. Written and performed in London England in the infamous late 1880s, this was the composition he hoped would finally destroy Beethoven's stranglehold on the industry and reinvent the form. Though set in the decades surrounding the fin de siècle, Symphony No. 3 speaks directly to our present moment and the rise of political violence.

Praise for Symphony No. 3:

"Symphony No. 3 is not only a vibrant dramatization of the life of Camille Saint-Saëns, but also a profound meditation on the place of music in culture, and of the tension between art and life. Eaton's language is orchestral in range, and there are wise epigrams worthy of Wilde ("people who believe too much know nothing; people who know too much believe nothing"). The novel is rich in period detail, along with some imaginative departures from the historical record. Like the organ work for which it is named, Symphony No. 3 is a sumptuous achievement. " —Steven Moore, author of The Novel: An Alternative History

Chris Eaton is the author of three previous novels, including Chris Eaton: A Biography (2013), selected as one of the Books of the Year by Quill & Quire and the Toronto Star. He also spent many years making music in the band Rock Plaza Central. Chris currently lives in Ottawa with his partner and their two children. 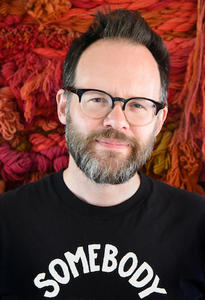 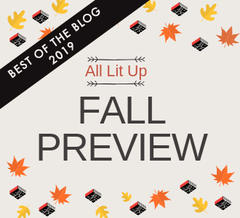 We're staving off our end-of-summer woes to look ahead to one of our favourite times of year: fall books season. Check out what some of us at All Lit Up are putting at the top of our TBR piles this fall.

Other titles by Chris Eaton