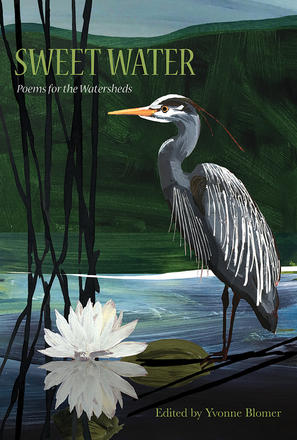 "Sweet Water: Poems for the Watersheds" gathers the voices of poets from across Canada, the US and the UK who write of water. Bottled, clouded, held in rain, in river, estuary and lake, sweet water is the planet's life force and the poets here examine it from every angle--the ... Read more

"Sweet Water: Poems for the Watersheds" gathers the voices of poets from across Canada, the US and the UK who write of water. Bottled, clouded, held in rain, in river, estuary and lake, sweet water is the planet's life force and the poets here examine it from every angle--the pitcher plant, the beaver and the American Bull Frog, rain, clouds, smog, the many ducks and the salmon and the last lake sturgeon. Poets take us to the rivers they live along--and grieve daily--the Peace River Canyon, Chilcotin, Taylor River, the Humber River, Millstone River, the Fraser River, and more. In Canada, the watershed runs into the Pacific, Arctic, Hudson Bay and the Atlantic. This water houses the aquatic ecosystems that feed and nurture not only the people, industries and animals on land but also drains into the world's oceans. It is part of the hydrologic cycle that begins with water evaporation to become groundwater that seeps into rivers, streams, lakes and oceans. It is the water we bathe in, drink, and with which we grow our food. As it becomes more and more poisoned from industrial corporations, mining and the many, too many humans on our planet, it also becomes more and more endangered. We are paying attention. We are aware of the watershed moment that we inhabit in the twenty-first century. We know that change must come. Contributors include Kate Braid, Gary Barwin, Katherina Vermette, Arlene Pare, John Pass, Ariel Gordon, Brian Brett, Trevor Carolan, John Terpstra, Russell Thornton, Zoe Landale, Christine Lowther, Elena Johnson, Elee Kraljii Gardiner, Daniela Leza, Rhonda Ganz, Geoffrey Nilson, Pamela Porter, Barbara Pelman, Kelly Shepherd, Rob Taylor, Zachariah Wells, Bren Simmers, and more.

Yvonne Blomer lives in Victoria, BC where she works as a poet, memoirist, writing teacher, event organizer and mom. She was born in Zimbabwe and came to Canada when she was two years old. With her husband she has taught in Japan, cycled in Southeast Asia and lived in the UK where she completed an MA in Creative Writing: Poetry. Her poems have twice been shortlisted for the CBC Literary awards and have appeared in literary journals in Canada and abroad. Her first collection of poetry, a broken mirror, fallen leaf (Ekstasis Editions), was shortlisted for The Gerald Lampert Memorial Award in 2007. She is the Artistic Director of the Planet Earth Poetry Reading Series in Victoria, B.C. In 2012 Yvonne?s illustrated series of poems Bicycle Brand Journey as well as her second full collection The Book of Places were released.

"Stop. Slow down. Suspend time. Let your soul come to rest in this haunting book as you take a quiet journey to a watershed that someone cherishes. SWEET WATER examines our relationship to water in all it forms by the best poets among us and powerfully reminds us of our dependence on this precious life force. A wonderful collection. "--Maude Barlow, activist, honourary chair of the Council of Canadians, and author of Whose Water is it Anyway: Taking Water Protection into Public Hands"It is no secret that freshwater has become more scarce as fossil fuel industry expansion and other dangerous land use practices continue. This refreshing volume, whose pages are made possible by the same substance that allows us to live in pursuit of decolonization and other forms of justice, is essential. If these charge-sequenced poems can prompt reflection on the stuff of reflecting pools, lives and ecosystems will be richer for it. "--Christine Leclerc, author of the long poem ?Oilywood? 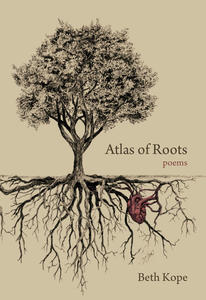 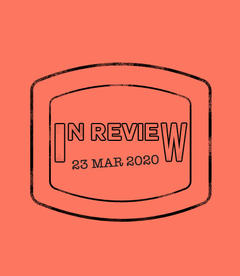 In Review: The Week of March 23rd

Between binging Netflix's Pandemic and further feeding our worries, we soothed our fears with poetry: reading it, listening to it, and sharing it with you. Scroll on for more on that, as well as an important take on accessibility and books from Amanda Leduc, a virtual chat with ... Read more

Other titles by Yvonne Blomer