Such a Lovely Little War

Such a Lovely Little War

This riveting, beautifully produced graphic memoir tells the story of the early years of the Vietnam War as seen through the eyes of a young boy named Marco, the son of a Vietnamesediplomat and his French wife. The book opens in America, where the boy's father works for the ... Read more

This riveting, beautifully produced graphic memoir tells the story of the early years of the Vietnam War as seen through the eyes of a young boy named Marco, the son of a Vietnamesediplomat and his French wife. The book opens in America, where the boy's father works for the South Vietnamese embassy; there the boy is made to feel self-conscious about his otherness thanks to schoolmates who play war games against the so-called "Commies. " The family is called back to Saigon in 1961, where the father becomes Presideent Ngo Dinh Diem's personal interpreter; as the growing conflict between North and South intensifies, so does turmoil within Marco's family, as his mother struggles to grapple with bipolar disorder.

Visually powerful and emotionally potent, Such a Lovely Little War is both a large-scale and intimate study of the Vietnam War as seen through the eyes of the Vietnamese: a turbulent national history interwined with an equally traumatic familial one.

Marcelino Truong is an illustrator and painter, and the author of the graphic memoir Such a Lovely Little War and its sequel Saigon Calling. Born the son of a Vietnamese diplomat in 1957 in the Philippines, he and his family moved to America (where his father worked for the embassy) and then to Vietnam at the outset of the war. He attended the French Lycee in London, then moved to Paris where he earned degrees in law at the Paris Institute of Political Studies, and English literature at the Sorbonne. He lives in St-Malo, France.

What holds the book together is Truong's artwork: confident, contoured brush strokes with watercolor washes, alternating between full color and monochromatic tints. He shows us that what was happening in Vietnam was a nightmare, but also that his youthful perspective made it seem, at the time, like an adventure. -New York Times

A terrific graphic novel . .. [Given] American film representations of Vietnam (from Apocalypse Now and Platoon to Full Metal Jacket and Hamburger Hill) have become the de facto popular truth of that war, Truong's nuanced account offers an absorbing counter-narrative.
-Macleans

A riveting graphic memoir . .. Perhaps the passage of time has added an objective and journalistic vantage point for this eyewitness account, making a pivotal moment in American, French and Vietnamese history so meaningful and gripping. -Shelf Awareness

Truong shows his command of both text and visuals, as his boyhood provides a compelling perspective on the beginnings of a war that would have such devastating impacts on Southeast Asia and America alike . .. A first-rate work of graphic memoir dealing with a pivotal period in modern American history. -Kirkus Reviews (starred review)

A gorgeous graphic memoir . .. This story of one family during a horrible war is powerful, managing to be both broad and intensely intimate at the same time. -Book Riot

Truong's art has an appealing simplicity -- it's deceptive, drawing the reader into the idiosyncrasy of each character's expression. This artistic presence, this human touch, makes Truong's world -- the explosions from within and without --so much more immediate.
-Quill and Quire 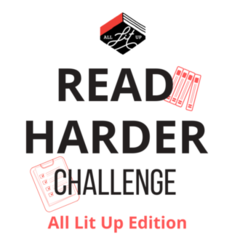