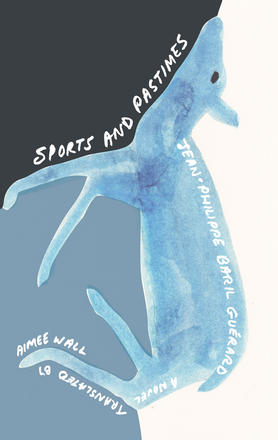 Inspired by Erik Satie's work of the same name, Sports and Pastimes is the latest novel by acclaimed Montreal playwright and author Jean-Philippe Baril Guérard.

Inspired by Erik Satie's work of the same name, Sports and Pastimes is the latest novel by acclaimed Montreal playwright and author Jean-Philippe Baril Guérard.

Translated by Aimee Wall (whose translation of Vickie Gendreau's Testament for BookThug in 2016 drew critical reviews), this fast-paced story follows the daily life, at once empty and overloaded, of a group of friends who spend all their energy trying to distract themselves with huge hits of endorphins, art and various substances, navigating pleasure and boredom, the extraordinary and the banal, as (more or less) worthy representatives of the best and worst of what their era has to offer.

Praise for Sports and Pastimes:

"Guérard's short sentences (in Aimee Wall's translation) turn on a dime, crisply characterizing both the shallow, rich youth who move in these circles and the narrator, who loves to hate them. " --Quill and Quire

Born in Plessisville, Quebec, Jean-Philippe Baril Guérard has published two novels in French: Royal and Sports et divertissements (longlisted for the 2014 Prix des librairies). Guérard also co-authored the novel Les cicatrisés de Saint-Sauvignac, stories of water slides and Ménageries, a collection of illustrated tales--both published by Les Éditions de ta Mère. He has written a number of plays, including Quatre Contes Crades / La damné de Lachine and other crazed tales, and Baiseries, and wrote and directed Tranche-Cul/Cut-Throat, a play presented at Montreal's Théâtre Espace Libre in December 2014 and in London, UK, in 2016.[51 words] Newfoundland-native Aimee Wall is a writer and translator. Her essays, short fiction, and criticism have appeared in numerous publications, including Maisonneuve, Matrix Magazine, the Montreal Review of Books, and Lemon Hound. Wall's latest translation is of Vickie Gendreau's Testament (BookThug, 2016). She lives in Montreal. Connect with her on Twitter @aimeelouisewall. 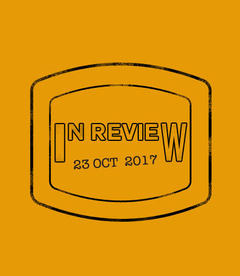 In Review: The Week of October 23rd

This week we recalled our ICQ-glory days with our Time Capsule series and had way too much fun imagining a dream cast for the novel Sports and Pastimes (calling all producers!). 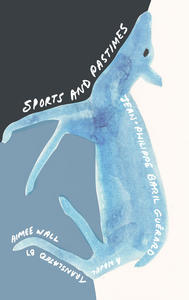 Jean-Philippe Baril Guerard's  Sports and Pastimes (translated by Aimee Wall, BookThug) achieves the nigh-impossible: it perfectly describes the apathy and disillusionment of wealthy youth (in this case, wealthy Montreal youth) while still being super-fun to read. It's a ... Read more