South Away follows Meaghan Marie Hackinen and her sister in the adventure of a lifetime: bicycling from Terrace, BC down the West Coast to (almost) the tip of the Baja Peninsula. Along the way Hackinen battles with the elements in Vancouver Island's dense northern forests and ... Read more

South Away follows Meaghan Marie Hackinen and her sister in the adventure of a lifetime: bicycling from Terrace, BC down the West Coast to (almost) the tip of the Baja Peninsula. Along the way Hackinen battles with the elements in Vancouver Island's dense northern forests and frigid Mexican deserts; encounters strange men, suicidal highways and monster trucks; and makes some emergency repairs as ties and spokes succumb to the ravages of the journey. Luckily, the pair meet some good people along the way and glean some insight about the kindness of strangers.

A rare road-trip story with two female leads, this travel memoir also chronicles an inner journey, as the author begins to better understand her relationship with her adventurous (and not-so-adventurous) family. South Away tells an engaging and personable tale, with imaginative and memorable depictions of land and sea along the ever-winding coast.

Meaghan Marie Hackinen is a writer and cyclist from Vancouver, BC. Her two-wheeled adventures have taken her from Haida Gwaii to Mexico's high plateaus, across Canada and the United States, and, most recently, from North Cape to Tarifa along some of Europe's highest paved roads. Her writing explores relationships, experiences on the road, and encounters with wild places. Her creative non-fiction, poetry, and prose can be found in literary journals and cycling magazines. She has an MFA in Writing from the University of Saskatchewan and currently resides in Kelowna, BC.

Prologue
Highway 1 tapered south of San Francisco as my sister and I closed in on Devil's Slide. One behind the other, Alisha in the lead. Rubber tires clinging to the crumbling white line at the asphalt's edge. Devil's Slide's reputation for landslides and collisions preceded it--warnings about this treacherous, winding stretch of highway had plagued us since the Oregon-California border. Knowing this, we could have taken another route, detouring inland along the Interstate, but that would have added an extra half-day. Moreover, after sitting on our asses for a week in San Pablo suburbs--an hour-long train commute from the bright lights of San Francisco proper--we were anxious to hit the road.

It was November 10, 2009. Ten weeks earlier, I had collected my final paycheque, packed my bicycle panniers, and rolled down the driveway of the house in Terrace, British Columbia, where I'd been renting a room for the summer. I am as fresh and untired as they come, a brand new university grad with a B.A. in Archaeology and no actionable plan for the future. I knew I didn't want to end up like my mother--or the rest of the content-in-their-mediocrity middle-class who populated the Surrey suburbs where I'd spent my childhood--and I knew I wouldn't survive doing something that I hated. Rather than settle into a career (assuming there was a job waiting for me, which there wasn't) I had decided to ride my bicycle six thousand plus kilometres down the western coast of North America, from Terrace to Cabo San Lucas at the tip of the Baja Peninsula. A month into the journey, my sister, Alisha, had joined me.

Now, we were careening down the dusty California coastline, halfway to Cabo, the torrential downpours of Washington and Oregon behind us and SoCal's palm-lined beaches beckoning us south.

At Devil's Slide the highway wound further inland, and soon Alisha and I found ourselves on a wooded mountainside, the rock-scree slope topped with deciduous trees whose fire-hued leaves were carried off by gusts of wind. Pale, near-bare branches ribbed over the roadway. Out of sight, a couple hundred metres to our right, the jagged cliffs of Devil's Slide promontory dropped into the frothing Pacific Ocean.

A horn honked--aimed at us? My heart slammed. Cars in quick succession, inches from the sides of our back panniers. Like a pair of rabbits that had inadvertently wandered onto the track of the Monaco Grand Prix, we were trapped. Why hadn't someone thought to lay the road six inches wider? With no place to pull off to let vehicles pass, we'd become hostages to this devil of a mountain.

I followed the hitch of Alisha's hips as she rocked up the slope, the incline so sharp that we were barely making headway; simply balancing, maintaining a straight course among the rush-wind of passing cars, was challenge enough. My ears echoed with the whir of traffic until at last we reached the summit. The woods cleared, our surroundings suddenly arid, barren. Straws of yellowed grass poked between smooth hillside stones to our left; sheer cliffs plunged into violent surf on our right. Once Alisha and I began our descent, I lost sight of the drop, but the snaking guardrail stood as a reminder of our precarious position on the mountainside. My eyes sped along the twisting white line of the highway shoulder. Another blaring horn, and my chest cinched tighter. My bike computer read thirty miles an hour, but traffic streamed past as if we were standing still.

Abruptly, Alisha's rear tire leapt into my field of vision. Too close--and still decelerating. I snapped the brake levers. My back wheel locked. Panic.

"Go!" I shouted. A fast-approaching potato chip delivery truck loomed like an aggressive T-Rex in my side-view mirror. "Go-go-go-go-go!"

I clipped her from behind, tire against spinning tire. She screamed. A feral, deep-bellied wail.

I knuckled down on the brakes again. My bike frame shuddered from the force, skidding. Even closer to the guardrail. Eyes fixed on the quicksilver sea, hundreds of metres below.

Holy shit, I thought. This is where my story ends.

Praise for South Away:
"Everyone says 'Be careful,' but Meaghan Marie Hackinen wants to live large. South Away will fill your lungs with the fresh air of adventure and restore your faith in human goodness. An exhilarating debut."
~ Candace Savage, author of A Geography of Blood and Strangers in the House
"Hackinen's journey is the quest of her dreams. Her sharp images of life on the road reveal that the world is more complex than she thought--and that sometimes people will let you camp on their front lawn."
~ Nicole Haldoupis, editor of Grain Magazine and untethered 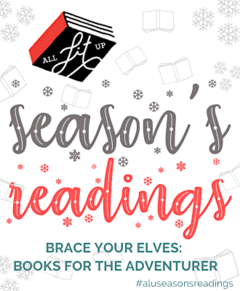 Brace your elves and get ready for takeoff this holiday season! Today's bookish picks are for the choose-your-own-adventure-er in your life who doesn't hesitate to jump on the next flight out to wherever and is always up for taking a chance on a less-travelled path. 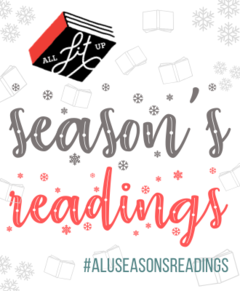