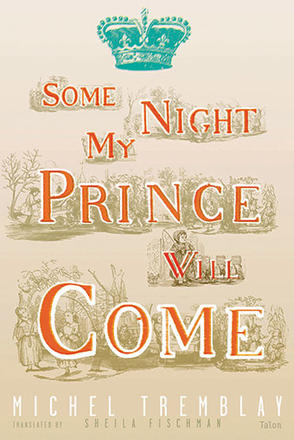 Some Night My Prince Will Come

Some Night My Prince Will Come

An evening at the opera spills out onto the street and into an odyssey through Montreal by night. The narrator, both innocent and cynical, rushes headlong down what appears to be the road to ruin—or perhaps merely to the loss of his virginity. We follow him from a café called ... Read more

An evening at the opera spills out onto the street and into an odyssey through Montreal by night. The narrator, both innocent and cynical, rushes headlong down what appears to be the road to ruin—or perhaps merely to the loss of his virginity. We follow him from a café called El Cortijo (spanish for a country house with a farm building attached) to a nightclub called the Four Corners of the World. This is an urban metaphor for the classic story of the shrewd country boy bedazzled and led astray by the bright lights of the big city. We discover along with him a burlesque world of transgression and madness, where pleasures are far from simple and love is somewhat less than pure. On the street, as at the opera, passions are on the loose and truth and falsehood leave their marks in the service of the urgencies of desire. Will our hero find love and pleasure after all? This evocative account of his adventure is stamped with the ironic and the affectionate wit and humour that characterize all of Michel Tremblay’s novels and memoirs.

Drawing its fiction from many of the autobiographical sketches to be found in Bambi and Me, Twelve Opening Acts and Birth of a Bookworm, and from a collision of the Francophone east and the Anglophone west of Montreal, this novel marks a hiatus between Tremblay’s six-volume Chroniques and his more contemporary novel, The Heart Laid Bare.