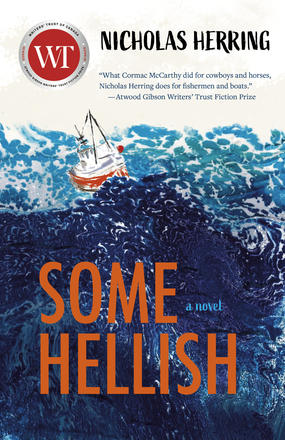 Herring is a hapless lobster fisher lost in an unexceptional life, bored of thinking the same old thoughts. One December day, following a hunch, he cuts a hole in the living room floor and installs a hoist, altering the course ... Read more

Herring is a hapless lobster fisher lost in an unexceptional life, bored of thinking the same old thoughts. One December day, following a hunch, he cuts a hole in the living room floor and installs a hoist, altering the course of everything in his life. His wife Euna leaves with their children. He buries the family dog in a frozen grave on Christmas Eve. He and his friend Gerry crash his truck into a field, only to be rescued by a passing group of Tibetan monks.

During the spring lobster season, Herring and Gerry find themselves caught in a storm front. Herring falls overboard miles from the harbour, is lost at sea for days, and assumed to be drowned. And then, he is found, miraculously, alive. Having come so near to death, he is forced to confront the things he fears the most: love, friendship, belief, and himself.

Some Hellish is a story about anguish and salvation, the quiet grace and patience of transformation, the powers of addiction and fear, the plausibility of forgiveness, and the immense capacity of friendship and of love.

Nicholas Herring’s writings have appeared in the Puritan and the Fiddlehead. He lives in Murray Harbour, PEI, where he works as a carpenter. Some Hellish is Herring’s debut novel.

“Pay attention! Not since Nights Below Station Street or the masterpiece Lives of Short Duration has Atlantic Canadian literature seen a book as heart-wrenchingly beautiful as this one. The clarity and the quality of the writing, so stark and so pure, should be enough — there are single lines you will read over and over — but Nicholas Herring also has a larger poetic vision, equal parts physical and philosophical, that first takes in this whole world, then tenderly holds it together. This is a powerful story about people who live and work between the sea and the land, and there is elemental power pulsing through its every page. ”

“Brilliant and moving, Some Hellish tears a hole between the ordinary and the fantastic, the sacred and the profane. It is uncomfortable, sometimes painful, but also startling and beautiful to have things opened up like that, to see right through. ”

“What Cormac McCarthy did for cowboys and horses, Nicholas Herring does for fishermen and boats in his novel Some Hellish. With a deep knowledge of the Island and a passion for the language of work, Herring’s voice is droll and philosophical, ribald and poetic. The age-old story of humans versus nature finds a fresh cadence as Herring trawls the seas for body and soul. There is a dark beauty within this story, and it will make the reader’s heart sing. ”

“Like The Old Man and the Sea — if the old man were a middle-aged Maritimer, and the big fish were his own life, his pain, his addictions, his deep love — Some Hellish follows an irrepressible everyman, as he struggles to remake his life and come to terms with his vision of what is possible and important for him and those around him. An immersion in the rich, surprising, and vivid contemporary fishing culture, Some Hellish is some inventive, some compelling, some compassionate. It’s some book. ”

“Nicholas Herring is a new and utterly distinct talent. His book’s style and sweep, its metaphorical richness and rhetorical beauty, come from some splendid place that must only exist in his mind, a place where Shakespeare becomes the new bass player for Metallica and speaks with a curious Atlantic-Canadian accent, telling loud, sacrilegious, frequently offensive jokes. ”

“Any novel that combines Tibetan monks and PEI lobster boats is fine by me. Some Hellish achieves a surprising and wonderful balance: bawdy and spiritual in the same moments. There is mondo drinking, prodigious and inventive cursing, devilish humour, and serious literary chops. Some Hellish is irreverent and screwball and it’s inspired writing. ” 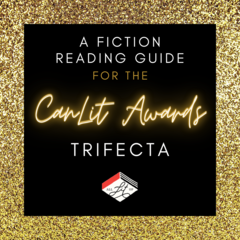