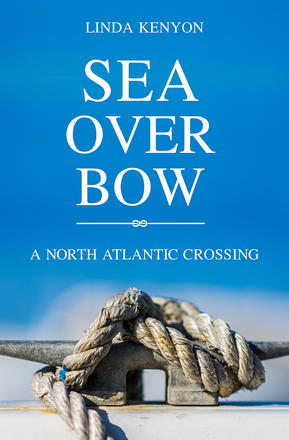 After her marriage of 25 years ended badly, Linda Kenyon was determined to never put herself in the way of a broken heart again. But then she met an extraordinary man, and in an act of great courage -- or foolishness -- decided to sell everything she owned and sail across the ... Read more

After her marriage of 25 years ended badly, Linda Kenyon was determined to never put herself in the way of a broken heart again. But then she met an extraordinary man, and in an act of great courage -- or foolishness -- decided to sell everything she owned and sail across the ocean with him. Sea Over Bow: Crossing the North Atlantic is the account of that journey. It takes readers to the middle of the ocean, a place most people have only imagined. It describes the trail of sparkling blue-green light that traces their path across the water at night. Curious dolphins who frolic around the boat. The rising sun that shines through the yellow and green stripes of the spinnaker and bathes the cockpit in soft warm light. Throwing up in a pail. Dinty Moore stew straight from the can when the sea is too rough to even attempt a meal on the gimbal stove. Hurricane force winds and safe harbours. Along with the challenges of nature is also the time to think, and dream, and make sense of life. Sea Over Bow is ultimately a love story, the story of falling in love with a man, and of falling in love with the simple life on board a small craft in a large ocean, surrounded by the beauties of the natural world.

Linda Kenyon is a writer of short fiction and creative non-fiction. She lives full-time on a 43-foot sailboat with her second husband Chris, an accomplished sailer. Stories about her sailing adventures have appeared in Grand Magazine and she has had several short stories published in Canadian literary journals. She has published two flash fiction chapbooks, You Are Here (Trout Lily Press) and This is a love song, sort of (Stonegarden Press) as well as the non-fiction book Rainforest Bird Rescue: Changing the future for endangered wildlife (Firefly Books), which won a Canadian Science Writers Association Science in Society Journalism Award.

The wind was from the southwest—we knew it would be, right on the nose, but it was supposed to clock around to the north so we put out just a slip of genoa, reefed the main, and settled in for a lively sail. It was rough, but we soon got used to the pounding. You can handle almost anything on a nice sunny day.

But as the day wore on, the wind showed no sign of clocking and the seas continued to build. There was no way we could hold our course. By nightfall, we were sixty miles off shore, well off Cape Fear, but farther off shore than we’d ever been. And the wind was picking up.

We had crackers and cheese for supper—neither of us wanted to spend much time below deck, and in truth, we were both feeling a little queasy. Then I went down to try to sleep while Chris took the first watch. I lay there in the dark, trying not to think about the ghost pirate ships locals claimed to have seen in these waters. The boat was galloping along, the oil lamp above my head swinging wildly. The rigging creaked and groaned, water rushed along the steel hull. There’s no way I’m going to sleep, I thought, but I must have, because suddenly it was 2 am, time for my watch.

The wind had definitely picked up, and waves were breaking over the bow, I discovered, when I staggered to the head. We’d left the hatch open, and I was treated to a salt-water shower. I grabbed a towel and dried myself off as best I could then, grumpy and wet, took a little too long to pull on my warm fleecy and boots.

By the time I got above deck, I knew I was in trouble. There’s no mistaking that feeling in your stomach. But it was no wonder. While I was sleeping, Chris had been “letting it run,” as he calls it. This means carrying way too much sail, going way too fast, and heeling way over as we pound into the waves. He saw the look on my face.

“Let’s reduce sail,” he said, furling in about half the genoa.

We tied a second reef in the main and the boat slowed down, straightened up a little.

“That’s Frying Pan Shoal, off Cape Fear,” Chris said, pointing to a light up ahead. “Keep it well to starboard. Oh, and I think there are warships on manoeuvre out here—haven’t seen anything, but there’s been lots of chatter on the radio. Better keep an eye out. ”

With that, he gave me a quick kiss and headed below to sleep. I stood bravely at the helm, watching the approaching light, scanning for ships. No, I told myself firmly, taking big breaths of fresh air and searching for the horizon. But it was pitch black—no moon. And the shore was out of sight. There was no way to orient myself, to straighten out the confused little compass in my head. I could feel my stomach churning as the boat heaved up and down. I checked to make sure the pail was at hand, and, oh my god, okay, here it came—I heaved what was left of my cheese and crackers into the pail.

I was still retching when an officious voice filled the cockpit.

I pulled my head out of the pail long enough to check our co-ordinates on the GPS. Of course he was talking to me. I took a couple brave swallows, reached for the VHF microphone.

“To the vessel hailing, this is the sailboat MonArk. ”

Back to the pail.

“We are an aircraft carrier with limited manoeuvrability. Please maintain a five-mile distance from our position. ”

I lifted my head from the pail, wiped my chin on my sleeve.

I had no idea where he was, but I set the radar alarm to six miles and went back to my pail. If anything shows up, I thought, I’ll get out of its way.

Thankfully, the radar remained clear, and in time, there was nothing left for me to throw up. I drank some water, threw it up, drank some more, threw it up. It was miserable, but much better than the dry heaves. I looked at my watch—five more hours to go—checked the position of the light, scanned for ships.

It seemed to take forever to come abreast of the light. It was the middle of my watch before it was safely behind us and we were sailing into the dark. No moon. No shoreline. I turned on the radar, scanned for ships. Nothing out there. I checked our position and heading, switched off the instruments. So dark.

I looked down through the companionway. I could just make out Chris wedged into the sea berth with pillows so he didn’t fall out as the boat pounded and rocked. He felt me looking at him, opened his eyes, smiled.

He was asleep again. How did he do that?

I looked back. I could still make out the flashing light marking Frying Pan Shoal, tiny now but still visible.

What are you doing out here? You don’t know what you’re doing.

It’s surprising, I thought grimly, how long things take to disappear behind you. 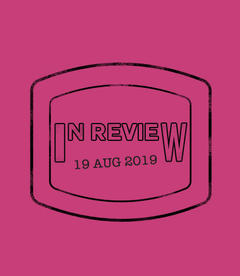 In Review: The Week of August 19th

This week we interviewed Missy Marston, author of our #alubookclub pick Bad Ideas (ECW Press), recommended a follow-up read to Cheryl Strayed's Wild, and shared poems and a debut short story collection. Also, ASMR is becoming official. Scroll on for that and more. 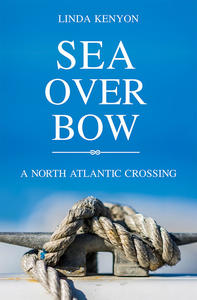 If you liked Cheryl Strayed's Oprah-approved memoir Wild, you'll want to set sail with Linda Kenyon's Sea Over Bow (Signature Editions), an epic adventure memoir that tells the story of a woman crossing the North Atlantic Ocean in a sailboat.