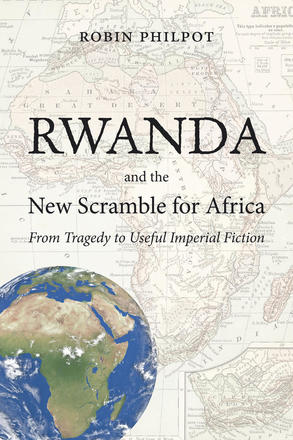 Rwanda and the New Scramble for Africa

Rwanda and the New Scramble for Africa

Former UN Secretary General Boutros Boutros-Ghali declared to author Robin Philpot that “the Rwandan Genocide was 100 percent American responsiblity. ” Yet a more official narrative would have it that horrible Hutu génocidaires planned and executed a satanic scheme to eliminate ... Read more

Former UN Secretary General Boutros Boutros-Ghali declared to author Robin Philpot that “the Rwandan Genocide was 100 percent American responsiblity. ” Yet a more official narrative would have it that horrible Hutu génocidaires planned and executed a satanic scheme to eliminate nearly one million Tutsis after the Rwandan presidential plane crashed in the heart of dark Africa on April 6, 1994. Where do these two contradictory narratives come from? Which is true? Robin Philpot’s vast and methodical research, extensive interviews, and close analysis of events, testimony in courts, and popular writings on the subject show not only that that official narrative is false, but that it was edified to cover up the causes of the tragedy and to protect the criminals responsible for it. What’s more, to make that story more believable, the storytellers have unfailingly reproduced the literary traditions, clichés, and metaphors that provided the underpinnings of slavery, the slave-trade, and colonialism. Nearly 20 years later, the facts about the Rwandan tragedy have been so distorted and the adjudicated facts ignored that Rwanda is now used everywhere to justify so-called humanitarian intervention throughout Africa (and the world). It has become a “useful imperial fiction,” and for that reason, this book seeks to find out what really happened there.

Robin Philpot is a writer, translator, and publisher. He is the author of six books in French on international and Canada/Quebec political issues and is coauthor with Jacques Lacoursière of A People's History of Quebec. He lives in Montreal.

“Explosive, very daring and solidly defended . . . a real bomb that rocks our interpretation of the Rwandan tragedy!” —Le Devoir, Montreal

“Philpot’s investigations show that behind all the words can be found an operation to destabilize and remodel the region. ” —Africa International, Paris

“Robin Philpot’s Rwanda and the New Scramble for Africa effectively dismantles a remarkable structure of disinformation on an important area and topic and it throws light on the broader thrust of imperial policy. This book is essential reading. ”  —Edward S. Herman, economist and professor emeritus of finance, Wharton School of the University of Pennsylvania

"The author makes strong, compelling cases. ... Rwanda and the New Scramble for Africa presents an illuminating investigation of the Rwandan crisis that will often grip the attention of serious readers and foreign policy experts. " —Karl Helicher, forewordreviews. com

“Philpot has provided us with an invaluable resource for understanding the Rwandan tragedy and for countering those who cite the tragedy in order to justify Western military interventions. ” —Yves Engler, Montreal Review of Books

“Robin Philpot’s book makes an extremely valuable contribution. . . . Rwandan and the New Scramble for Africa is an essential read for anyone intersted in understanding the roots of the Rwandan tragedy. ” —Dan Glazebrooke, counterpunch. org