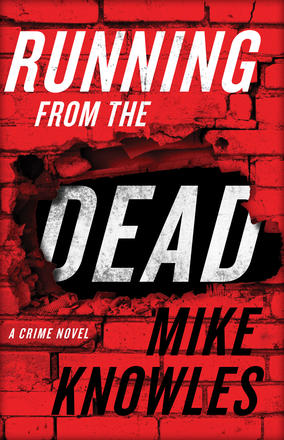 Running from the Dead

Running from the Dead

“The best private detective novel I’ve read in some time … This one deserves an award. ” — ... Read more

“The best private detective novel I’ve read in some time … This one deserves an award. ” — Bay Observer

After his six-year search for a kidnapped boy ends in a suspicious murder, private detective Sam Jones is forced to take matters into his own hands: he must track down a missing girl and clear his name before the police track him down.

Private detective Sam Jones’s six-year search for an eight-year-old boy ends with gunshots in a basement and cold bodies that would eventually lead the police straight to him. Jones had never promised Ruth Verne that he would find her son alive, but he knew deep down that she believed he would — worse, he had believed it too. Jones wasn’t ready to look Ruth in the eye and tell her he had failed. He wasn’t ready to admit that he lost everything and had nothing to show for it.

But an unsigned note scrawled on a bathroom door gives Jones a second chance — a chance for redemption. Thirteen words left by a young girl in trouble give him someone to chase and a reason to keep moving before the cops move on him. Jones follows the trail from an idyllic small town to the darkest corners of the city, running from the boy he failed toward the girl he could still save.

“I’m looking for a girl. She’d be under twenty, around five-feet tall, and wearing a lot of make-up. ”

Diane flashed a look over Jones’ shoulder; probably at Sheena who was still out of earshot. She turned up the volume. “You’re looking for a girl?”

Jones held up his hands. “I’m not looking for a girl, Diane. I think this girl might be in trouble. ”

Diane looked Jones over. “You a cop or something?”

From her tone, Jones could tell that the possibility of a yes had excited her; his answer left her feeling confused. “What does that mean?”

Diane laughed. “Shut up. That’s not a real thing. ”

“It is,” Jones said. “So tell me, Diane, do you remember a girl under twenty with a lot of eye make-up in here in the last four days?”

Diane thought about it for a second and then she laughed. “Hey, how’d you know my name was Diane? You really must be a private investigator. ” She put her hand on his arm again. “A good one. ”

Diane leaned closer and laughed. “Oh, right. Duh. I’m such a scatterbrain. It’s the wine,” she leaned in a little closer. “I get into so much trouble when I have too much. ” With her hand still on Jones, she said, “Let me think. ” Her thumb moved back and forth over the fabric of his jacket. When she spoke, her voice was quiet—an invitation to come closer and share a secret. “I think I might remember someone like that. Why don’t you buy me a drink and we can talk about it?”

“You think you saw her?”

“She would have been left handed. ”

Jones shook his head. “Nothing to be sorry about. I’m not left handed. Listen, why don’t you let me buy you that drink. ”

Diane smiled wide. “If you insist. ”

The promise of a drink loosened the grip on Jones’ arm. He watched Diane walk back to her table with a lot of hip thrown into her gait.

“I gotta ask. How the hell do you know she’s left handed?”

Jones looked over his shoulder and saw that Sheena had made her way back. “The smudges,” he said. “Her knuckles made them when her hand moved to the right. ”

Jones turned and rested his elbows on the counter. “The place she picked to write was another dead giveaway. No righty would have picked that spot. It would have been too hard to write there. That’s why most of the other tags are in the middle of the door. ”

“What are you, some kind of handwriting expert. ”

Jones smiled and lifted his arm. “Used to be left handed. ”

Sheena looked at the empty jacket sleeve unimpressed. Jones put it down and instantly liked her more than he had a second before. She rested her back against the prep-counter opposite Jones and crossed her arms. “Are you really a private investigator? Like in the movies?”

Jones shook his head. “If this were the movies, I’d have already the case solved. ”

“[A] brilliantly woven crime novel … The realistic, multidimensional characters evolve, as do their relationships with one another. With any luck, Jones will be back for an encore. ” — Publishers Weekly, starred review

“Canadian novelist Knowles is a strong writer, with a real sense of what makes bad people tick and what makes good people risk their lives to catch the bad ones. His prose style is top-notch, too — lean, hard-edged, and brutally honest when it needs to be. As stories of redemption go, this one is particularly interesting … A must-read crime novel from a writer who deserves to be on the radar screens of a lot more genre readers. ” — Booklist, starred review

“The noir world evoked by Knowles’ brutally clipped prose is so dark that the smallest victories seem like miracles. ” — Kirkus Reviews, starred review

“As we discovered in his most recent crime novel, Tin Men, Mike Knowles does noir really, really well.  Running From the Dead is even better. It’s a smart, serious, carefully crafted gem that belongs in the rarified company of writers such as Dennis Lehane and John Sandford. ” — Globe and Mail

“The best private detective novel I’ve read in some time … This one deserves an award. ” — Bay Observer