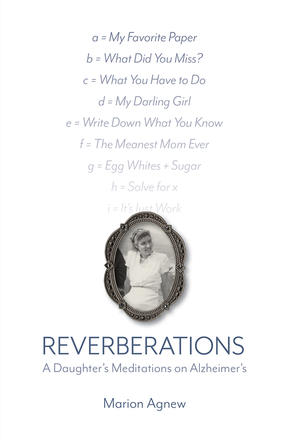 Most people think Alzheimer's Disease is the same as memory loss, if they think about it at all. But most people prefer to ignore it, hoping that if they ignore it hard enough, it will go away. That was certainly Marion Agnew's hope, even after she knew her mother's diagnosis. ... Read more

Most people think Alzheimer's Disease is the same as memory loss, if they think about it at all. But most people prefer to ignore it, hoping that if they ignore it hard enough, it will go away. That was certainly Marion Agnew's hope, even after she knew her mother's diagnosis. Yet, with her mother's diagnosis, Marion's world changed. Her mother — a Queen's and Harvard/Radcliffe-educated mathematician, a nuclear weapons researcher in Montreal during Word War II, an award-winning professor and researcher for five decades, wife of a history professor, and mother of five — began drifting away from her. To keep hold of her, to remember her, she began paying attention, and began writing what she saw. She wrote as her mother became suspicious on outings, as she lost even the simplest of words, as she hallucinated, as she became frightened and agitated. But after her mother's death, Marion wanted to honour the time of her mother's life in which she had the disease, but she didn't want the illness to dominate the relationship she'd had with her mother. This moving memoir looks at grief and family, at love and music. It is a coming-to-terms reflection on the endurance of love and family.

Marion Agnew's essays and short fiction have appeared in numerous magazines and literary journals, inluding The Malahat Review, The New Quarterly, Atticus Review, The Walleye, The Grief Diaries, and Full Grown People, as well as in the anthologies Best Canadian Essays 2012 and 2014. She has been shortlisted for the Prairie Fire contest as well as for a Pushcart Prize and Best of the Net. Originally from Oklahoma, she realized her dream of becoming a Canadian citizen and moving to the her family's summer property in the Canadian Shield, where she had spent the most magical summers of her childhood.

In mid-December, 1997, I stood at my kitchen table, flipping through the mail. Among the bills and ads, I found a couple of Christmas cards.

“Hey, this one’s from Mom,” I said aloud. The card showed a sprig of mistletoe tied with a red ribbon. Under the printed greeting inside, Mom had signed “Jeanne” instead of her usual “Mother,” and Dad had written, “Come see us! Ted. ” On the opposite page, Mom had written a note. As I read it, my stomach tightened.

I wish I had a time to visit together your during the avation. I enjoy very much some of the value evated as she sees us all. We enjoy very muh. I wish that all those precess that seem to have great help. Reap and the children are looking fast. Our children can “take forst” but we are working like greeting trying to see you again soon!

I winced. When did she get this bad?

For ten months, since Mom’s diagnosis the previous February, I’d had a name for her forgetfulness and confusion, her lost and mangled words. Until then, my sister and I had simply called it “how she is,” as in “you know how she is. ” But even after her diagnosis, I’d allowed “probable Alzheimer’s Disease” to remain an abstraction, separate from the woman who was my mother.

This Christmas card, shaking slightly in my hand, showed me her disease—right here,blue ink on white paper.

I sagged into a chair, blinking away tears to examine the card. She had really worked at this note, adding the word “your” to the first sentence: “I wish I had a time to visit together your during the avation. ” Did it make sense to her then?

As I looked, my initial horror became embarrassment. My father had no memory problems—why had he let her send this? Why had he let her expose herself in this way? My embarrassment turned into blaming annoyance at him, at his illegible scrawl. I looked again at what he’d written: “Come see us!”

Then I heard him—really heard him. Come see us. It was neither a command nor a demand; they were not his style. It was a plea beamed into the universe: “Is anyone there? Can anyone help us?” I felt the 800 miles between my home and theirs and sputtered sudden, guilty tears.

Most people think Alzheimer’s Disease is the same as memory loss. Well, most people don’t think about Alzheimer’s at all, if they can help it. Perhaps if we all ignore it hard enough, it will go away.

That was certainly my hope, even after I knew my mother’s diagnosis. After all, I was still young, just in my thirties, with my own life concerns. My parents, who had been in their early 40s when I was born, had always been satisfactory support for each other, their lives highly structured and extremely private. My four siblings and I had never spoken seriously and specifically with them about their money (that would be vulgar) or their health (that would be impertinent). Doing something active in relation to my mother’s forgetfulness and agitation felt unthinkable, impossible. On the rare occasions I let myself wonder about her health, I wanted to go to bed and pull the covers over my head.

But now, I had to think about this disease. Learn about it.

As Mom walked down the path of her disease, words dropped behind her—names here, a noun there. The farther into the disease she went, the more quickly the words disappeared, swirling behind her like autumn leaves caught in a strong wind. So I took that as my starting point: words. As Mom lost them, I would learn new ones.

After the holidays, I finally forced myself to read her physician’s diagnostic report from the previous year, which my father had shared with my siblings and me.

Patient has some problems with verbal communication, but no aphasia or paraphasias are noted. She did have some apraxia. ... Mini-mental status examination reveals a dismal score of 5/30.

From the dictionary, I learned that aphasia is a general inability to understand words and that paraphasia is the substitution of inappropriate words when speaking. Apraxia meant that Mom couldn’t complete complex coordinated movements easily.

I already knew the meaning of the word dismal.

So, no aphasia or paraphasia? The assessment contradicted Mom’s Christmas note. Still, I had noticed that she could still speak relatively well at the social level: “Hi, how are you; good to see you” were all phrases still close to the surface for her. Maybe the neurologist hadn’t pushed the conversation beyond that level.

Or maybe Mom’s abilities had deteriorated significantly in the year since this assessment.

On further neuropsychological testing, the patient failed in all major areas. She did very poorly on orientation, very poorly on attention. She could not do calculation very well but this was actually better than most other areas.

My mother began school in Grade 2 and was moved to Grade 3 within weeks. She graduated from high school at 15. At 24, she earned a Ph. D. in mathematics. After World War II, she declined an invitation to move to Los Alamos, New Mexico, to further pursue nuclear research. Instead, she married my father, a historian, raised a family of five, and became a university professor, teaching and conducting research in applied mathematics and mathematics education.

This neuropsychological test, which my mother took at the age of 79, may have been one of the few tests she ever failed. 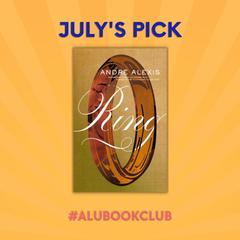 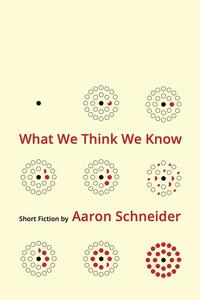 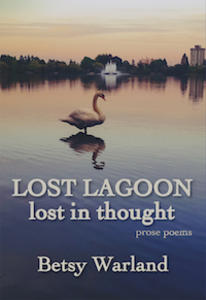 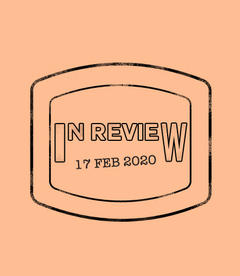 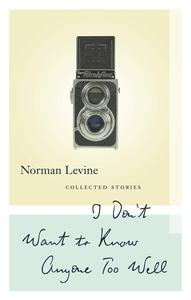 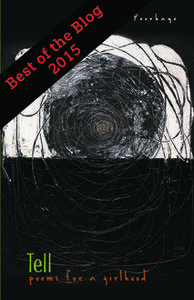 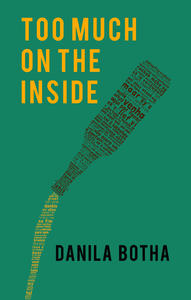 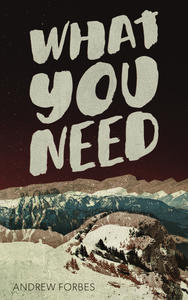 First Fiction Fridays: What You Need by Andrew Forbes

What You Need is the rare pleasurable read that’s as relatable as it is ambitious. Each story is a fully formed world that examines human nature in a number of forms: love, jealousy, rage, sorrow. There is a sense of aspiration, of reaching beyond one's means (often to ... Read more 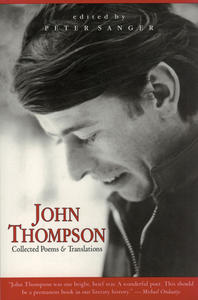