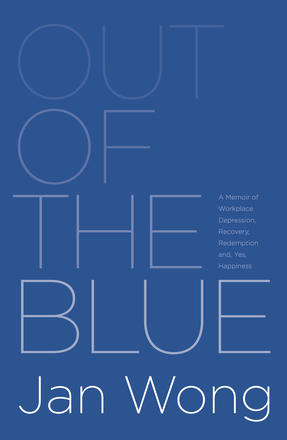 Out of the Blue

Out of the Blue

Out of the Blue is the surreal, wrenching, sometimes hilarious, and ultimately triumphant story of one woman’s struggle to come to terms with depression.

At the height of her career in journalism, Jan Wong’s world came crashing down. A story she wrote on a school shooting ... Read more

Out of the Blue is the surreal, wrenching, sometimes hilarious, and ultimately triumphant story of one woman’s struggle to come to terms with depression.

At the height of her career in journalism, Jan Wong’s world came crashing down. A story she wrote on a school shooting sparked a violent backlash, including death threats. Her newspaper failed to stand by her, and for the first time in her life she spiraled into clinical depression. She found herself unable to write, but the paper’s management thought she was feigning illness, and fired her. Her insurer rejected her claim of depression, and her publisher refused to publish this book.

Out of the Blue is a memoir unlike any other. It is the surreal, wrenching, sometimes hilarious, and ultimately triumphant story of one woman’s struggle to come to terms with depression.

Jan Wong is the author of five non-fiction bestsellers, including Out of the Blue and Red China Blues, named one of Time magazine's top ten non-fiction books of 1996. (Twenty years later, the book is still in print.) She has won numerous journalism awards and is now a professor of journalism at St. Thomas University. A third-generation Canadian, Jan is the eldest daughter of a prominent Montreal restaurateur.

Its an event rare enough in the Canadian publishing world to be considered a coup: a self-published non-fiction book former Globe and Mail journalist Jan Wongs Out of the Blue: A Memoir of Workplace Depression, Recovery, Redemption and, Yes, Happiness, launched May 5 has hit the Stars bestseller list, making its debut this week at No. 10.

Her latest memoir, Out of the Blue, reaffirms Wong as a brilliant writer and reveals a side of her we dont usually see: she is human like all of us.

Out of the Blue is a page-turner suffused with suffering and pluck.

In this rare exploration of workplace depression, Wong asks the reader to confront issues many of us have had to deal with, no matter how long we have been in the traditional workplace she had worked for the Globe for two decades. For example, for those that ascribe to the I work therefore I am motto, like she did, it makes you wonder about your own life, and you will begin to ask yourself some tough questions.

Wongs book reveals a thousand cuts to her body and soul. A great and perceptive writer, she has the gift of precision, detailing the side effects of each failed anti-depressant, the vortex effect of being unable to look at buildings she associated with pain, the shopping cure that brought dopamine blasts, the awfulness of mornings, that April is the worst month for suicide, and the graininess of the films a security firm secretly took at the launch of her 2007 book, Beijing Confidential.

Because of her honest book, conversation can continue within families, businesses and institutions, when a person’s behaviours suggest a mental health issue. Instead of being left to sink even deeper into illness, with support of therapists, friends and family, they can find their way to healthier and happier life.

As Wong states one in five individuals will be afflicted with a serious mental illness during their lifetime. Knowing this statistic, readers from all walks of life not to mention those employed as human resource representatives would definitely benefit from reading Out of the Blue.

There’s the W5 of Wong’s personal narrative: what happened to her, how she felt about it, what she did about it, etc. Which, as might be expected of a best-selling career journalist, is eminently readable and engaging.

"Jan Wong has clearly and accurately presented the history, signs and symptoms of depression and its underlying and associated pathological correlates. Her research is thorough and presented clearly. Bravo! Perhaps more importantly, she has painted an accurate and evocative portrait of a person trying to live a life with major depression, in a way that will edify, disturb, or comfort the reader. "

"The first of a new genre: the workplace divorce memoir . . . a page-turner suffused with suffering and pluck. "

"Wong’s book reveals a thousand cuts to her body and soul. A great and perceptive writer, she has the gift of precision. "

"Jan Wong is a courageous journalist who has walked into fire, literally and metaphorically, to bring us the truth. In Out of the Blue, she does so again, but this time it's personal. As she tracks her spiral into unipolar depression, she applies the same rigor that has made her renowned as a reporter. Who knew that Jan Wong, one of the toughest journalists in Canada, could be incapacitated by the disease? Out of the Blue proves that it doesn't matter who you are: depression is an equal-opportunity soul stealer. It proves that even enlightened workplaces have yet to fully come to terms with mental illness. It also proves that recovery and understanding are absolutely possible. Jan is a wonderful writer and, as she tells her own story, she speaks for me and for many. Some say depression is a gift. Well, it's not. But this book is. "

Wong may have travelled al long road, but Out of the Blue signals her courageous return. 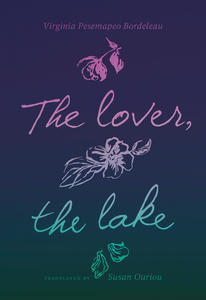 Other titles by Jan Wong