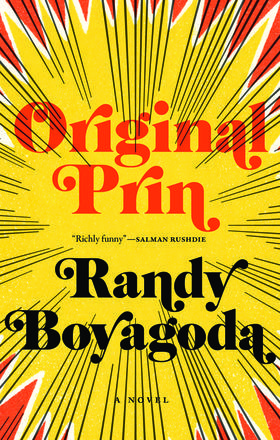 A GLOBE AND MAIL BEST BOOK OF THE YEAR

Eight months before he became a suicide bomber, Prin went to the zoo with his family.

A GLOBE AND MAIL BEST BOOK OF THE YEAR

Eight months before he became a suicide bomber, Prin went to the zoo with his family.

Following a cancer diagnosis, forty-year old Prin vows to become a better man and a better Catholic. He’s going to spend more time with his kids and better time with his wife, care for his recently divorced and aging parents, and also expand his cutting-edge research into the symbolism of the seahorse in Canadian literature.

But when his historic college in downtown Toronto faces a shutdown and he meets with the condominium developers ready to take it over—including a foul-mouthed young Chinese entrepreneur and Wende, his sexy ex-girlfriend from graduate school—Prin hears the voice of God. Bewildered and divinely inspired, he goes to the Middle East, hoping to save both his college and his soul. Wende is coming, too.

The first book in a planned trilogy, Original Prin is an entertaining and essential novel about family life, faith, temptation, and fanaticism. It’s a timely story about timeless truths, told with wise insight and great humour, confirming Randy Boyagoda’s place as one of Canada’s funniest and most provocative writers.

Randy Boyagoda is one of Canada’s funniest and most provocative writers. A regular presence on CBC Radio, his most recent novel, Beggar’s Feast, was selected as a New York Times Book Review Editor’s Choice and longlisted for the IMPAC Dublin Literary Prize. His first novel, Governor of the Northern Province, was nominated for the Scotiabank Giller Prize. Born to Sri Lankan parents in Oshawa, he lives in Toronto with his wife and four children. He is a professor of English at the University of Toronto, where he is also Principal of St. Michael’s College.

“Original Prin is many things at once: a richly funny campus novel, a painfully humorous portrait of a modern family, an examination of a whole spectrum of religious faith from shaky to fanatical, and finally, in a climax of pitch-black comedy, a thriller too. Boyagoda writes with real panache and drive. An unputdownable book. ”
—Salman Rushdie

“An original animal. ..Clever, often ingenious. ..[raising] fascinating questions about fanaticism and the state of the modern world. Prin evolves in surprising ways, and tensions spike. For readers feeling confounded at the end, fear not. It’s the first in a planned trilogy. ”
—The New York Times Book Review (Editor's Choice)

“University corruption, infidelity, Catholic theology, Middle Eastern politics: not many writers could convincingly keep so many balls in the air, and that Boyagoda does so in a truly funny novel is impressive enough. But perhaps even more striking is the depth of sensitivity and understanding that Boyagoda brings to the emotive issues of faith, immigration, and violence. By examining the messy intersections between religious fundamentalism, global capitalism, and liberal values through the gentle comic form of the campus novel, Boyagoda does more than offer clever satire—he humanizes these vast impersonal forces even as he imbues them with a moral complexity that frustrates easy political judgment. ”
—The Walrus

“That Boyagoda can take on faith, global capitalism, religious terrorism, upper-middle-class preciousness and self-delusion—all the while implicating Canada in traditionally “American” problems—attests to his talent. It also manages to be a taut and funny novel throughout. ..This is the first volume of a planned trilogy. If I could hazard my own divination of signs, I would bet Boyagoda could take [Prin] anywhere. ”
—America: The Jesuit Review of Faith & Culture

“Boyagoda sets up a tightly paced novel in Original Prin that succeeds on a number of fronts. It’s a hilarious romp of a campus novel, poking fun at the market-driven ethos of the modern Canadian academy. It’s a touching look at the complicated sacrifices demanded of familial love. At heart, it’s a richly humorous novel that explores the struggle for spiritual believers in a fiercely secular world. ..capturing the rambunctious multi-faith, multicultural zeitgeist of the city, particularly in corners where cultures and faith overlap. ..Boyagoda has crafted a novel that’s fresh and utterly original. ”
—Toronto Star

“Timely. ..supremely funny. ..Original Prin deals with much that is purely human, centering on Prin's desire to do the right thing and the very relateable hang-ups and weaknesses that constantly thwart him. Boyagoda's novels are a reminder of what Catholic literature should be like. ”
—The Catholic Register

“A winning combination of academic satire and sociopolitical commentary that leaves readers facing grim reality and acknowledging the irrationality of it all. Globally aware and witty, this is the opening title in a projected trilogy and a tale that offers a fascinating new perspective on journeys of faith and contemporary intellectual pursuits. ”
—Booklist

“Original Prin is a riotously funny satire, written more in the style of John Kennedy Toole and David Foster Wallace than [Flannery] O'Connor or [Graham Greene]. ..Boyagoda's clear, tight, prose propels the lot, and the book feels even shorter than its 223 pages. the whirling dervish of a story is dizzying at times, but is ultimately grounded buy the protagonist, whose sincerity and self-doubt allow him to function as a spiritual everyman for an internet-addled, post truth age. ”
—The American Interest

“The funniest parts are long set pieces in which people reveal themselves to be who they are, and who they are is regrettable. Boyagoda satirizes academics, Catholics, Catholicism, Islamic terrorism, family life, male insecurities, and a raft of other subjects. Prin, the child of Sri Lankan parents, feels his life isn't what it should be, but the real problem is that he knows he's not what he should be. ”
—Commonweal

“The novel surpasses self-satisfied wit and leaves us instead wincing under the weight of the cosmic spirit's humbling capaciousness. With its cosmic skewering of conscientious Catholicity and fanatical Islam, Original Prin might seem bent on ushering in a hyper-tolerance; but Boyagoda's novel does not laugh at what each of us holds most sacred so much as he laughs and hen weeps at the self-delusions of believers. ”
—The University Bookman

“Princely Umbiligoda appears to have it all—a great job as the leading expert on the marine imagery in Canadian literature; a loving family consisting of a wife and four Disney-obsessed daughters; and a strong spiritual connection to his Catholic faith. But underneath there's trouble. Trouble at home, trouble at work, trouble in the newspapers, and trouble with his prostate, troubles that lead to troubling doubts about God. And the disturbing reappearance of an old girlfriend. And a career change to. ..suicide bomber? Did I mention this is a comedy? Well, it is, a great comedy with a brisk pace and a delightfully hapless protagonist the likes of whom I've never met before. Original Prin left me eager to read many more of his exploits. Secondary Prin? Tertiary Prin? Bring 'em on. ”
—James Crossley, Madison Books

“Boyagoda tempers the subject matter with deftly cunning and witty prose, pinning classical literary references alongside the mundane beauty of office supplies. If it's possible to create a sympathetic character in a potential suicide bomber, Boyagoda has done it: Prin is a complex yet relatable man searching for, above all, a reason to live. ”
—Morgan McComb, Raven Book Store

“Original Prin is one of those books that defy classification. It's very real, yet surreal. It's funny - actually laugh-out-loud so - but sad. "
—Desi News

“A very entertaining read. ..Prin's antics are alarming and funny, but the story's themes of faith and self-deception resonate long after the last sentence. ”
—CBC Books

“Original Prin finds Boyagoda working explicitly in the tradition of comic Catholic writers such as Evelyn Waugh. ..It is fabulously rare, in our secular age, to find a novel that focuses so insistently and unironically on a character whose religion is not an ancillary aspect of his persona but absolutely central. ”
—Quill & Quire

“Boyagoda gets it right. ”
—Hamilton Review of Books

“Gleaming. ..Through his protagonist’s long and eventful life, Randy Boyagoda explores themes of shifting identity, of the diamond-hard determination to evade one’s destiny and of the inner landscapes of an island that itself undergoes a dramatic transformation . .. an ambitious book that seeks to convey the sweep of history through the prism of one island. The lush style of Boyagoda’s prose suits the novel. ”
—The New York Times Book Review (Editor's Choice)

“The Evelyn Waugh of the North. ”
—Books-in-Canada

“Governor of the Northern Province’s humour and liveliness are in welcome contrast to the dreary earnestness of so many similar books. ”
—Quill & Quire

“Boyagoda, a sharp and subtle writer, slips easily into many different characters’ heads and their internal rhythms, and lyrical lines abound…A satirical feast. ”
—The Globe and Mail

“A multifaceted, engrossing story… Prepare for a verbal feast that will thoroughly entertain and satisfy, yet leave you hungering for more. ”
—Kirkus Reviews (starred review) 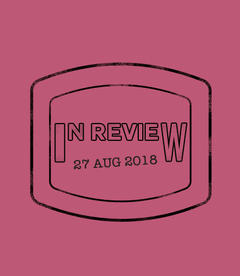 In Review: The Week of August 27

This week we interviewed a book cover designer, shared tips on getting the most out of a publishing internship, said bon voyage to CarryOnBooks, and more. 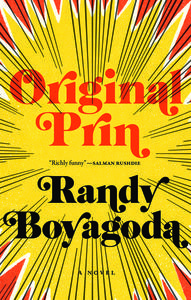 The plots inherent to contemporary Canadian novels can make the cover designer's job anything but easy – and the "humour," "family," and "suicide bomber" of Randy Boyagoda's  Original Prin (Biblioasis) is no exception. Designer Michel Vrana walks us through the design process ... Read more