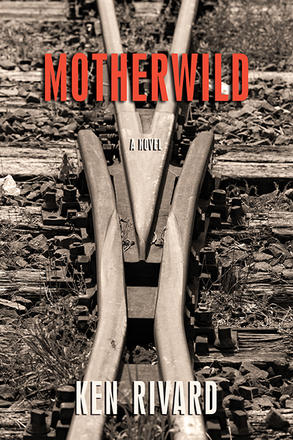 Motherwild is an unvarnished journey, a celebration and depiction of struggles to survive on a sometimes violent, sometimes loving, always alive, Montreal working-class street. Set over the course of a year beginning in December 1959, Joey Cantell is trying to figure out his ... Read more

Motherwild is an unvarnished journey, a celebration and depiction of struggles to survive on a sometimes violent, sometimes loving, always alive, Montreal working-class street. Set over the course of a year beginning in December 1959, Joey Cantell is trying to figure out his relationship with his mother. Joey's personal confusion with her has continued to grow from infancy to adolescence. The rest of the family occasionally present their own challenges, but it was Joey's "Ma" who exasperated him with her quick wit, strong will, and her drinking.

Then there was Celine Lesage, a girl living downstairs in the apartment block who reminded him of his mother as Celine too was a puzzle that drove him mad but attracted him like no one else.

Most of Joey's relationships flow from his connection to Celine and his mother, and most of his experience comes from studying their ways. But a pervasive melancholy overrides certain days as Joey struggles with thoughts of what his mother might do to herself or what he might do to her. He even contemplates using the gun he found on slippery Dion Street during a winter bank robbery to silence this mother confusion. Tension builds. Can Joey trust himself not to carry out his violent plan? What can he do to intervene and break the craziness his mother feels? Will his fantasies of Celine ever become reality? What will then become of him? Then an incredible event occurs that will change him for the rest of his life.

Motherwild is a tense drama about the growth to maturity and a teen son's desperate relationship with his mother, but it is also the story of a working-class family and the social conditions of working-class life in the 1960s.

Ken Rivard was born and raised in Montreal where he obtained a Master’s degree from McGill University. Ken is the author of ten published books of poetry, fiction, and children’s literature. His writing has appeared in numerous anthologies, in many regional and national publications, and on the CBC. Ken’s books have been finalists for the Writers Guild of Alberta Book Awards and the City Of Calgary, W.O. Mitchell Book Prize. In 2005, he was nominated for the inaugural Lieutenant Governor of Alberta Arts Awards. Ken has presented many successful readings and writing workshops across Canada and has helped in the editing of other writers’ manuscripts. He has worked as a juror for both the Alberta and Saskatchewan book awards and has been the Writer-in-Residence for The Calgary Public Library and the Writers Guild of Alberta. He lives in Calgary.

It happened so fast that I forgot about the gun.

I was standing at the front living room window watching the February sun and listening to that huge CCC fan humming in the daylight. It sounded as if both the sun and the fan got together, and gently pushed everything else aside. Beautiful. Absolutely beautiful!

Today, I saw some more beauty of my ma when she realized that the family was short of cash again. She moved Nila into her and Pa's room to sleep on a borrowed cot. Then, she rented out Nila's room to the sister of an employee who worked with Ma part-time at The United Cigar Store. That would bring in some extra money. Ma always found a way to make things work. Pa's traffic clerk salary was not enough.

The new boarder moved into Nila's room within days and we hardly knew she was there. Pa cooked his porridge and made toast for breakfast. For supper we ate meat and potatoes with peas or corn, or green or yellow beans. The new boarder knew Ma's rules right away. Within two days, the boarder gave Ma a wide berth whenever they passed in the hallway. But soon Ma was treating her like another daughter and the boarder then warmed up to everyone. I watched my ma show the young woman how important it was to walk tall and this made me want to keep my ma alive forever.

"Keep your head up with your shoulders back, not slumped. After all you are a beautiful, intelligent woman with loads to offer. Come. Look in the bathroom mirror with me. Do you see what I see?" Ma asked the boarder.

"Sort of," the boarder replied. "What do you see?"

"I see a girl . . . no, I see a woman boarding in your apartment. She's quite tall and a bit shy. She doesn't make much money, but loves her job. She'd like to be in love with a taller man. Her heart has been broken at least once. And she doesn't want to cause any trouble."

"What else can I do to lift you up? Get over yourself, will ya!"

The boarder moved out two weeks later because she got a good raise at work and was in love with a taller man. Ma hugged her by the shoulders and wished her well like a woman in a movie might do.

When I turned away from the window, the sun and the fan stopped humming for a moment just in time for me to realize how lovingly tough my ma really was and how her hands were made for me too.

And it happened so fast that I forgot about the gun.