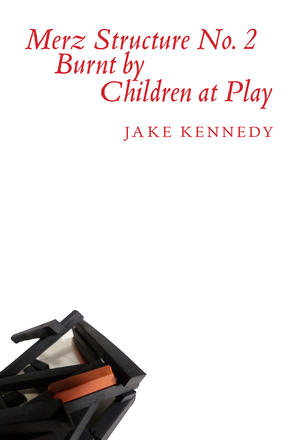 Merz Structure No. 2 Burnt by Children at Play

Merz Structure No. 2 Burnt by Children at Play

In 1981 Jake Kennedy accidentally burnt down an abandoned house. Years later as an adult, he read a story about how Kurt Schwitters' "interior house-sculpture" ("Merz Structure No. 2") was destroyed in 1951 after some children playing with matches accidentally burnt the building ... Read more

In 1981 Jake Kennedy accidentally burnt down an abandoned house. Years later as an adult, he read a story about how Kurt Schwitters' "interior house-sculpture" ("Merz Structure No. 2") was destroyed in 1951 after some children playing with matches accidentally burnt the building down. This sad 'unmaking,' so similar in nature to his own haunting experience, became the inspiration for Merz Structure No. 2 Burnt by Children at Play, a collection of experimental poetry that explores the dynamic, if often unsettling, relationship between making and unmaking, bliss and pain, utterance and silence.

As diverse in form as they are in artistic/cultural references, the poems of Merz Structure No. 2 invoke an endless bounty of characters: the poet remembers Harold Ramis; Kafka summons the courage to tell his dad where to go; another tornado razes another small town; Yorick returns to run balls-out into the sea; Louise Bourgeois smashes a tea cup against one of her sculptures.

Readers who connect with Phil Hall's artistic investigations in Killdeer and Lisa Robertson's clear-eyed take on humanity in Magenta Soul Whip will enjoy Kennedy's feeling examination of loss in Merz Structure No. 2 Burnt by Children at Play.

Jake Kennedy was born in the tobacco-land of Woodstock, Ontario and grew up in the big-box-land of Mississauga, Ontario. Now Jake lives and works happily in the Okanagan. Some of Jake's writing has appeared in McSweeney's Internet Tendency, Pissing Ice Anthology: New Canadian Poets, Drunken Boat, Kiss Machine, and The Diagram. His BookThug chapbook entitled Hazard won the 2007 bpnichol Chapbook Award. Jake also helped edit, with his artist friend Paola Poletto, Boredom Fighters: A Graphic Poem Anthology in 2008. Most recently, Jake received the Robert Kroetsch Award for Innovative Poetry for The Lateral, forthcoming from Snare Books. He is working currently on an entirely made-up (but reverent) biography of New York poet-architect Madeline Gins. Jake is also co-compiling, with his great friend kevin mcpherson eckhoff, Death Valley: a Collaborative Community Novel.

Praise for Apollinaire's Speech to the War Medic by Jake Kennedy

"Kennedy's style is stark but suggests much. "-- Jonathan Ball for Winnipeg Free Press

"For all the tight lyric cadence of [Kennedy's] poems [in Apollinaire's Speech to the War Medic], there is a lightness that moves at breathtaking speed, at breathtaking ease, leaping from point to point. "--rob mclennan for Galatea Resurrects 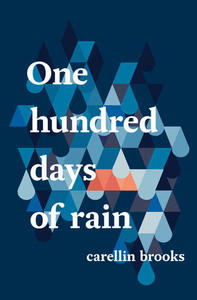 Are you hosting an event featuring an author whose titles are available on All Lit Up? Send the event details, including author, book, date, and time, to  hello@alllitup.ca to be included in our listings. ... Read more

Other titles by Jake Kennedy