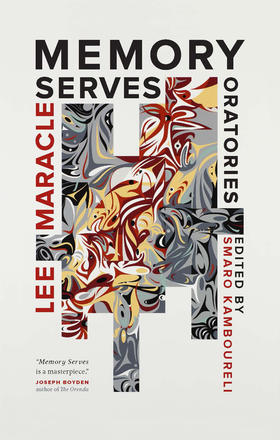 Memory Serves gathers together the oratories award-winning author Lee Maracle has delivered and performed over a twenty-year period. Revised for publication, the lectures hold the features and style of oratory intrinsic to the Salish people in general and the Sto: lo in particular. ... Read more

Memory Serves gathers together the oratories award-winning author Lee Maracle has delivered and performed over a twenty-year period. Revised for publication, the lectures hold the features and style of oratory intrinsic to the Salish people in general and the Sto: lo in particular. From her Coast Salish perspective and with great eloquence, Maracle shares her knowledge of Sto: lo history, memory, philosophy, law, spirituality, feminism and the colonial condition of her people.

Powerful and inspiring, Memory Serves is an extremely timely book, not only because it is the first collection of oratories by one of the most important Indigenous authors in Canada, but also because it offers all Canadians, in Maracle’s own words, “another way to be, to think, to know,” a way that holds the promise of a “journey toward a common consciousness. ”

Praise for Memory Serves
"[a]t this fertile moment for change in the relationship between Canada’s indigenous and nonindigenous peoples, Lee Maracle’s new collection of oratories . .. takes on even greater significance. "
~ Brian Lynch, The Georgia Straight
"The topics she covers, the approaches she employs, and the strength of her language highlight the reasons the author has been a driving force in Canadian aboriginal culture for decades. Memory Serves adds to the vital canon of Canadian aboriginal literature. "
~ Alexis Kienlen, Quill & Quire
"Memory Serves is one of Maracle's greatest books. It is a read that imparts wisdom from a great writer and it will leave you feeling empowered knowing that the wisdom of Maracle's words are being shared with you. "
~ Christine Smith (McFarlane), rabble. ca"[Memory Serves] serves by writing down Indigenous “storying up” of events, and by providing Indigenous peoples with arguments for “rematriation” and Canadians with considerable insight into another way of being and creating. The book also richly serves scholars interested in memory; ecological thought; colonization and de-colonization; resilience and reconciliation; the interface between orature and writing; and Stó:lo philosophy and culture, especially the verbal arts. "
~ Susan Gingell, Canadian Literature
"Memory Serves is a gift to all Canadians. I urge you to unwrap it slowly and get ready for something unlike anything else. "
~ Manjeet Birk, Herizons
"inspired. ..."
~ Alicia Elliott, Vice