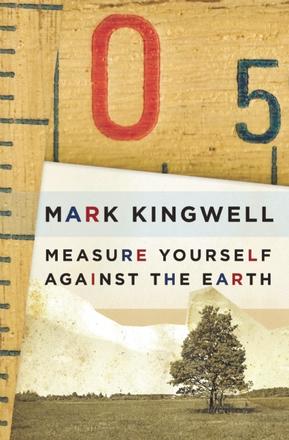 Measure Yourself Against the Earth

Measure Yourself Against the Earth

Mark Kingwell is as at home discussing Battlestar Galactica as he is civility, can find the Plato in popular culture, and sees in idleness a deeply revolutionary gesture. In Measure Yourself Against the Earth, he brings his heady mixture of critical intelligence and infectious ... Read more

Mark Kingwell is as at home discussing Battlestar Galactica as he is civility, can find the Plato in popular culture, and sees in idleness a deeply revolutionary gesture. In Measure Yourself Against the Earth, he brings his heady mixture of critical intelligence and infectious enthusiasm to bear on film, aesthetics, politics, leisure, literature and much more, showing us how each can help us to imagine and achieve the society we want. The concept of "the gift" unites many of these essays: it is in this idea, kingwell arguespersuasively, in which we may be able to refashion the real world of democracy. "An activist, fugitive democracy. A living democracy that is no opaque demand but a real thing—a society. Democracy: the gifet we keep on giving each other."

Smart, engaged, and wide rnaging, Mark Kingwell's Measure Yourself Against the Earth confirms its author as among our leading cultural theorists and philosophers.

Mark Kingwell is a Professor of Philosophy at the University of Toronto and a contributing editor of Harper's Magazine. He is the author or co-author of eighteen books, including the national bestsellers Better Living (1998), The World We Want (2000), Concrete Reveries (2008), and Glenn Gould (2009). His most recent books are the essay collections Unruly Voices (2012) and Measure Yourself Against the Earth (2015).

Praise for Mark Kingwell & Measure Yourself Against the Earth

“An original approach to where we are as a civilization.”—The Washington Post “[Measure Yourself Against the Earth] is written in a fun, almost whimsical, tone that befits the topic, and lends well to readability”—Library Journal “Mark Kingwell is a beautiful writer, a lucid thinker and a patient teacher … His insights are intellectual anchors in a fast-changing world.”—Naomi Klein, author of No Logo “An engaging collection from an urbane, observant writer of admirably lucid prose.”—Kirkus Reviews “Smoothly splicing together personal narrative, philosophical inquiry and historical analysis, frequent Harper’s contributor [Mark] Kingwell … wears his learning lightly.”—Publishers Weekly “The writing is elegant, often poetic. It appeals to the thoughtful reader who thrives on insights into the way humans interact.”—The Globe & Mail “An enlivening continuation on Kingwell’s previous work as well as a good place to start for those new to him.”—The Globe & Mail

Other titles by Mark Kingwell