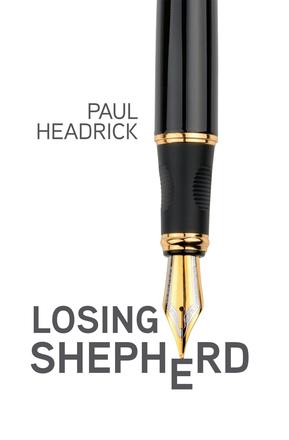 Canadian literary star Gordon Bridge is delighted with his celebrity, his famiy, and his bond with fellow writer Taylor Shepherd, whom he has been friends with since they were teenagers. Bridge publishes a highly critical review of Shepherd's much-lauded new novel, showing off ... Read more

Canadian literary star Gordon Bridge is delighted with his celebrity, his famiy, and his bond with fellow writer Taylor Shepherd, whom he has been friends with since they were teenagers. Bridge publishes a highly critical review of Shepherd's much-lauded new novel, showing off how his commitment to writing trumps social conventions. After his friend confronts him, however, he realizes that his pan is a catastrophe of self-deception: he has attacked a masterpiece. The review destroys the friendship, and Bridge's world starts to crumble.

Afflicted by guilt, Bridge stops writing. He struggles to overcome his paralysis and recover his creativity, but suffers an intensifying series of punitive side effects. He develops a chronic and crippling stiff neck, his marriage collapses, his parents suffer a horrible accident, and an act of terror threatens his safety. Desperate, Bridge begins a memoir, an urgent attempt to come to terms with his past, including his friendship with Shepherd, but also his relationship with his ambitious mother and his troubled love for his two sons. The reader learns that the novel is this memoir.

Paul Headrick is the author of a novel, That Tune Clutches My Heart, (Gaspereau Press; finalist for BC's Ethel Wilson Fiction Prize), and a collection of short stories, The Doctrine of Affections (Freehand Books; finalist for the Alberta Book Award for Trade Fiction). He has also published a textbook, A Method for Writing Essays about Literature (Thomas Nelson). Paul has an M.A. in Creative Writing from Concordia University and a PhD in English Literature from York University. He taught creative writing for many years at Langara College in BC, and gave workshops at writers' festivals from Denman Island to San Miguel de Allende, Mexico.

I'd made a mistake. I reviewed The Stendhal Effect, Taylor's new book. Because our relationship itself was famous--the two young novelists, literary stars, friends since childhood--and because I criticized, I got plenty of attention. You remember. The review splashed the Globe book section, blasted around the internet, and for months dominated discussion in our nation's snug, sensation-hungry literary world.

I had kept it a secret from him, to surprise him, and he was surprised.

"What were you thinking?"

Indeed. I knew, the moment after he asked the question, or I felt the weight of the knowledge--like the weight of a big meal that still needed digesting. It didn't take long after I'd hung up the phone to know exactly--just an hour or so of moving around my study, looking in on the boys and then going back to the study, picking up the book, putting it down. Finally, I flipped through the pages, reading a bit. It was better than Heart City, which was very fine, but still a first novel. Also a step further from An Earlier Encounter (and no, I haven't forgotten that Encounter won the Giller and made the Booker short list).

I had panned a masterpiece.

Such self-deception. I had manufactured flaws that didn't exist, I'd invented subtle literary, even moral, failings, and I'd been so stupidly enthused by my project that I hadn't acknowledged to myself what I was doing.

I held the book in my hands. Stared at it.

I'd been showing off our friendship. Look, everybody. Observe how I can discern the subtle problems to which others will be blind. Behold, oh behold, the strength of our connection, the power of our love, and our respect for literature: enough strength, power, and respect for one to assimilate from the other such cold, public scrutiny. Readers would know that Taylor expected nothing less from me and that my analysis formed the hard stuff of real friendship.

For several days it satisfied me to be ashamed of my attention-seeking. Then, I dropped a glass. I tripped. I tugged harder than necessary at Leo's jammed jacket zipper and saw fear in him. The realization I'd been trying to refuse emerged through these ugly little signs: the shameful truth so quickly settled on appealed to me because I could face it more easily than another, deeper truth, much more painful. My story that I'd merely been grandstanding amounted to still another self-serving lie.

The Stendhal Effect didn't die, my review didn't kill it, but of course I established a context that influenced other reviewers. Sales stalled. Face it, that result was predictable, and I'd ignored it. I'd tried to damage Taylor. I'd always recognized the competitiveness between us, but what accounted for this urge to wound? For how long had this sickening aggression been building in me? 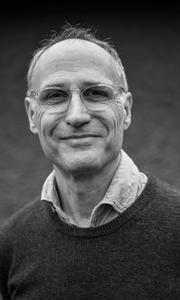 Paul Headrick whose soon to be published novel - Losing Shepherd (Signature Editions) releases in February, sits down with us Q&A-style to talk about which writers have influenced his writing, his current book recommendations, and how communication is the key in setting ... Read more

Other titles by Paul Headrick