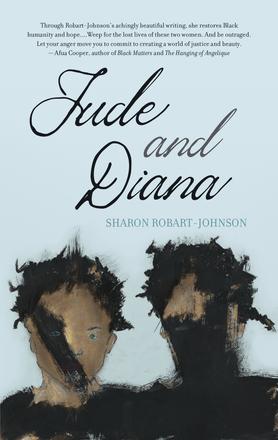 The only mention of Jude in Nova Scotia’s official history relates to her death: a slave-owning family was brought to trial for her murder in 1801. They were acquitted despite overwhelming evidence that they were guilty. Sharon Robart-Johnson pays tribute to such archival ... Read more

The only mention of Jude in Nova Scotia’s official history relates to her death: a slave-owning family was brought to trial for her murder in 1801. They were acquitted despite overwhelming evidence that they were guilty. Sharon Robart-Johnson pays tribute to such archival glimpses of enslaved people by re-creating the fullness of sisters Jude and Diana’s survival, emphasizing their joys alongside their hardship. She stories their movements through the U. S. to Nova Scotia, Canada, with the arrival of the United Empire Loyalists in 1783. As a child, Jude is sold away and then, by a lucky turn of fate, reunited with her fiercely loving family. Jude’s experiences harden her into a rebel who resists injustice without heeding consequences, and after her death, Diana is left alone to deal with racist and sexual violence.

Through Robart-Johnson’s research, we experience nineteenth-century Nova Scotia, when political debates about abolishing slavery were just beginning to emerge. Through Robart-Johnson’s creativity, we enter the historical fiction of Jude and Diana and their strong familial bonds, each character developed with nuance and care. While chronicling the cruelty they endured, Robart-Johnson’s storytelling powerfully honours their humour, strength, and shining dignity.

Sharon Robart-Johnson was born in the South End of Yarmouth; she is a thirteenth-generation Nova Scotian. Her roots reach back to the Expulsion of the Acadians in 1755, to the arrival of the Black Loyalists in Shelburne in 1783, and to an enslaved person brought to Digby County in 1798. In 2009 she published her first book, Africa’s Children: A History of Blacks in Yarmouth. Her years of archival experience and passion for researching Black history have most recently culminated in historical fiction, a way to honour those omitted from colonial archives.

“How do we honour the lives of two enslaved women who were murdered in Nova Scotia? Sharon Robart-Johnson does that through her deft recreation of the lives of Jude and Diana, who endured cruelty and brutalization at the hands of their White enslavers. The author excavates the story, and through fiction, brings it into the light of day. Jude and Diana speak once more. And what a story they tell! By speaking the names of Jude and Diana, and putting flesh on the bones of their story, Robart-Johnson provides what was denied them at the hands of the magistrates of Yarmouth County—justice. The author does not shy away from recounting the violence of brutalization Whites wrought on the bodies and soul of Black people. But through her achingly beautiful writing, she restores Black humanity and hope. Let your heart be moved by the sorrow and pain that is continuously braided through the story. Weep for the lost lives of these two women. And be outraged. Let your anger move you to commit to creating a world of justice and beauty. The story of Jude and Diana has finally come to light and we thank Sharon Robart-Johnson for being the torchbearer. ”

— Dr. Afua Cooper, Author of Black Matters and The Hanging of Angelique

“Meticulously researched and unflinching in detail, Jude and Diana puts flesh and bones on the plight of enslaved Black people in Nova Scotia, who are too often reduced to a sterile footnote in the polite version of Canadian history. In its explorations of Black dignity, deferred justice, and the responsibility of “good” white bystanders, this historical novel is deeply relevant for our present time. ”

— Chad Lucas, journalist and author of Thanks A Lot, Universe

“Sharon Robart-Johnson imagines Jude and Diana out of the depths of the colonizer’s archives. Let us seek them, celebrate them, and with Robart-Johnson, listen for the lessons they might have for us today. ”

“This is a story of Jude whose strong will and unyielding spirit resisted the cruel bonds of slavery in Nova Scotia where she hoped to find freedom and, instead, found her place in history. ”