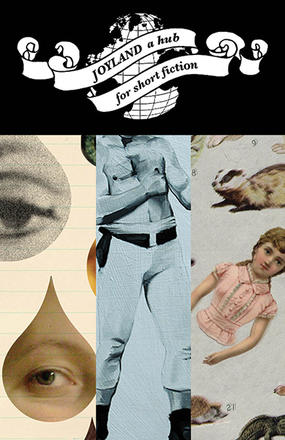 How I Came to Haunt My Parents by Natalee Caple

"Moving . . . unsettling." ?The New York Times on The Heart Has Its Own Reason

How I Came to Haunt My Parents by Natalee Caple

"Moving . . . unsettling." ?The New York Times on The Heart Has Its Own Reason

Natalee Caple is the author of several books including the forthcoming novel, In Calamity's Wake, from HarperCollins. In this beautifully written suite of short fiction, Caple explores fables from the dark side of adulthood and her animals and humans are imbued with modern complexity.

Why They Cried by Jim Hanas

"Hanas writes with a swift clip, deploys images so judiciously and vividly, and demonstrates real insight into the way we live now." ?The Rumpus

Whether it's a report from the real Cannes or a young couple discovering that reading Jacques Derrida aloud can lull their child to sleep, Jim Hanas finds the strange in the everyday and the everyday in the strange.

Jim Hanas is the author of Cassingle and Single, two e-book collections of short stories that previously appeared in McSweeney's, Fence, One Story, The Land-Grant College Review, Bridge, Twelve Stories, and elsewhere. His non-fiction and humor pieces have appeared in Slate, Radar, Print, and The New York Post. He lives in New York.

Chris Eaton is the author of three previous novels, including Chris Eaton: A Biography (2013), selected as one of the Books of the Year by Quill & Quire and the Toronto Star. He also spent many years making music in the band Rock Plaza Central. Chris currently lives in Ottawa with his partner and their two children.

Natalee Caple is the author of nine books of poetry and fiction. Her work has been nominated for the KM Hunter Award, the RBC Bronwen Wallace Award, the Gerald Lampert Memorial Award, the ReLit Award and the Walter Scott Prize for Historical Fiction. Her latest novel, In Calamity's Wake, was published in Canada by HarperCollins and in the US by Bloomsbury. The novel in translation was published by Boreal and has been sold separately for publication in France. Natalee is an associate professor at Brock University.

Other titles by Jim Hanas

Other titles by Chris Eaton

Other titles by Natalee Caple