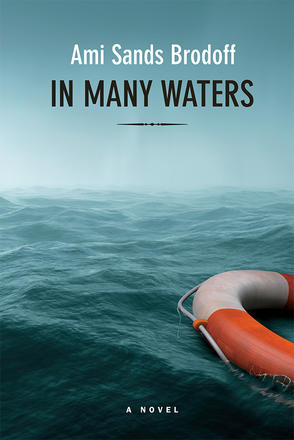 In Many Waters is the gripping story of three orphans whose lives intersect on the island of Malta during our current, urgent refugee crisis. Zoe, a budding historian, comes to Malta with her younger brother Cal to learn more about their Maltese mother, as well as the mysterious ... Read more

In Many Waters is the gripping story of three orphans whose lives intersect on the island of Malta during our current, urgent refugee crisis. Zoe, a budding historian, comes to Malta with her younger brother Cal to learn more about their Maltese mother, as well as the mysterious circumstances surrounding their parents' untimely deaths. The siblings' well-mapped plans are derailed when Cal, who is a daily swimmer in the Mediterranean, discovers a girl floating in the sea, barely alive. The small, battered fishing boat on which she has journeyed from Libya to Malta capsized in a storm: Aziza is the sole survivor. Meanwhile, Zoe returns to the site of her parents' drownings and stumbles across a trail of clues which lead to the discovery of an unknown family member, unearthing a chain of life-changing secrets. In Many Waters brilliantly mines the hearts and minds of characters in extremis, the unforgettable tale of the ways that we love and help one another and how the choices we make reverberate through generations.

Ami Sands Brodoff is the award-winning author of three novels and a volume of stories. Her previous novel, The White Space Between, about a mother and daughter struggling with the impact of the Holocaust, won The Canadian Jewish Book Award for Fiction. Bloodknots, a volume of thematically linked stories about families on the edge, was a finalist for The ReLit Award. Ami's debut novel,Can You See Me? was nominated for The Pushcart Prize.

"In Many Waters feels like a miracle. In her ambitious, cross-cultural examination of love in absence, Ami Sands Brodoff covers huge swaths of time and space with a remarkably light touch. The novel manages to be simultaneously local and global, domestic and political, intimate and vast. Brodoff's portrayal of the hardship of refugees is timely, wise, and moving. I fell for each of these characters--especially Zoe and Cal--siblings orphaned by their parents even while their parents still lived. As soon as I turned the final page of this extraordinary novel, I wanted to read it again. "
--Angie Abdou, author of Between

"Orphaned at an early age, Zoe and Cal both long to understand and occupy their lives. When they visit the island of Malta, Zoe finds herself drawn into the several mysteries surrounding her parents' lives and deaths. Meanwhile, Cal becomes involved with trying to rescue an illegal immigrant. As the narrative moves between Malta and Mexico, Marrakech and Montreal, past and present, Ami Sands Brodoff weaves their complex stories into a deeply satisfying and suspenseful narrative. In Many Waters is a splendid and very timely novel. "
--Margot Livesey, author of Mercury and The Flight of Gemma Hardy

"This captivating novel explores the unmaking and remaking of families, as well as the dark secrets and grim histories that can destroy lives--a few of which can be salvaged and redeemed by love and hope. In Many Waters is a profound and moving work. "
--Joseph Kertes, author of The Afterlife of Stars and Gratitude

"In Many Waters is a deeply intelligent and emotionally resonant story about two sets of orphaned siblings and the dark waters that can keep secrets hidden for only so long. The living mourn the dead, while the dead speak across the lost years to the living about bonds of love, blood, and the shared wounds of history. A moving journey of weeks and months and years, awash with compelling characters. "
--Zsuzsi Gartner, Giller finalist, author of Better Living Through Plastic Explosives 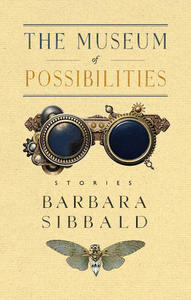