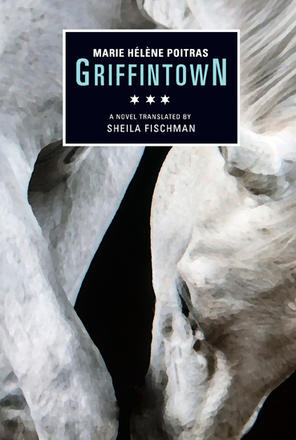 Loaded with grit, heart, murder, and desire, Griffintown harnesses the style of a Spaghetti Western to tell the exhilarating story of the calèche drivers of Old Montreal, the city’s urban cowboys. It s a novel ulike any other — a story of sorrow and renewal, of unexpected ... Read more

Loaded with grit, heart, murder, and desire, Griffintown harnesses the style of a Spaghetti Western to tell the exhilarating story of the calèche drivers of Old Montreal, the city’s urban cowboys. It s a novel ulike any other — a story of sorrow and renewal, of unexpected moments of grace.

The sun rises on Griffintown after the months of snow under which the city of Montreal has been dormant. It is the dawn of the season of survival. Men and horses return to the stable. Winter has taken some of their number. Fewer are coming back. Some men, like John, pick up the reins like a bad habit. For others, past lives trail behind them, and Griffintown is their last chance. Marie comes looking for a job that will bring her closer to the horses she loves. She is not aware of the lives of desperation led by man and horse, nothing like the romantic ideal she has of them.

Marie Hélène Poitras was born in Ottawa and lives in Montréal. She received the Prix Anne-Hébert for her first novel, Soudain le Minotaure (2002, reissued by Alto in 2022; Suddenly the Minotaur, DC Books, 2006). Her short story collection La mort de Mignonne et autres histoires (Alto, 2017) was a finalist for the Prix des libraires du Québec. While Griffintown (Prix France-Québec and finalist for the Prix Ringuet) was inspired by her experience as a carriage driver in Old Montréal, Sing, Nightingale, an ode to creation, draws on her travels in the French countryside.

“Surprises and seduces in both its narrative voice and stylistic brio. Marie Hélène Poitras is a writer to follow closely!”

“There is something of a great writer in Marie Hélène Poitras. ”

“A ride in the Far West that is not to be forgotten. ”

“Full of characters imbued with sensuality and mystery. The reader will not want to leave. ”

“A real Western, where good and evil clash as in the time of Jesse James . .. a great trip to a little known world. ”

“Poitras writes beautifully, realizing her world in a rich, emotional prose that invites the reader to settle in for a long, slow read. Her sensuous language evokes empathy for the horses, their riders, and ways of living that have lost their place in the city. ”

“A novel that is akin to the great westerns of Cormac McCarthy. ”

Other titles by Marie Helene Poitras